BOOKPLATES & TRADE CARDS -- A collection of bookplates, also including trade tickets for printers, engravers and binders, bookseller's bills and a few etchings and engravings. The collection comprises

BOOKPLATES & TRADE CARDS -- A collection of bookplates, also including trade tickets for printers, engravers and binders, bookseller's bills and a few etchings and engravings. The collection comprises: a) Charles William SHERBORN. Approximately 250 bookplates designed by Sherborn together with several etchings (c.1860-1911), the majority mounted on card. Included are some impressions of plates in early states; an original design for Viscount Combermere's bookplate, signed and lettered by Sherborn but never completed; Sherborn's own bookplate with an explanation in his own hand of its meaning; and an original design for the bookplate of Lloyd Baron Kenyon of Gredington, with a letter dated February 12 1889 concerning the same and annotated as "not quite as engraved." b) William Phillips BARRETT (1861-1938). Approximately 70 bookplates designed by Barrett, a close associate of Bumpus, the majority mounted on card. c) George W. EVE (1855-1914). Approximately 50 etched bookplates by Eve, several in proof state, a number signed, the majority mounted on card, also 4 original sketches. d) A collection of approximately 650 bookplates, dating from c. 1690 to the late 19th-century, most mounted on card, several with notes attatched, arranged alphabetically. e) Two boxes containg approximately 130 trade tickets and advertisements, mainly for printers, engravers, bookbinders and booksellers, together with circulating library labels and a few bookseller's bills, as well as a few bookplates, from the late 18th-century and the 19th-century, the majority mounted on card. f) Three solander boxes containing miscellaneous bookplates and a few etchings and engravings, including a signed woodcut by Gwendolen Raverat, 2 etched bookplates by D.Y. Cameron and a number of typographic designs and booklabels by Reynolds Stone, also a woodcut alphabet dated 1950, one of 300 copies. (a lot) 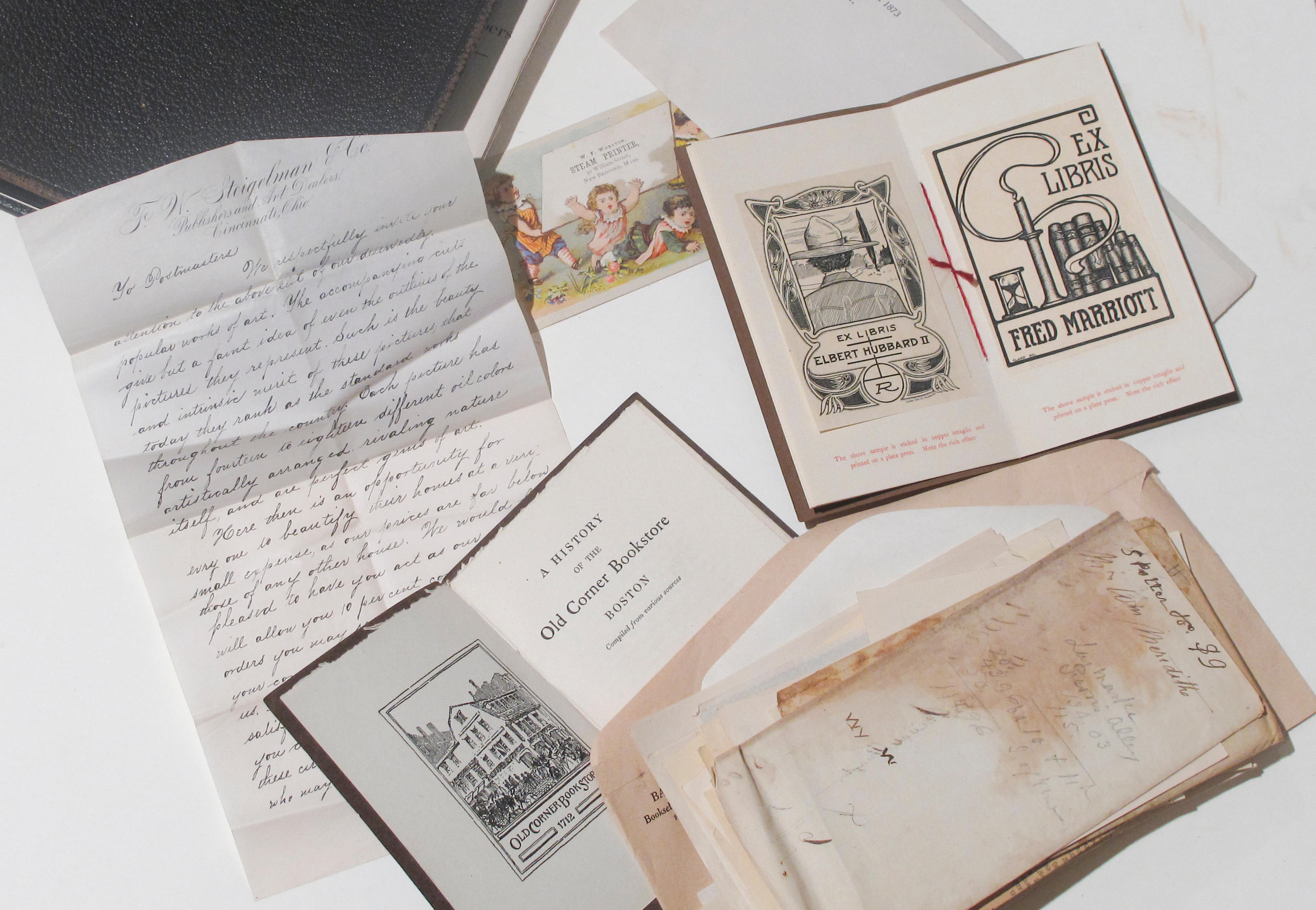 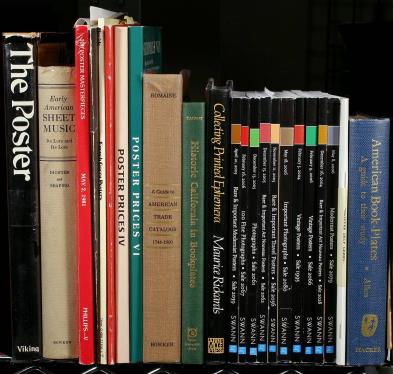 Lot of 25 volumes of Ephemera related re