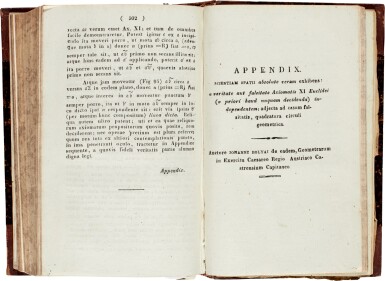 Bolyai, János Appendix. Scientiam spatii absolute veram exhibens, a veritate aut falsitate Axiomatis XI Euclidei (a priori haud unquam decidenda) independentem in: BOLYAI, Farkas. Tentamen juventutem studiosam in elementa matheseos purae... introducenti. Tomus primus (-secundus). Maros Vásárhelyi: Reformed College, Joseph and Simeon Kali, 1832-1833 2 volumes, 8vo (205 x 125mm. & 208 x 118mm.), the Appendix at the end of volume 1 (and complete), volume 1: folding letterpress plate, 5 folding engraved plates, one with 6 (of 7) overslips; volume 2: 10 folding engraved plates (plate 7 with 10 slips, plate 8 with 4 slips, plate 9 with 3 slips, plate 10 with 6 slips), contemporary half calf over marbled boards, a few small paper repairs, with slight loss of text on pp. xi-xiv of vol.2, lacking pp.389-396 and 402-402 in vol.2, one plate detached, a few small repairs to spines SCARCE FIRST EDITION of János Bolyai's treatise on non-Euclidean geometry, "THE MOST EXTRAORDINARY TWO DOZEN PAGES IN THE HISTORY OF THOUGHT" (Halsted), issued as an appendix to his father Farkas's mathematical textbook for students at the Reformed College of Maros Vásárhelyi. János had been working on Euclid's parallel axiom in the 1820s, unaware of Lobachevsky's similar (though less comprehensive) research until he saw the German translation in 1848. Farkas had sent an offprint of his son's research to Gauss (Lemley's census, no. 25), who replied to say he had been working on this himself, though without publishing anything. Bolyai's non-Euclidean system was completely independent of Euclid's fifth postulate, and was applicable to varieties of curved space. Its full implications were not fully appreciated until the early twentieth century when it provided the mathematical basis for the Theory of Relativity. The similarities with the eventual dissemination of Lobachevsky's research are remarkable. Both Bolyai and Lobachevsky worked in remote towns where their work first appeared in a publication of limited circulation. Both were subsequently translated into French by Hoüel in the 1860s, then into English by Halsted in 1891 (see lot 34 for Halsted's translation of Lobachevsky), though Lobachevsky's German translation (1840) was earlier than Bolyai's, which did not appear until 1868, translated by Franz Schmidt. The book was printed on the college press in modern Târgu Mures (Transylvania), which at the time was part of the Habsburg dominions. According to the list of subscribers, around 156 copies were printed (probably indicating a print run in the region of 200 copies), and around 30 are still recorded (see Lemley's census of copies); while very few copies are identical in make-up, the Appendix is generally complete, as here, and this copy is more complete than many others. The Reformed College was the oldest Hungarian school in Transylvania, and the town still houses the Teleki Library, established in 1802 by Count Samuel Teleki and which subsequently acquired János Bolyai's papers and now contains the Bolyai Museum. Lemley's article contains a detailed bibliographical analysis of surviving copies, as their make-up, including this copy, varies widely. The first volume is the most complete state (of eight) with the pages LIII-XCVIII (which were not present in Norman), and quire xviii4 is misbound; the second volume is state 2B (of 4) paginated [vi] xvi [Index Tom II] 400pp. (with several errors in imposition: the main body of text runs to p. 336, then two mis-imposed sheets of signature 22 follow, resulting in duplication of some pages and absences of others. The text then continues from pp. 353 to 388, with the ‘Lectori salutem’ (which usually occurs in the prelims) misbound. The text then jumps to p. 397 and ends at p. 400. Importantly, however, all the portions of the Tentamen that refer to and discuss the Appendix are present. A FINE ASSOCIATION COPY. Dr Paul Stäckel, the owner of this set of Bolyai's works, was the first great scholar and historian of non 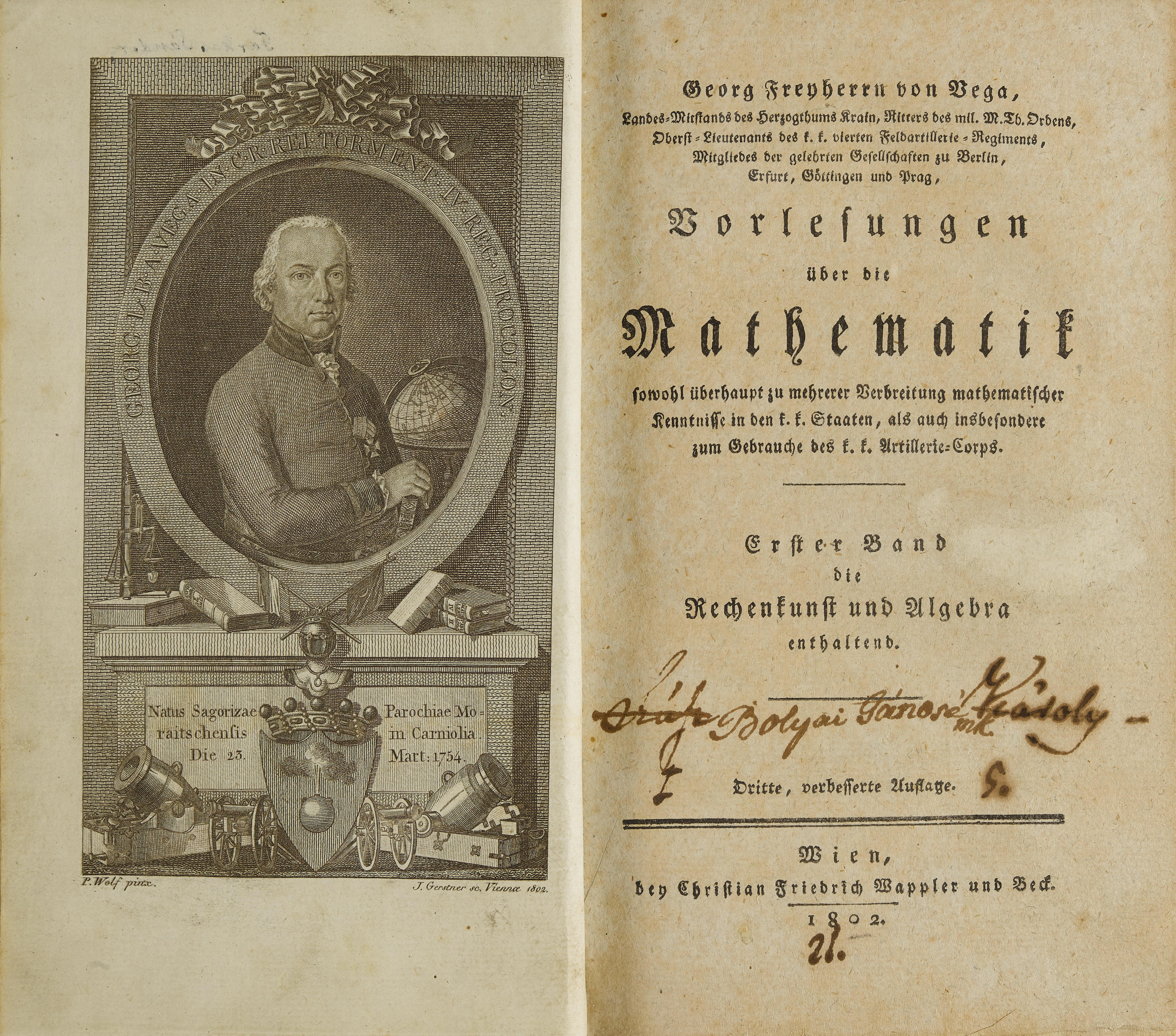 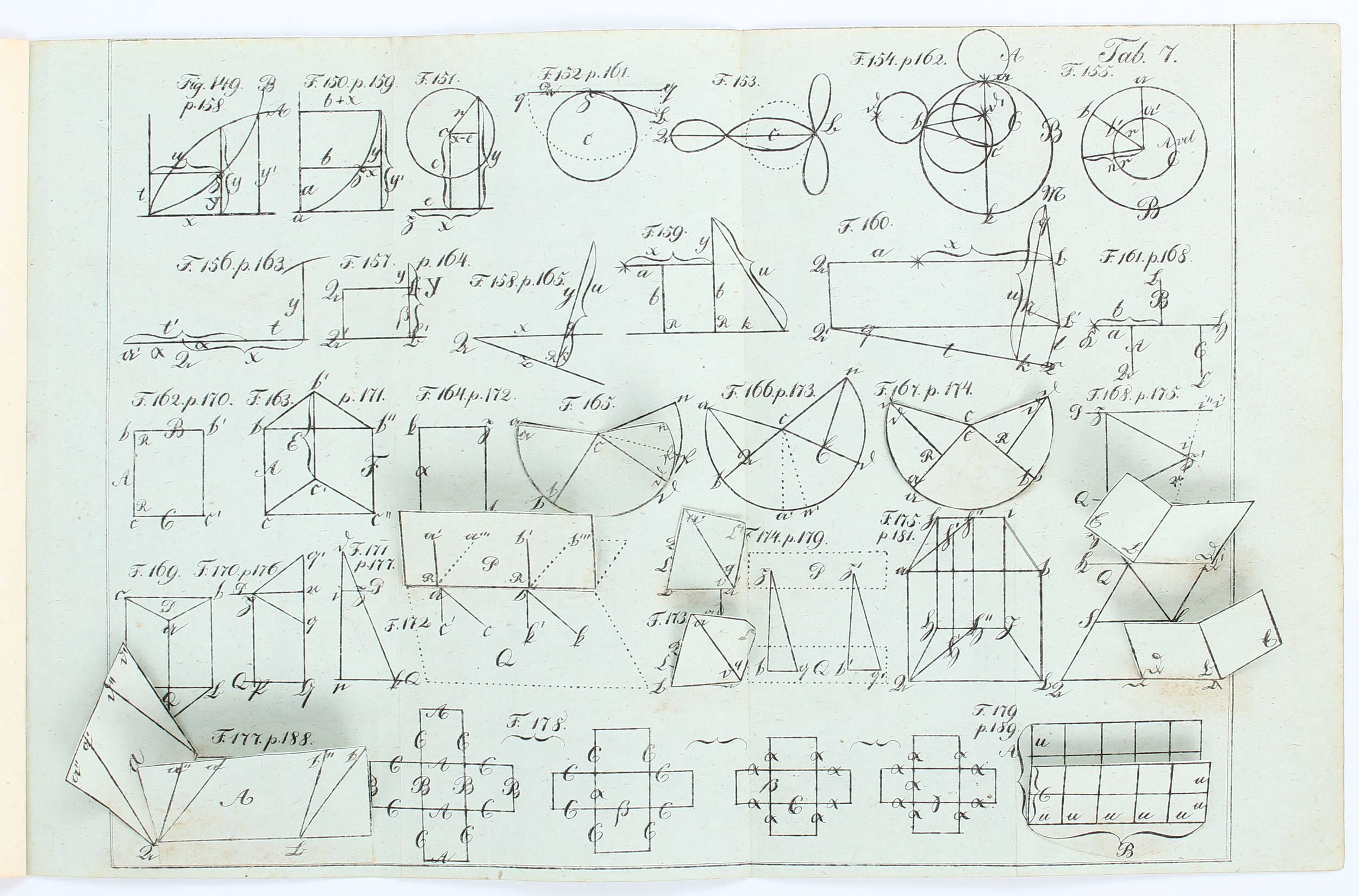 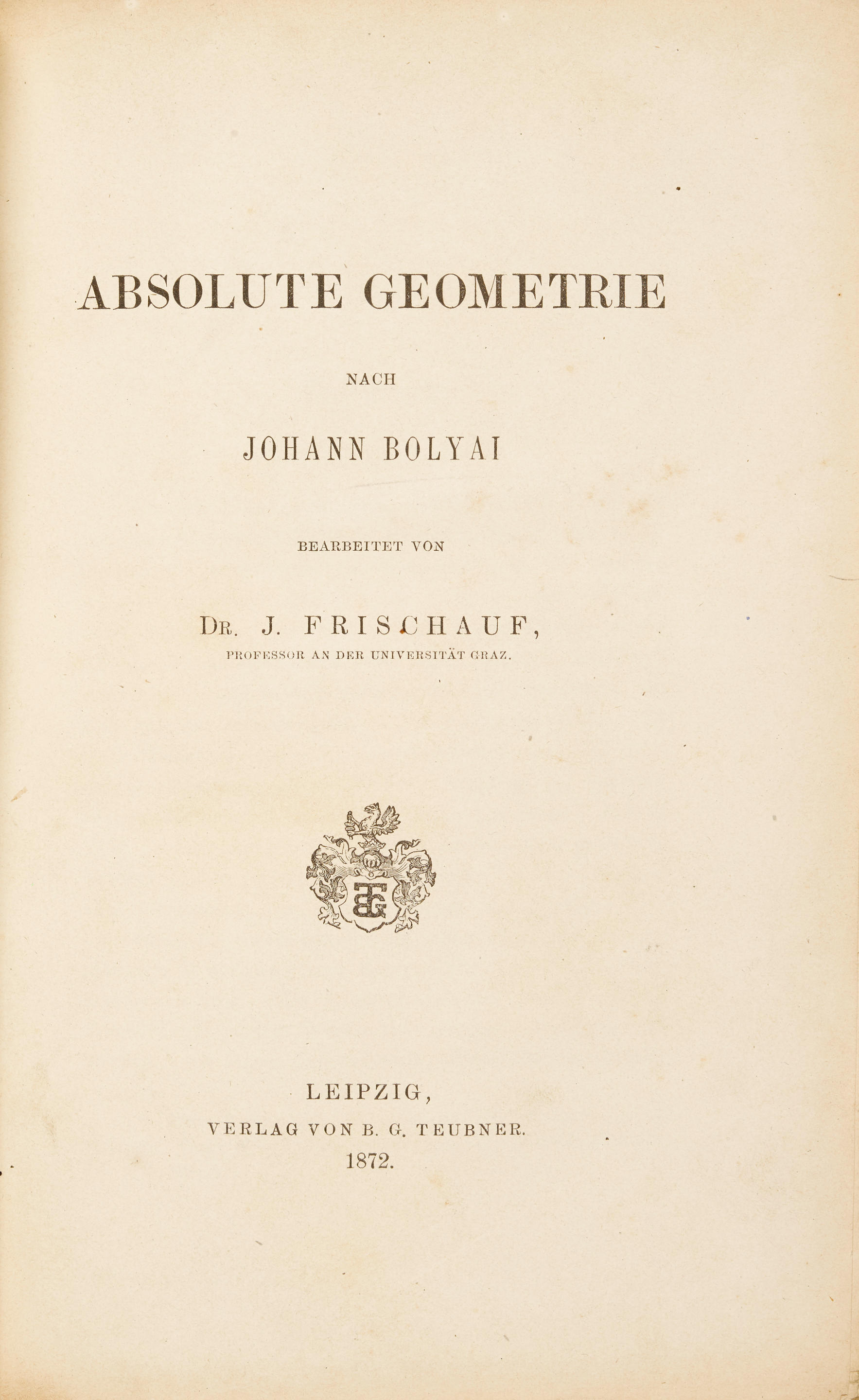 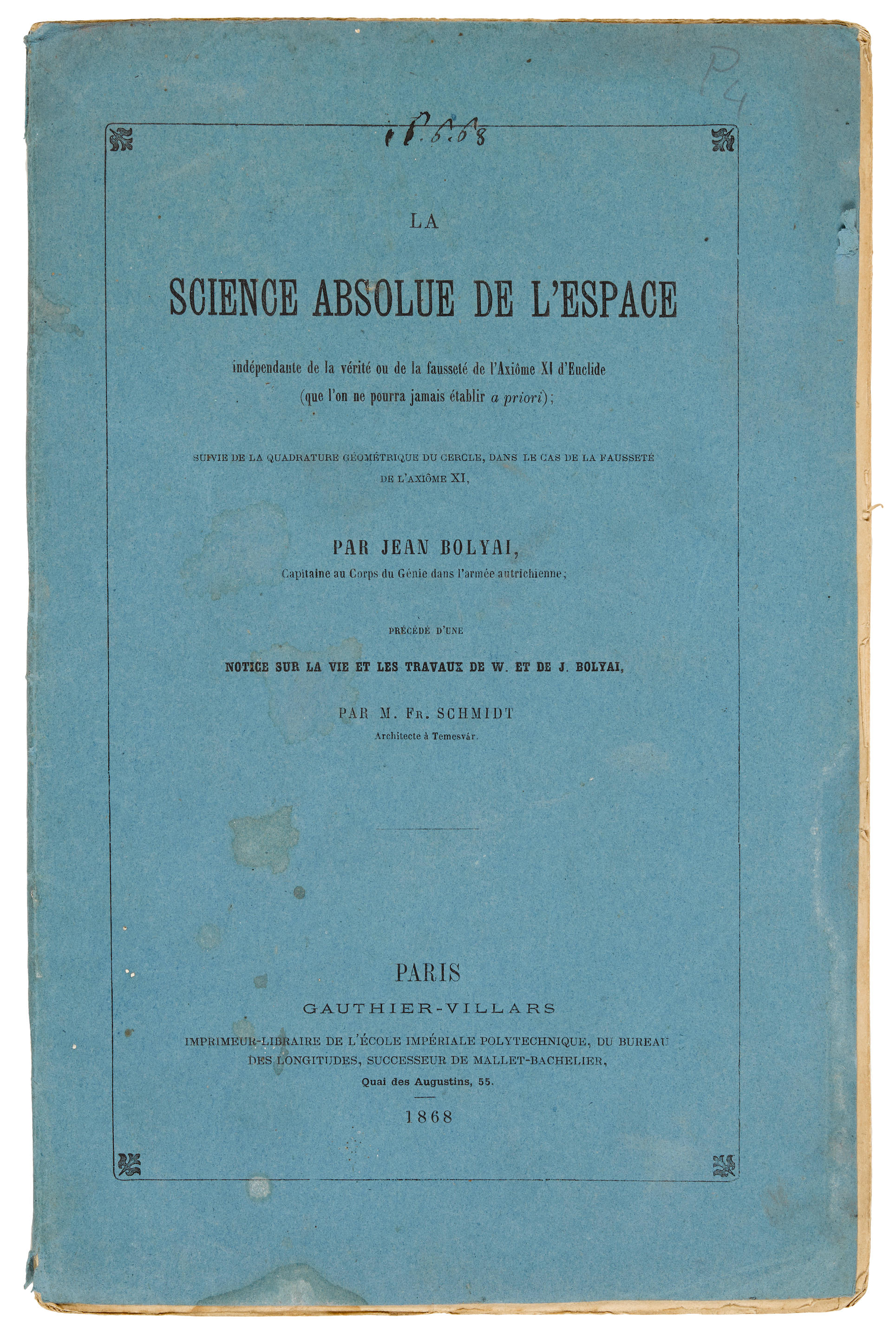