BOCCACCIO, Giovanni (ca 1313-1375). De claris mulieribus . Ulm: Johann Zainer, [1473].
BOCCACCIO, Giovanni (ca 1313-1375). De claris mulieribus . Ulm: Johann Zainer, [1473]. Chancery 2 o (276 x 189mm). Collation: [1-11 1 0 12 8 ]. 114 (of 118) leaves, lacking 11/1, 11/2, 11/9 and 11/10. 32-34 lines, headline on rectos. Type: 1:117G. 78 (of 81) woodcut illustrations from 79 blocks by the Boccaccio Master (cf. Weil p.24),the first slightly colored with pale green wash, two others clumsily colored in brown wash or ink, 2-sided woodcut historiated border incorporating initial 'S' opening first chapter with pale green and pink wash, woodcut outline initials. Bearer type on 11/1r, 9r. (Lacking four leaves [fols. 99, 100, 107 and 108], small marginal repair on 5/1, text toned on 5/3, some minor marginal soiling, but a fine crisp copy.) 19th-century antique-style quarter pigskin and beveled oak boards. Provenance : some early annotations (some slightly cropped) -- German institutional stamp on pastedown -- Boies Penrose (bookplates) -- Acquired from John Fleming, 1976. FIRST EDITION, AND THE FIRST ILLUSTRATED BOOK PRINTED AT ULM. Boccaccio's De claris mulieribus was the first collection of biographies devoted exclusively to women. Boccaccio was inspired to write it as a companion to "Lives of Famous Men" by his elder contemporary and mentor, Petrarch. He includes women from mythology, legend and history, intentionally rescuing some nearly lost to obscurity, and choosing famous, not necessarily virtuous, women. He excuses his preference for pagan to religious women by noting that saints' lives are recorded elsewhere. It was a popular work, known in over 100 manuscripts, was widely translated by the end of the 15th century, and was a source for Chaucer, Christine de Pisan, Edmund Spenser and others. Zainer's Boccaccio is an important witness to Renaissance humanism north of the Alps, and it is noteworthy that the first edition should appear in Germany. The German humanist physician Heinrich Steinhöwel was closely involved with Zainer's press and his translation into German of this work appeared soon afterwards. Amelung dates the German edition to 1474, since only the Latin edition appears in Zainer's advertisement printed early that year, while CIBN gives it slight precedence over the Latin edition, judging by the condition of the woodblocks. The woodcuts, by the eponymous Boccaccio Master, are the earliest series of Ulm woodcut illustrations, and appear in their fullest complement. They probably derive from Franco-Burgundian pictorial sources. The blocks were subsequently used for the German edition. In his Introduction to the History of Woodcut (vol. I, p.305) Arthur Hind describes the remarkable woodcut illustrations of the 1473 Zainer Boccaccio as "oblongs about 3 x 4 1/4 inches in size, full of life and humour, but restrained. The figures are longer, smaller-headed and more graceful than those of most Augsburg blocks of the same period, and the compositions are more rhythmical in character." Included among the lacking leaves in this copy is the illustration of the apocryphal female Pope Joan, the earliest of its subject which has often been defaced or removed from the book; and the leaves with incorrect (or corrected) headings to chapters 93 and 100. This copy with the colophon in the second state containing the statement about textual correctness and dated 1473. H *3329; BMC II, 521 (IB. 9110-11); GW 4483; CIBN B-513; BSB-Ink B-559; Amelung, Frhdruck , 9; Schreiber 3510; Goff B-716. 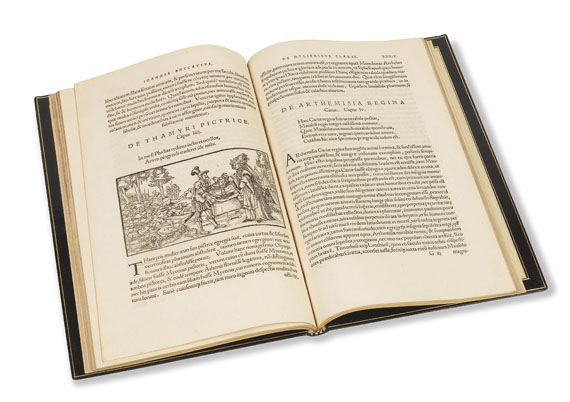 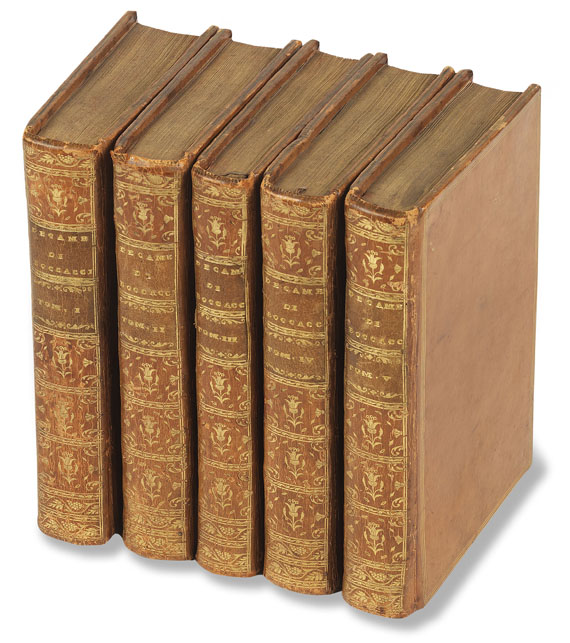 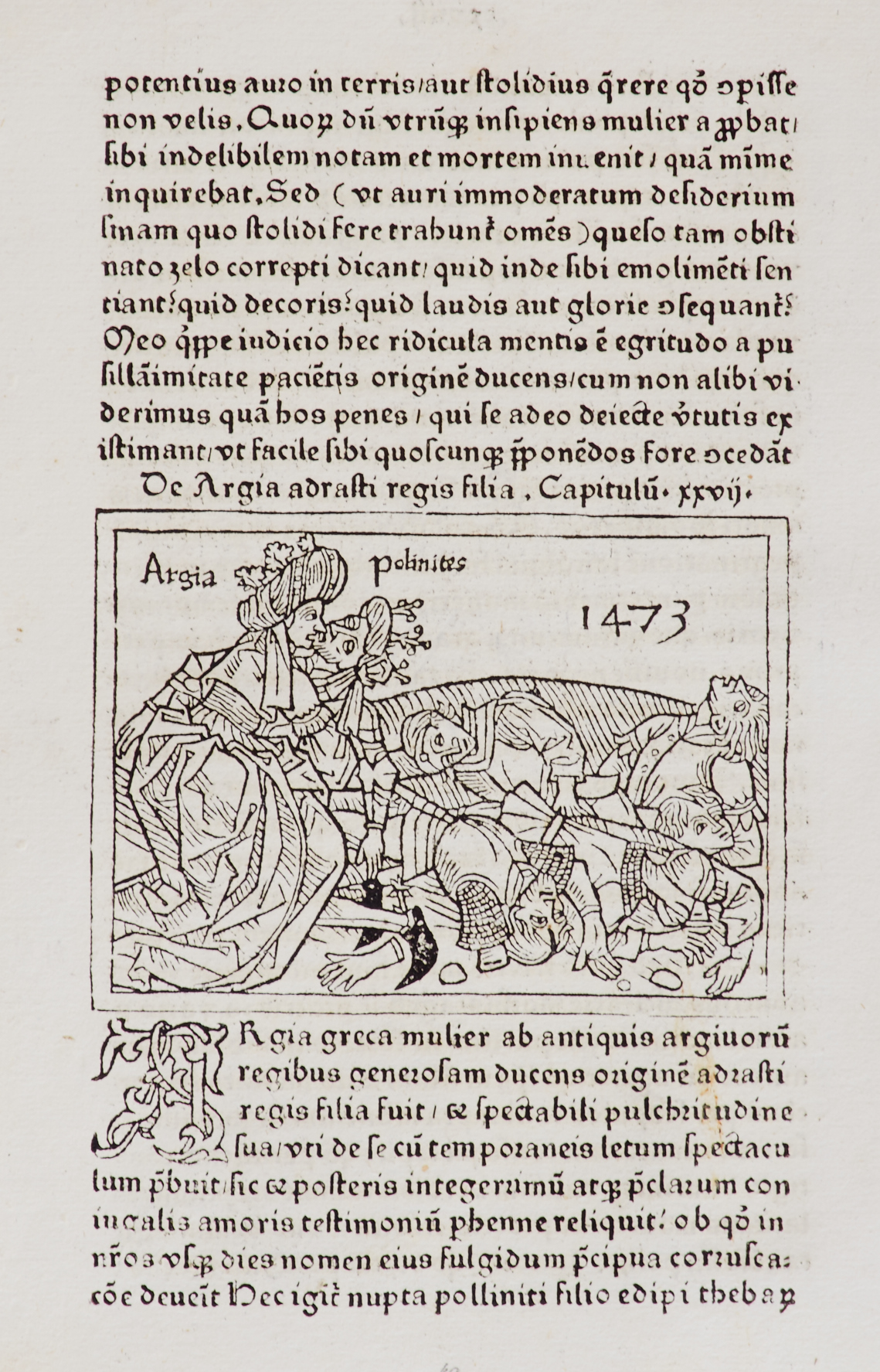