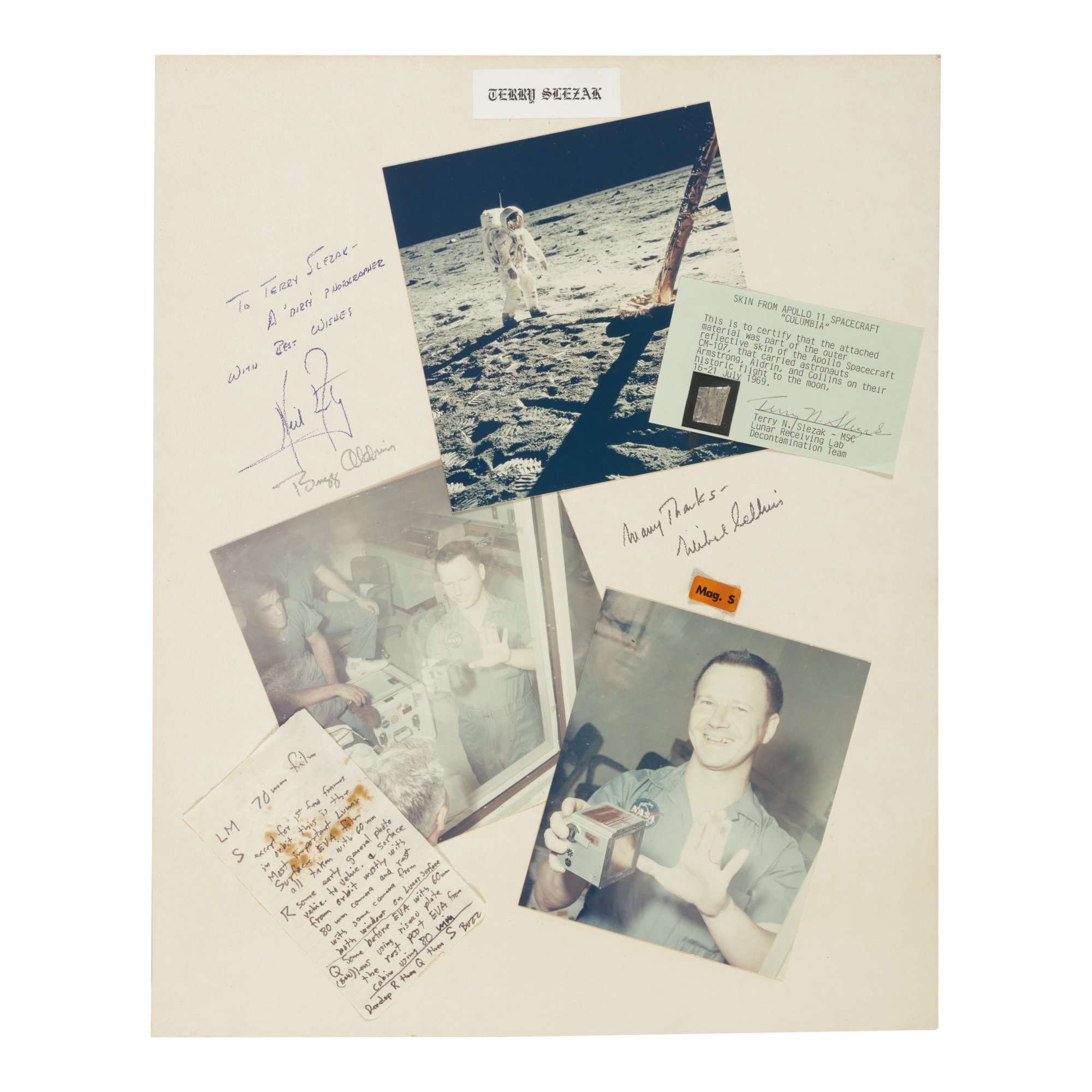 FLOWN TO & USED ON THE LUNAR SURFACE DURING APOLLO 11 6 items mounted together on a special presentation board, 19½ by 15¾ inches, SIGNED AND INSCRIBED to Terry Slezak by NEIL ARMSTRONG:”TO TERRY SLEZAK - / A ‘DIRTY’ PHOTOGRAPHER/ WITH BEST WISHES./ NEIL ARMSTRONG,” SIGNED BY BUZZ ALDRIN, and SIGNED AND INSCRIBED by MICHAEL COLLINS “MANY THANKS - / MICHAEL COLLINS.” As listed below: 1. USED ON THE LUNAR SURFACE. Metal "Mag. S" label (1 by 1 1/2 inches), taken from the left side of the Apollo 11 Lunar Surface Hasselblad 70 mm Film Magazine "S", which was carried out onto the lunar surface in Tranquility Base during Neil Armstrong and Buzz Aldrin's EVA on Apollo 11, and then dropped onto the lunar surface by Neil Armstrong as he loaded equipment back onto the Lunar Module using the Lunar Equipment Conveyor (LEC). The Apollo 11 lunar surface Hasselblad 70 mm Film Magazine "S" was transferred from NASA to the Smithsonian National Air and Space Museum in 1970, where it is still housed, and can be seen at the following link, clearly missing its leftside "Mag. S" label: https://airandspace.si.edu/collection-objects/film-magazine-hasselblad-70mm-apollo-11-lunar-surface-0. The "Mag. S" label can be seen in-situ, before being removed by the Apollo 11 crew and gifted to Slezak, in item 4 below. 2. WRITTEN ON THE LUNAR SURFACE, Autograph manuscript signed "BUZZ" (5 1/2 by 3 1/2 inches), written in the Lunar Module following he and Armstrong's historic moonwalk, and then stowed along with the magazines in the "70mm Mag" outer decontamination bag, being a description of the contents of the three most important lunar surface film magazines, and stating as regards "Mag. S": "Except for 1st few frames in orbit this is the Most important Lunar Surface EVA film... Develop R then Q then S. Buzz." TO OUR KNOWLEDGE, THIS IS THE FIRST DOCUMENT TO HAVE BEEN ENTIRELY HANDWRITTEN AND SIGNED WHILE ON THE LUNAR SURFACE. 3. FLOWN piece of Skin from the Apollo 11 Command Module "Columbia" (1/2 by 3/4 inch), mounted onto 5 by 3 inch card. 4, 5, & 6. Vintage photographs of: Buzz Aldrin walking on the moon (taken with Film "Mag S"; Slezak holding Hasselblad film "Mag. S" in one hand, showing his other hand stained with moondust (hence Armstrong's reference "To a Dirty Photographer"); Slezak in quarantine, Magazine "S" in hand, with flown autograph letter signed from Aldrin (item 2 above) visible inside of the film magazine outer decontamination bag, labeled "70 MM MAGS". INCREDIBLE LUNAR SURFACE ARTIFACTS FROM APOLLO 11, INCLUDING THE FIRST AUTOGRAPH MANUSCRIPT TO BE WRITTEN ON THE LUNAR SURFACE. A unique presentation gifted from the Apollo 11 Crew to Terry Slezak, the "Dirty Photographer" who later came to be known as "The first man to touch moondust with his bare hands". ITEMS FLOWN TO THE LUNAR SURFACE ARE EXCEPTIONALLY RARE, AND THOSE ITEMS ACTUALLY USED OUT ON THE LUNAR SURFACE EVEN MORE SO. WE KNOW OF NO OTHER DOCUMENTS TO HAVE BEEN ENTIRELY HANDWRITTEN AND SIGNED WHILE ON THE SURFACE OF THE MOON. After their moonwalk, Neil Armstrong and Buzz Aldrin loaded up the gear that was to come back with them to Earth, including the lunar surface cameras and moon rocks. These items were placed onto a conveyor belt, known as the Lunar Equipment Conveyor (LEC). In the course of doing so, the Hasselblad pack containing Film Magazine "S" fell off the LEC and landed on the lunar surface, becoming covered in moon dust. Armstrong & Aldrin explained the circumstances of this in the Apollo 11 Technical Crew Debriefing: "Armstrong: Concerning the LEC, I had neglected to lock one of the LEC hooks which normally wouldn't have caused any trouble. ...However, for an unknown reason when I got the SRC [Sample Return Container, i.e. Rock Boxes] about half way up, the Hasselblad pack just fell off... When it fell onto the surface, it was covered with surface material... Aldrin: Did the film magazine hit the pad or drop right to the surface? Armstrong: I think it hit the surface cl 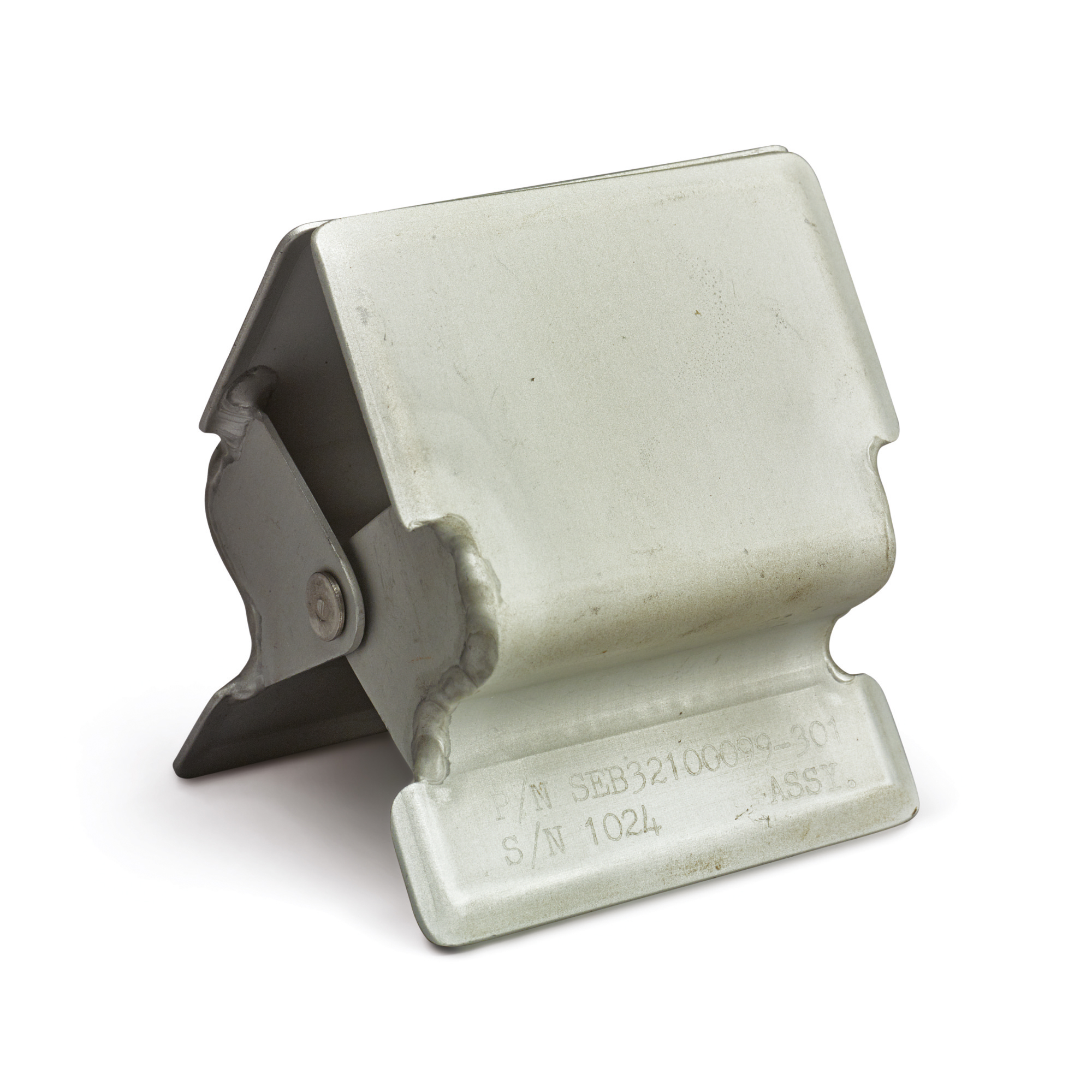 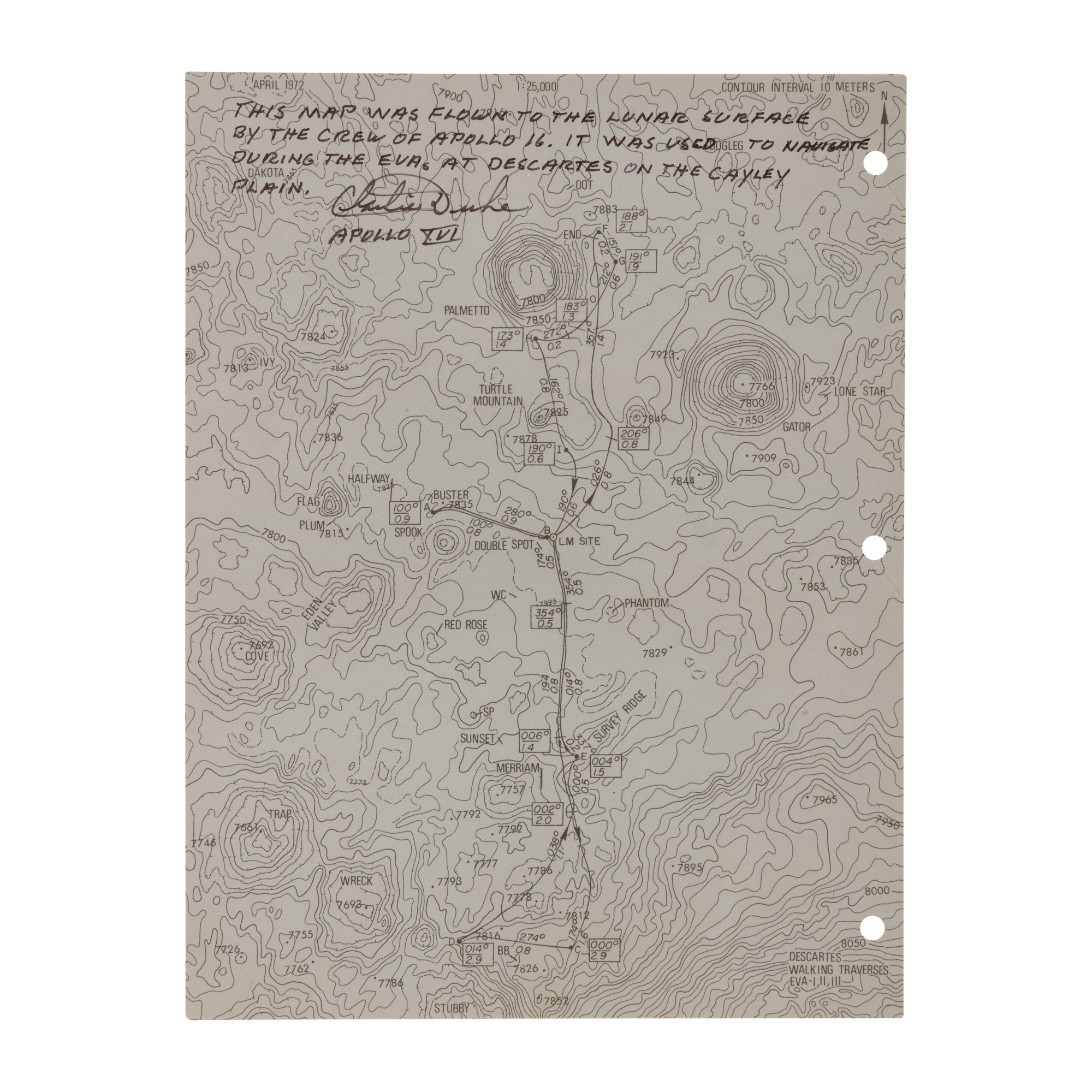 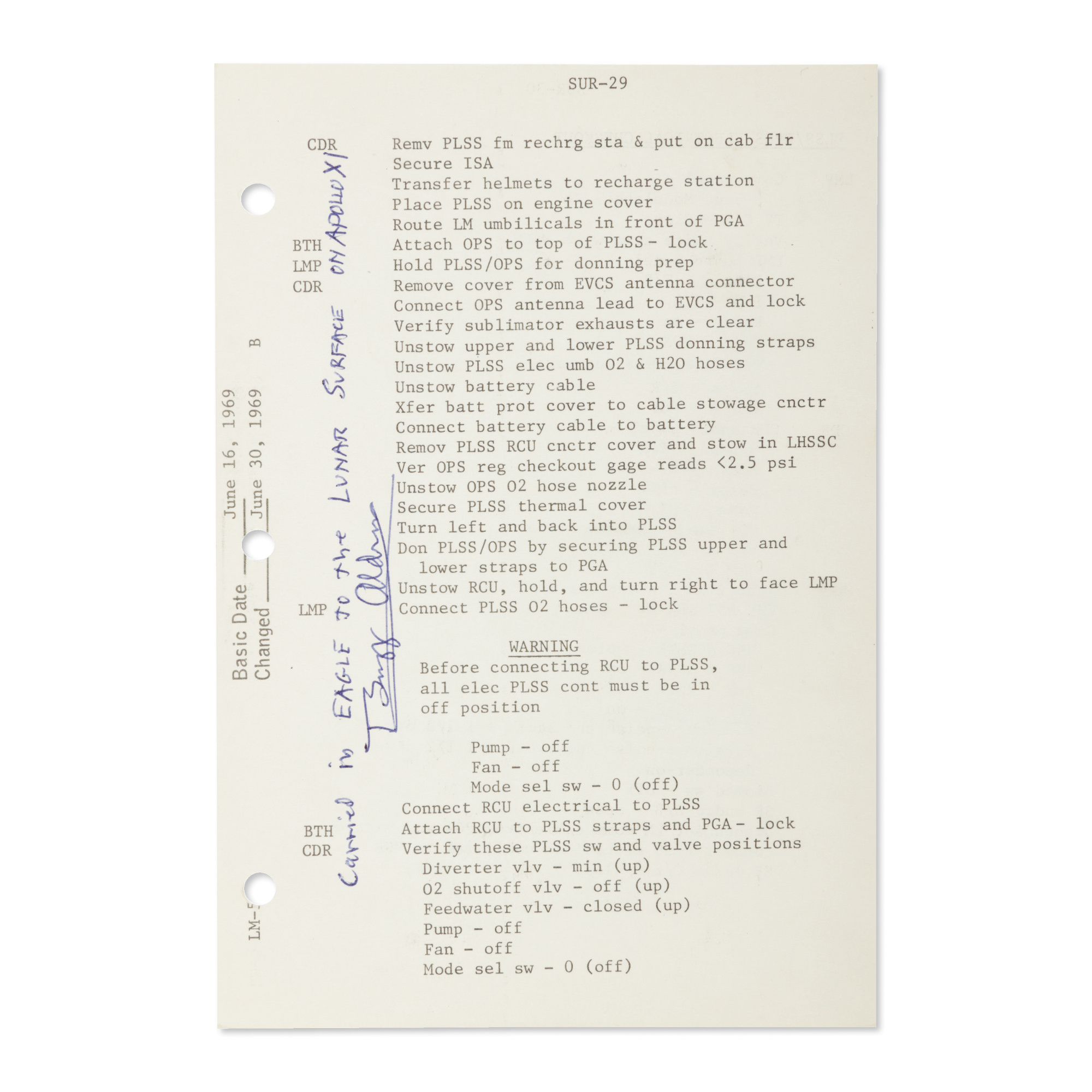 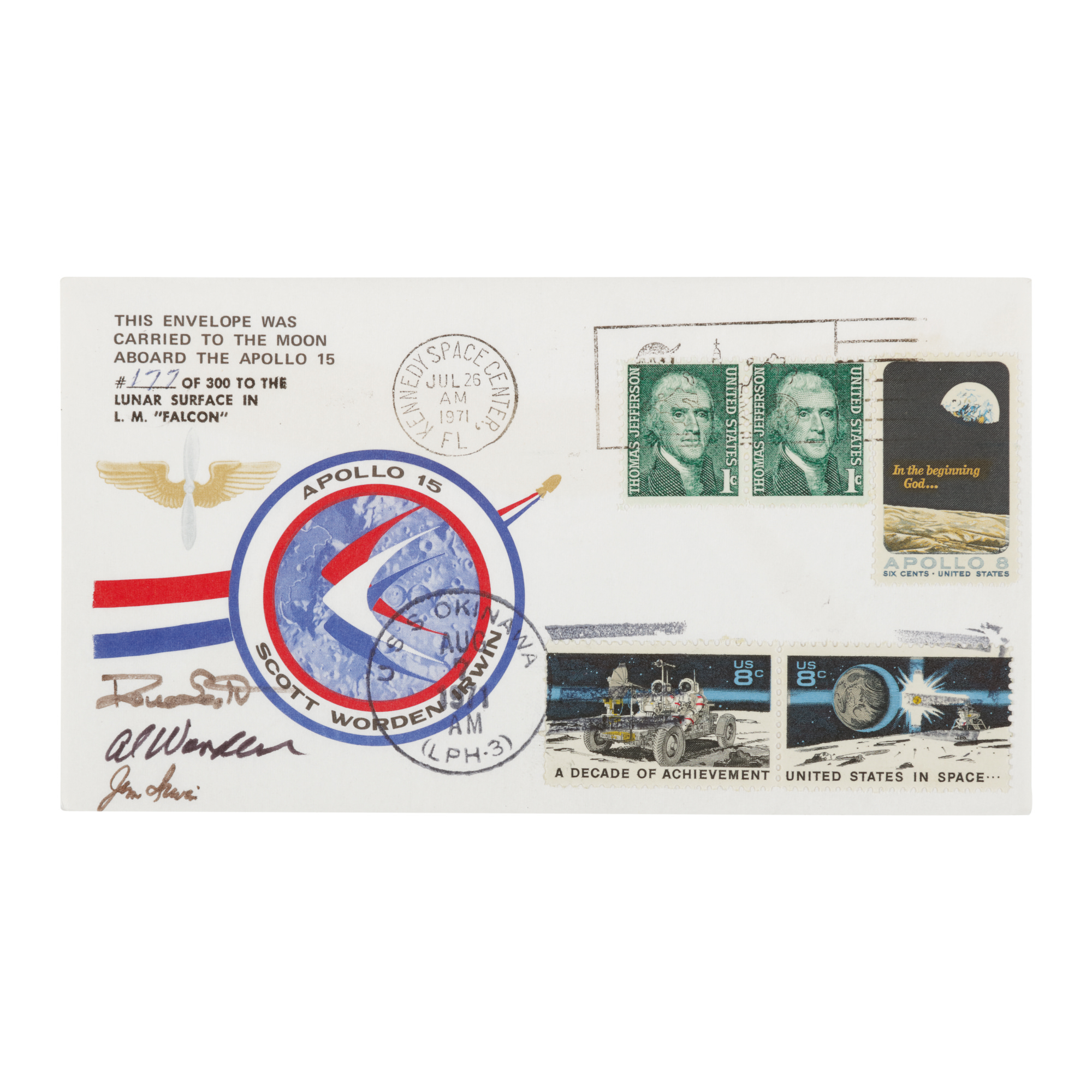 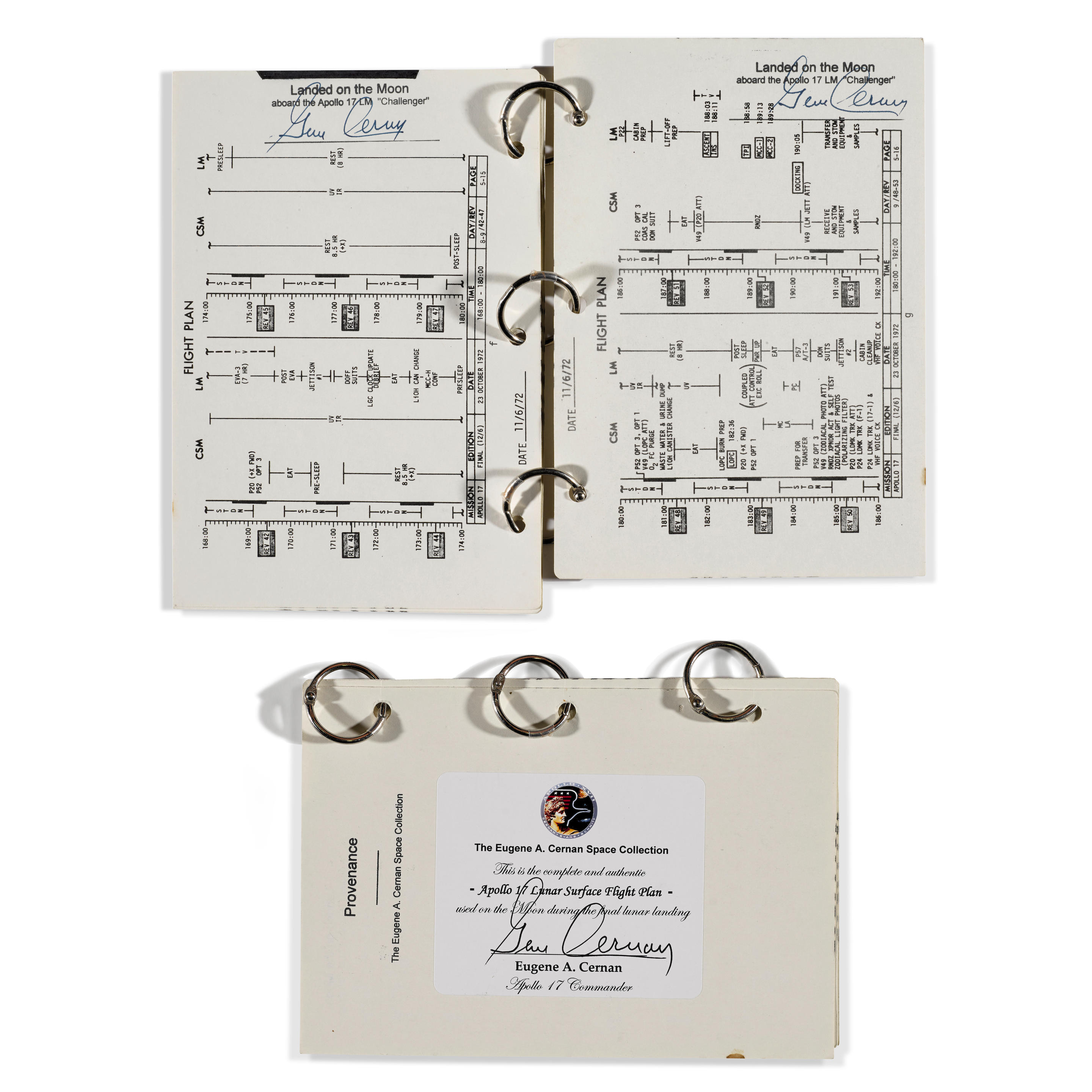 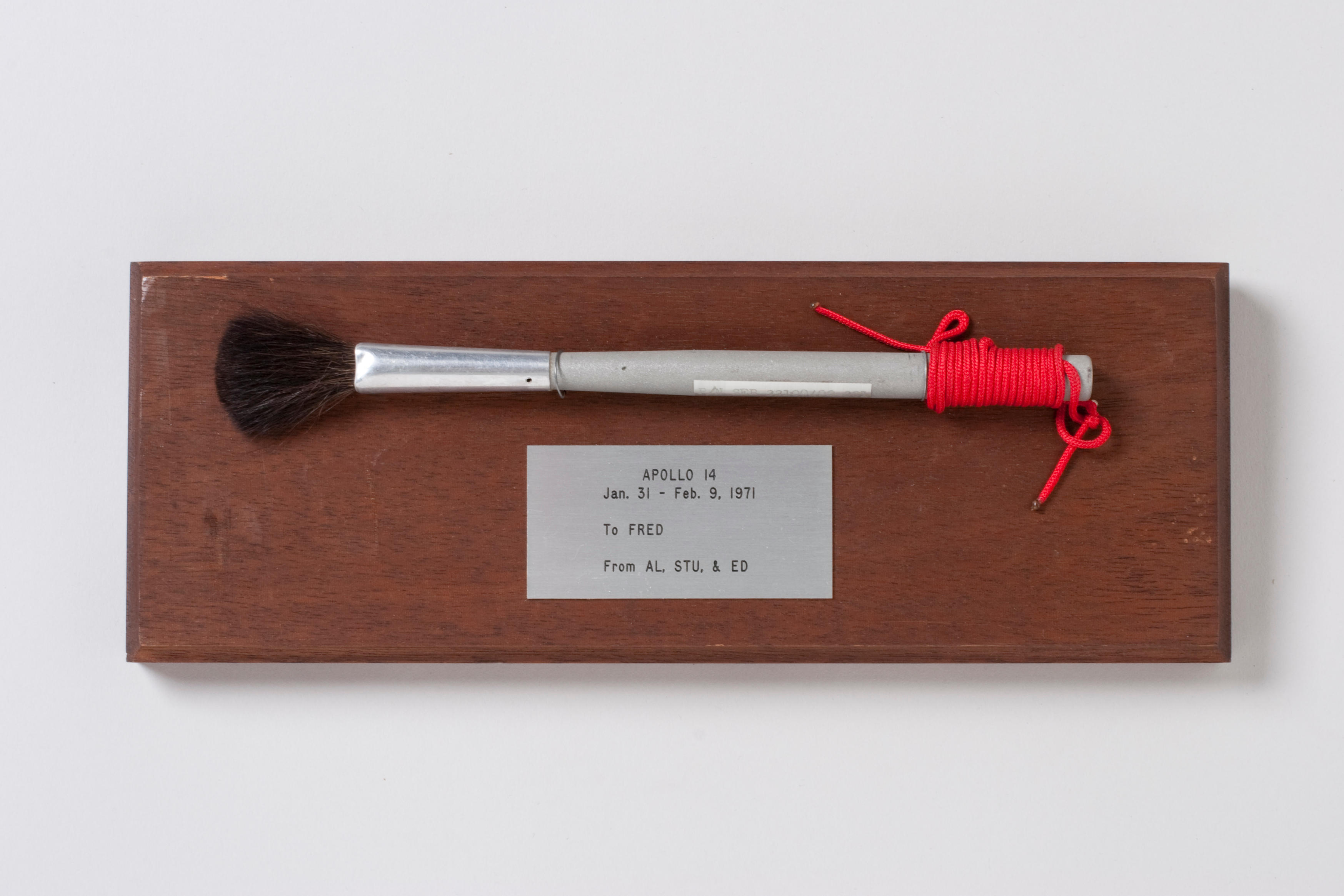 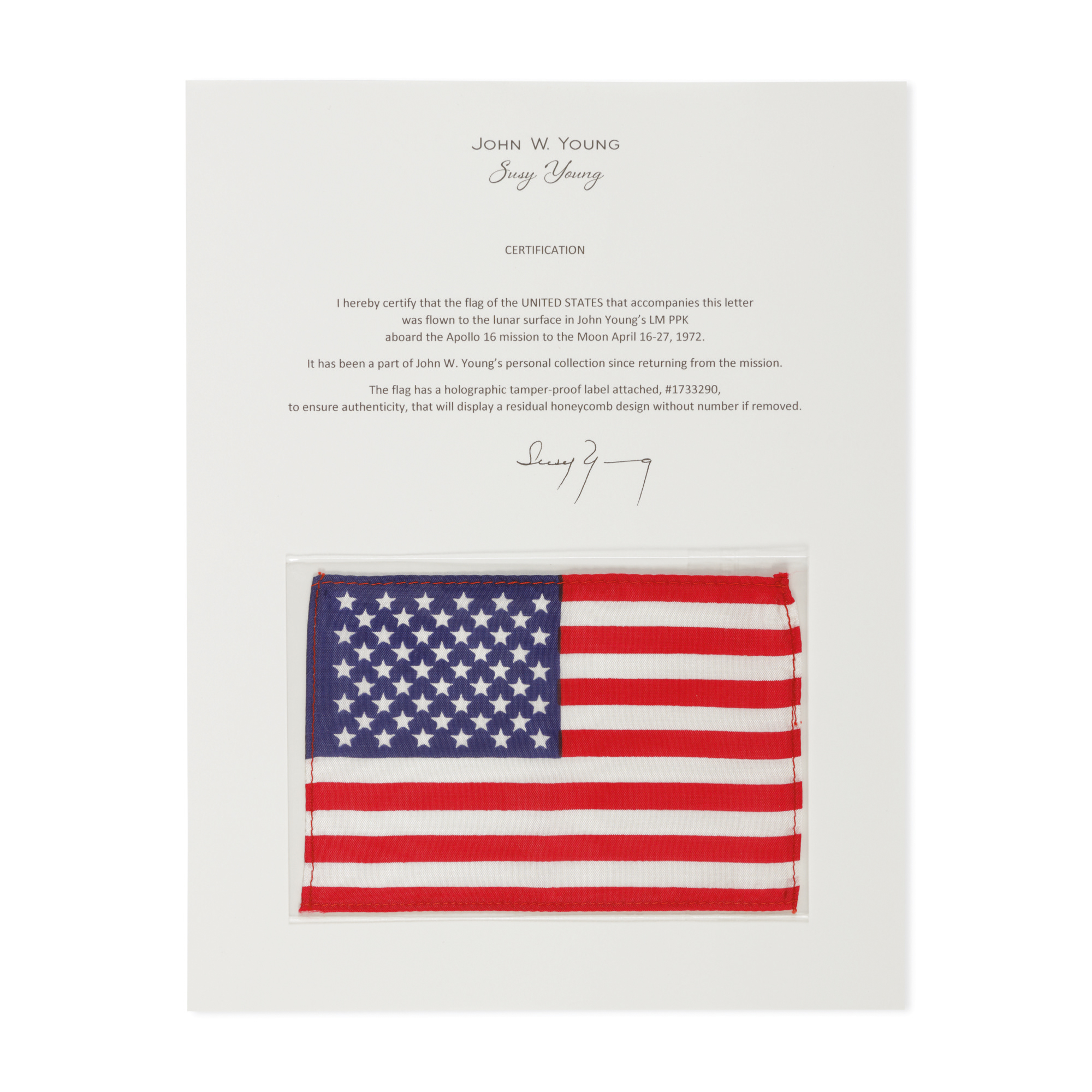 [APOLLO 16]. FLOWN TO THE LUNAR SURFACE 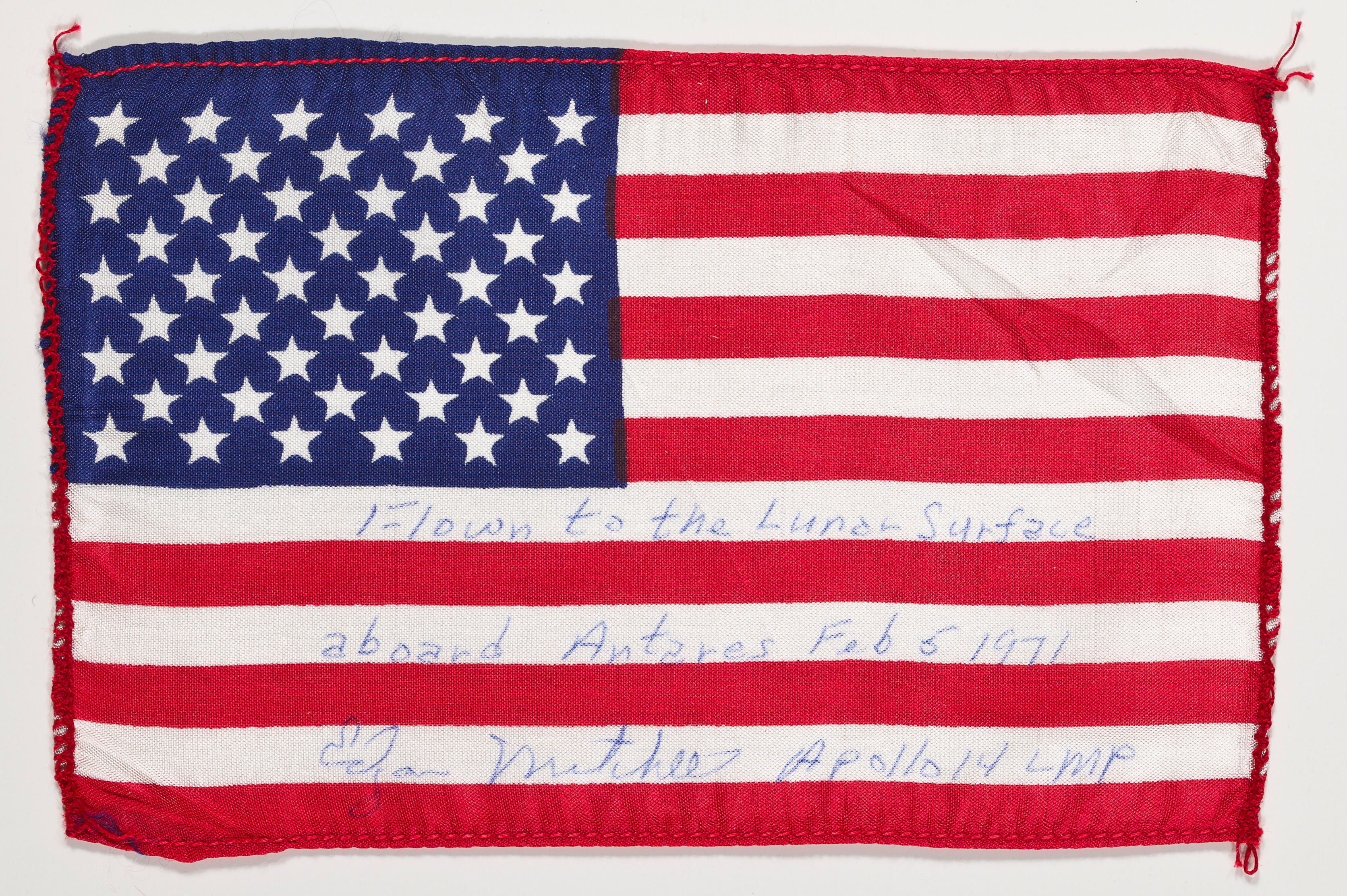 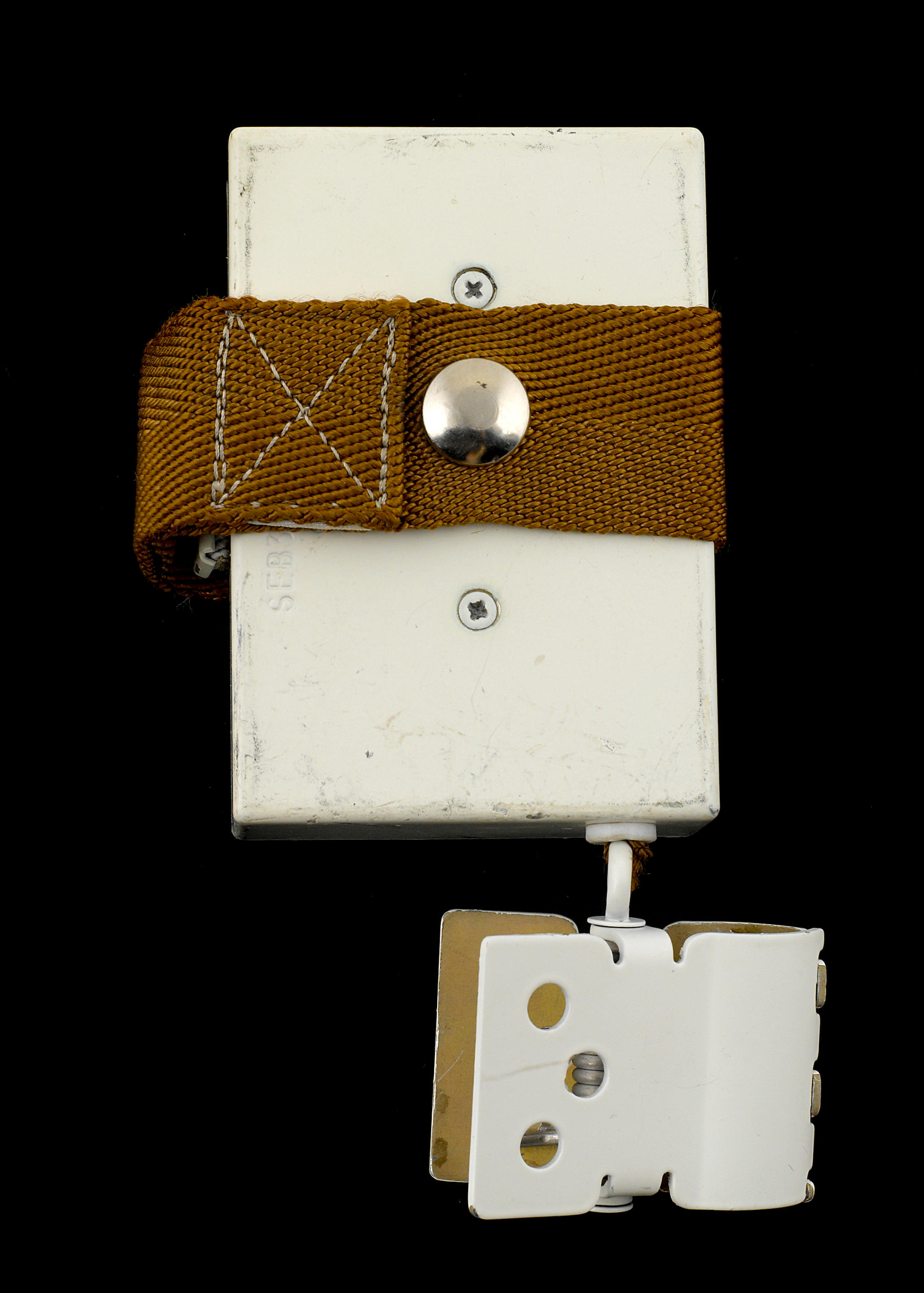 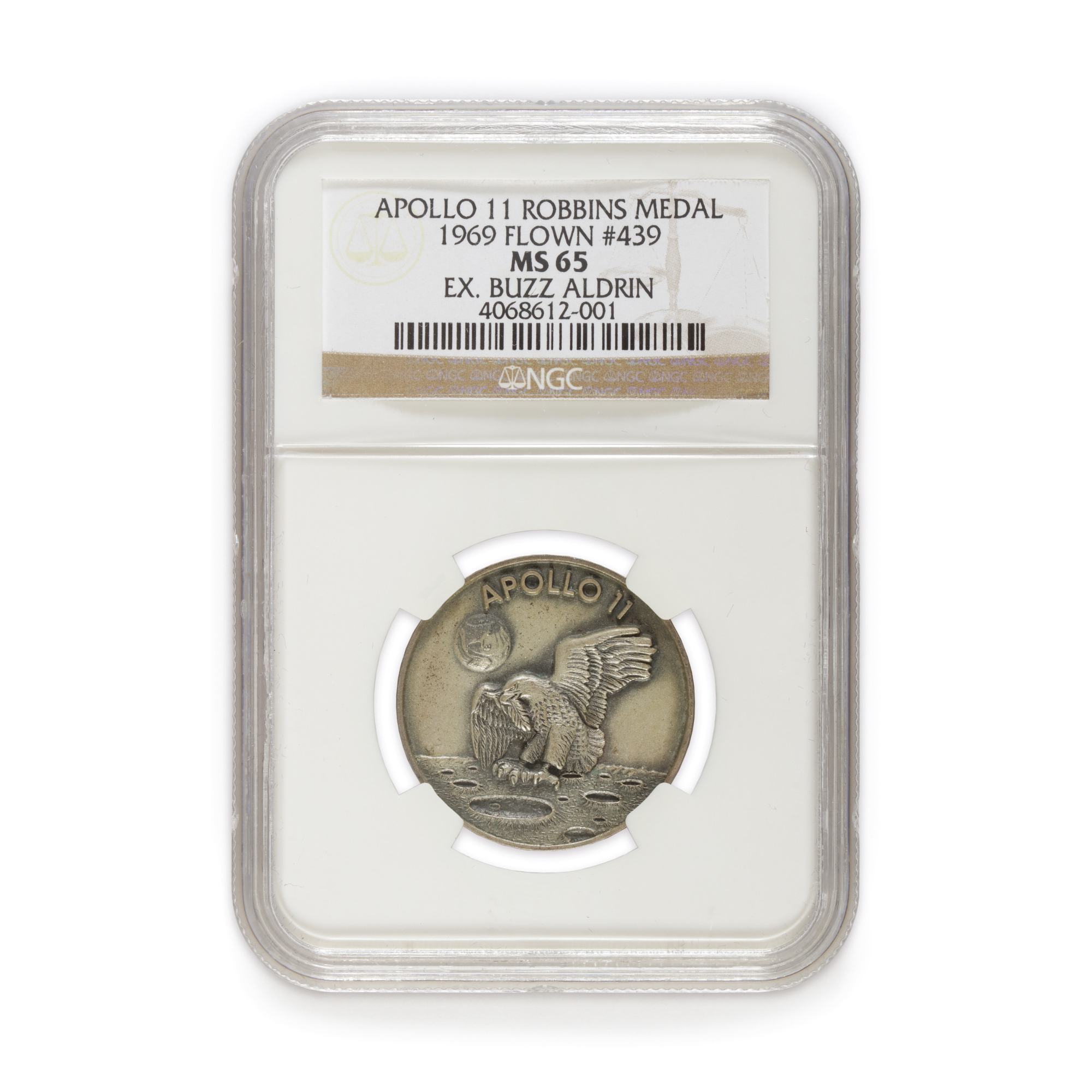 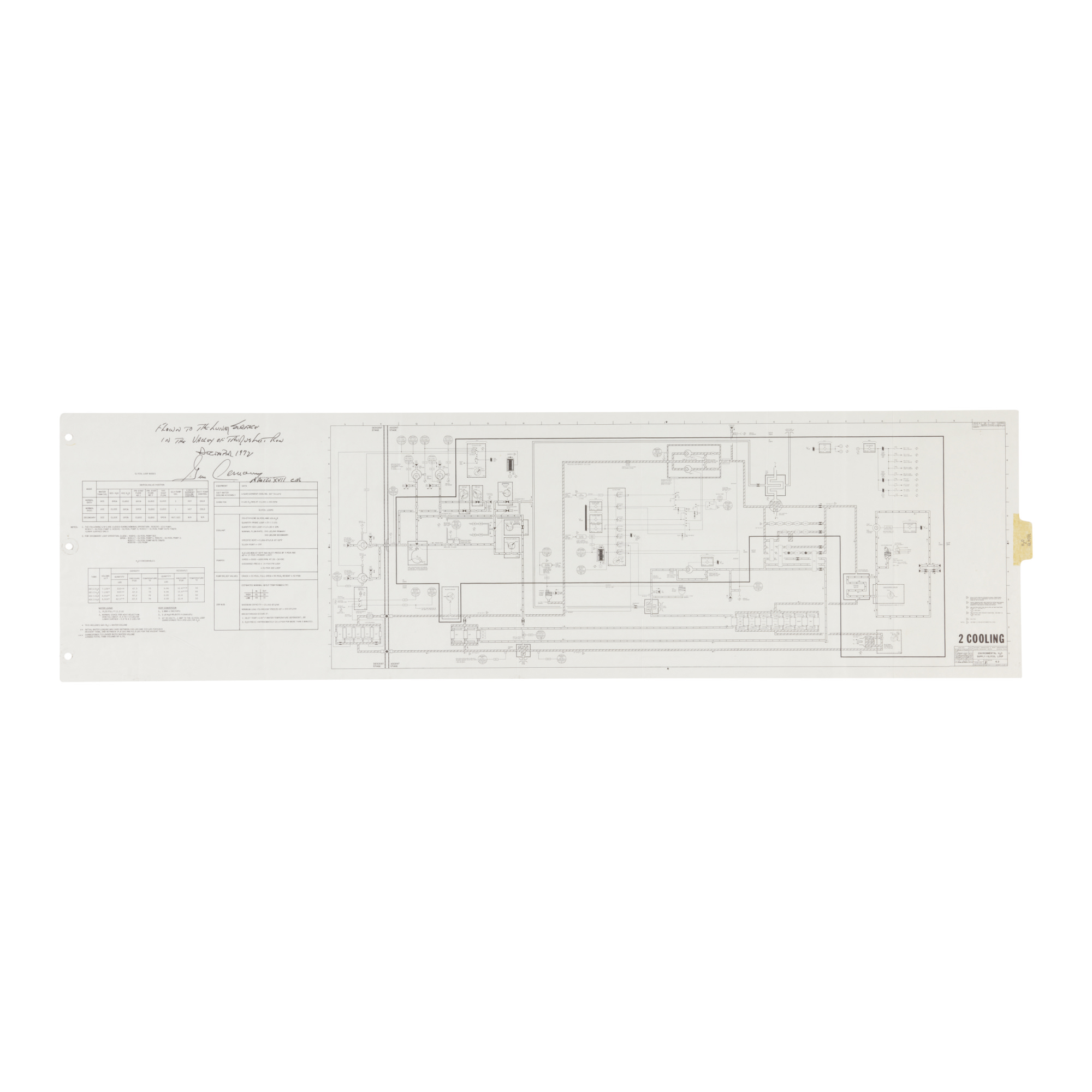