Andy Warhol Torso 1977 synthetic polymer and silkscreen ink on canvas 50 x 38 in. (127 x 96.5 cm.) Signed and dated "Andy Warhol 1977" along the overlap; further stamped twice on the overlap with The Estate of Andy Warhol and The Andy Warhol Foundation for the Visual Arts and numbered PA79.002 along the overlap. This work is accompanied by a certificate of authenticity issued by The Andy Warhol Foundation for the Visual Arts.
Provenance The Estate of Andy Warhol and The Andy Warhol Foundation for the Visual Arts Acquired from the above by the present owner Exhibited Venice, Ace Gallery, Andy Warhol Torsos, September 24 - October 21, 1978, then traveled to Vancouver, Ace Gallery, April 1979 New York, Robert Miller Gallery, Andy Warhol Nudes, May 2 - June 23, 1995 New York, Gagosian Gallery, Andy Warhol Piss & Sex Paintings, September 19 - November 2, 2002 Literature Andy Warhol Nudes, exh. cat., Robert Miller Gallery, New York, 1995, p. 29 (illustrated) B. Hainley, Andy Warhol Piss & Sex Paintings, exh. cat., New York: Gagosian, 2002, p. 36 (illustrated) Catalogue Essay “You can get closer to your subject, one piece at a time.” Andy Warhol Throughout Warhol’s vast and varied output of images, the whole human body is never fully rendered in his oeuvre. The intensification of the close-up, exemplified in the present lot, represents nearly all of Warhol’s small series of the naked human body. Most interesting is the framing of the nude works; heads are excised from the pictures, leaving the subject’s identity a mystery. This close-crop of the subject, focusing exclusively on an intimate fragment of the sitter, hearkens back to Courbet’s L'Origine du monde; however, here the form is accented with bold hues in hand-painted. The application of dramatic tones infuses the painting with a commerciality that recalls the vibrancy of Warhol’s earliest silkscreens—Marilyns and soup cans. In the present lot, Torso, 1977, the pornographic implications of the phallus are conveyed as a sophisticated construct in a closely-cropped presentation. A map is created from the male form, highlighting the curves and convexities of the body’s terrain. The contrast between the pink fleshy planes of the legs and the hair-like brushstrokes offers a topographical study of form. Within this palette, Torso, 1977, emerges as a landscape: the pink thighs as hills, the blue vertical stroke as the sky, the green diagonal line as a meadow, and the swaths of ochre yellow as the setting sun. "Victor came down with a nude pose-er. I’m having boys come and model nude for photos for the new paintings I’m doing. But I shouldn’t call them nudes. It should be something more artistic. Like 'Landscapes.' Landscapes." (Andy Warhol The Andy Warhol Diaries, p. 32.) The framing of each Torso painting is based on Polaroid images by Warhol of the sitters, behind closed doors and were usually taken at the Factory or in Victor Hugo’s loft. The erotic nature of each shot is heightened by the glory-hole perspective of the scene and the anonymity of the sitter. The resulting paintings, screen-printed and hand-painted, exemplify Warhol’s ability to define his artistic output, as in the Torso series, via a purely unique and timely aestheticism. Read More Artist Bio Andy Warhol American • 1928 - 1987 A seminal figure in the Pop Art movement of the early 1960s, Andy Warhol's paintings and screenprints are iconic beyond the scope of Art History, having become universal signifiers of an age. An early career in commercial illustration led to Warhol's appropriation of imagery from American popular culture and insistent concern with the superficial wonder of permanent commodification that yielded a synthesis of word and image, of art and the everyday. Warhol's obsession with creating slick, seemingly mass-produced artworks led him towards the commercial technique of screenprinting, which allowed him to produce large editions of his painted subjects. The clean, mechanical surface and perfect registration of the screenprinting process afforded Warhol a revolutionary absence of authorship that was crucial to the Pop Art manifesto. View More Works 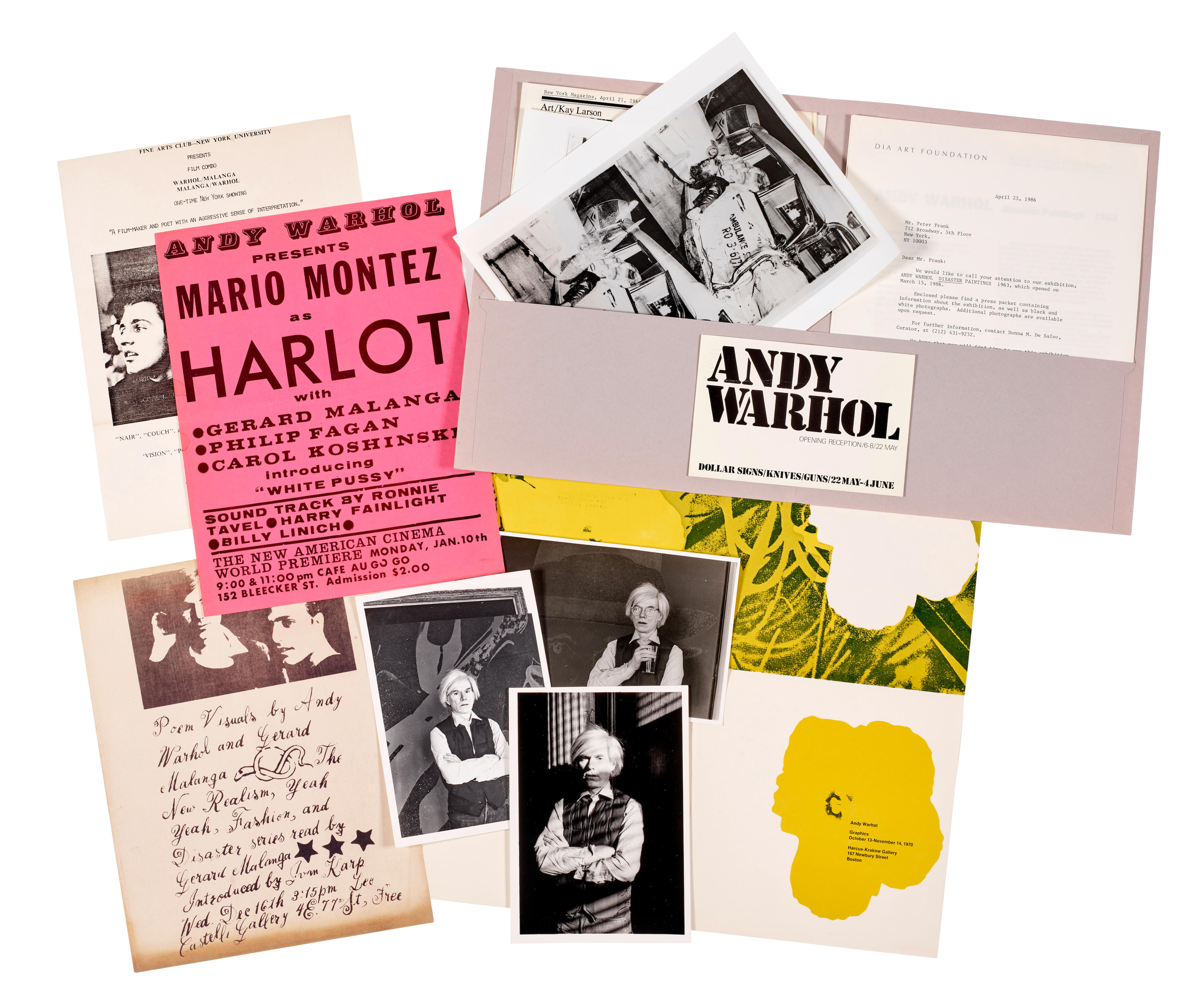