AN OLD WOMAN AND CHILDREN IN A COTTAGE INTERIOR William Gerard Barry (1864-1941)
Signature: signed lower right Medium: oil on canvas Dimensions: 73 by 91cm., 28.7 5 by 36in. Provenance: The artist's family by descent Literature: J. Campbell in Peter Murray (ed.), 'Irish Art, History and Society 1770-1995', Crawford Art Gallery, Cork, 1995, p. 26; Theo Snoddy, 'Dictionary of Irish Artists, Twentieth Century', Dublin, 2002, p. 27 Of all the talented generation of young Irish artists of the 1880s who went to the Continent to study in the academies of Paris and Antwerp, who travelled to the artists’ colonies in France to paint f... from nature, and who gained success in exhibiting plein air canvases in London and Paris, one of the most unknown and mysterious remains the Cork artist William Gerard Barry. The early part of his career was marked by great promise but, although he lived a long life, the latter part of his life seems to have been spent in some obscurity. Barry studied first at the School of Art in Cork, then in the Academie Julian in Paris. He painted with contemporaries in Etaples in north-west France. He exhibited canvases at the Paris Salon and at the Royal Academy in London. He won the coveted Taylor Prize in Dublin. His early work showed great accomplishment, and he seemed to be on the verge of a successful career as an artist in Ireland and Europe. But then, through family or person circumstances, Barry left his native country, and emigrated to Canada. He lived a long life, but much of it seems to have been spent in peripatetic wanderings in North America, the South Seas, and Europe, settling in the South of France, with occasional return visits back to Cork, gaining what casual work or portrait commissions that he could as he went along. Much of the circumstances of Barry’s later life remain obscure. Only about ten of his canvases are so far recorded, and only one of these is in a public collection: the much-loved Time Flies of 1887 in the Crawford Art Gallery, Cork (fig. 1). A few of his portrait drawings are in private collections. Although his work is often of Continental subject-matter it displays a strong Irish sensibility. Thus the re-appearance of the present Barry painting, An Old Woman with Children in a Cottage Interior, which has always remained in the artist’s family, is a welcome occasion. William Gerard Barry was born into a large family in Ballyadam, Carrigtwohill, nine miles east of Cork city, in 1864. There seems to have been members of the Barry (or de Barra) family in Carrigtwohill since the 13th century. Barry was one of seven children, and the second son of William Henry Barry J.P. and Pauline Roche. Barry senior was a local magistrate and was Post-Master of Cork. 1 The artist was a cousin of the Smith-Barry family of nearby Fota House.2 Growing up in Co. Cork, close to the coast, the estuary of the River Lee, Barryscourt Castle and the woods of Fota Island, Barry developed a love of nature and rural subjects. He studied at the School of Art, Cork, 1881-83. This was an extremely interesting period, when the genre painter James Brenan was headmaster at the School, when Cork painter Henry Thaddeus Jones, who had just gained success in Paris, was teaching there briefly, and when the Cork Industrial and Fine Art Exhibition was held in 1883, attracting over 10,000 visitors.3 At the end of August 1882, Barry received good marks in his summer examinations.4 One of his teachers at the School of Art in 1883 is said to have been Henry Thaddeus Jones, a former pupil, and only a few years older than Barry. He had recently studied in Paris, and exhibited successfully at the Salon. His visit to Cork must have been brief as he was now based in Italy.5 But he was important in encouraging the young Barry to go to Paris to continue his studies at the Academie Julian. In 1883 Barry went to Paris and registered at the Academie Julian on 8th September.6 He appears to have been recommended by a friend, perhaps a fellow artist named Formies. His hand-written signature ‘W. G. Barry’ is recorded

Three Sixth-plate Portraits of a Boy and

A PAIR OF FELTWORK PICTURES OF AN OLD WO

A carved ivory figure of an old woman an

AN IVORY NETSUKE of a kneeling noh dance

Remarkable Adventures of an Old Woman an

J Hughes AN OLD WOMAN AND HER CAT Inscri

A bisque-headed dolls' house doll, with

The Remarkable Adventures of an Old Woma

Story of an Old Woman and a Bear – “Oman 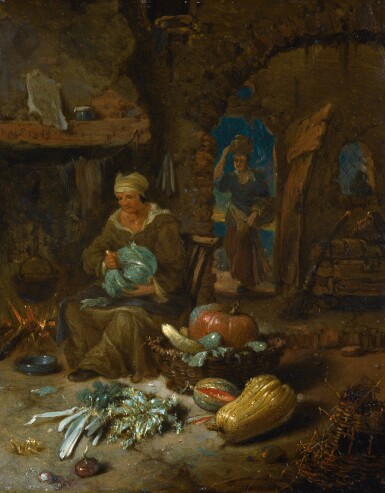 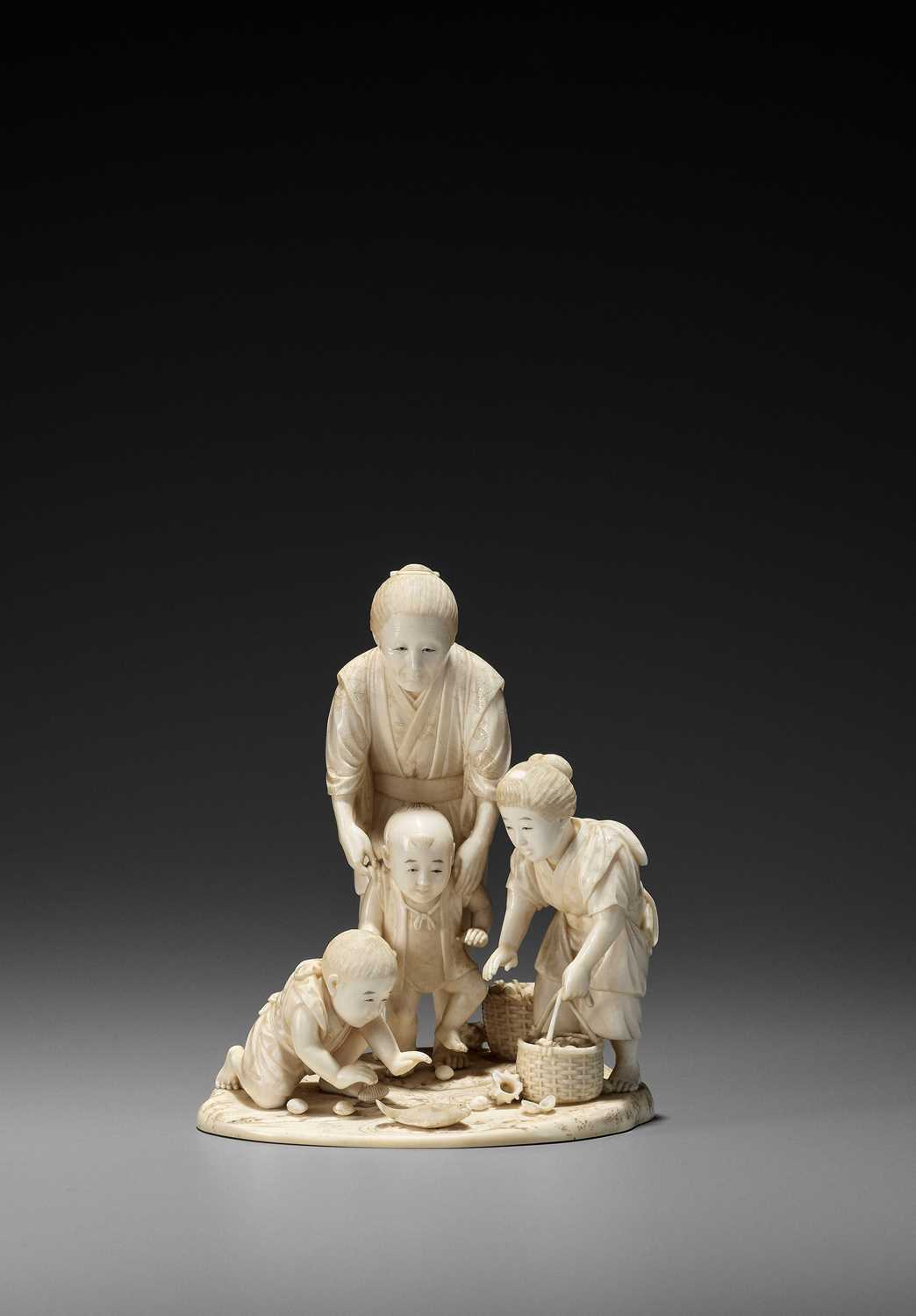 EISHIN: AN IVORY OKIMONO OF AN OLD WOMAN

Two glazed porcelain Groups of an old Wo

A PORCELAIN FIGURE OF AN OLD WOMAN SPINN