An Extremely Rare Chinese Imperial Gilded Spinach-Green Jade Buddhist Lion Dog, Qing dynasty, Qianlong period 1736-95, 20cm. Boldly carved from a massive spinach-green boulder, crouching with his head turned to the left and baring his teeth to reveal a slightly upturned tongue. The face with large eyes above a ruyi-shaped nose, tilts upwards; the angular chin is fringed with a short curling beard. His floppy scroll-like ears fall either side of the head and are divided by four rows of a tightly scrolling mane. The form of his body is accentuated by the pronounced, well-defined spine from which his flame-like coat falls. The mane, hair and scrolling tail are all finely incised and heightened in gold. The underside reveals four crisp claws beneath each paw. Provenance The Bruce Collection, the 3rd Baron Alington of Crichel (1896-1940), the Hon. Mrs Mary Anna Marten OBE (1929-2010), Crichel House, Dorset. Exhibited The International Exhibition of Chinese Art, The Royal Academy of Arts, London, 1935/6, catalogue no.2821. Illustrated S C Nott, Chinese Jade Throughout the Ages, Pl.LXIII. Catalogue note The lion was first introduced into China from India, following the arrival of Buddhism, and is not represented in jade carvings earlier than the Han Dynasty. The lion is the king of beasts and is associated with high rank and military power. Most Buddhist temples in China have two lion dogs, carved in stone or cast in bronze or iron as guardian figures at the entrances. These figures are either depicted with both front legs on the ground, or with one foot raised on a ball and puppy; whereas with most jade examples, the lion is crouching, cf. J C S Lin, The Immortal Stone, Chinese Jades from the Neolithic Period to the Twentieth Century, p.52. Chinese lions resemble Pekingese dogs, and are known as 'Lion Dogs', and are often portrayed with brocade balls. According to tradition, Buddha was born ten times as a lion, six as an elephant and once as a hare. 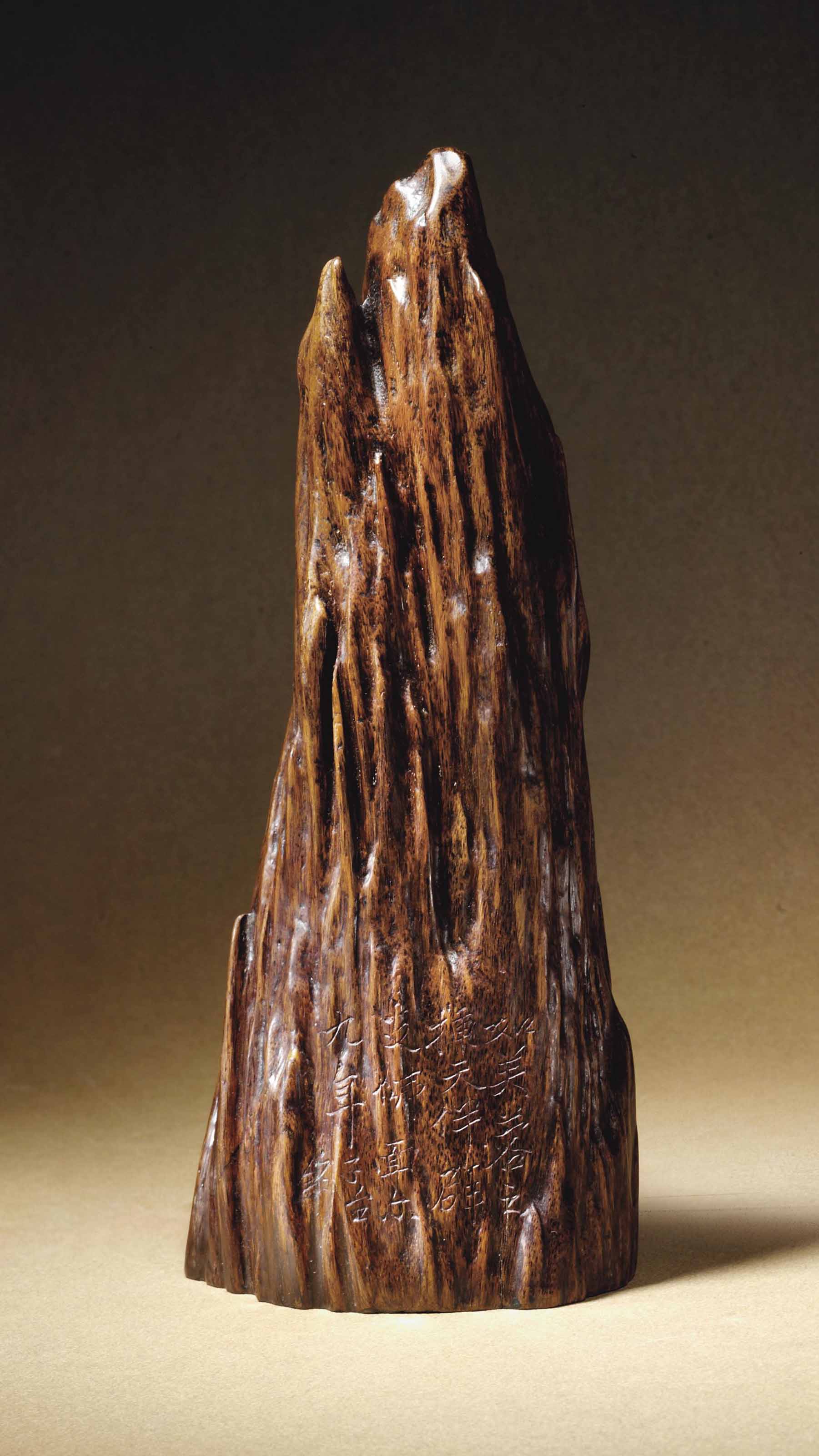 AN EXTREMELY RARE AND LARGE CHENXIANGMU

An Exceptional and Extremely Rare Chines 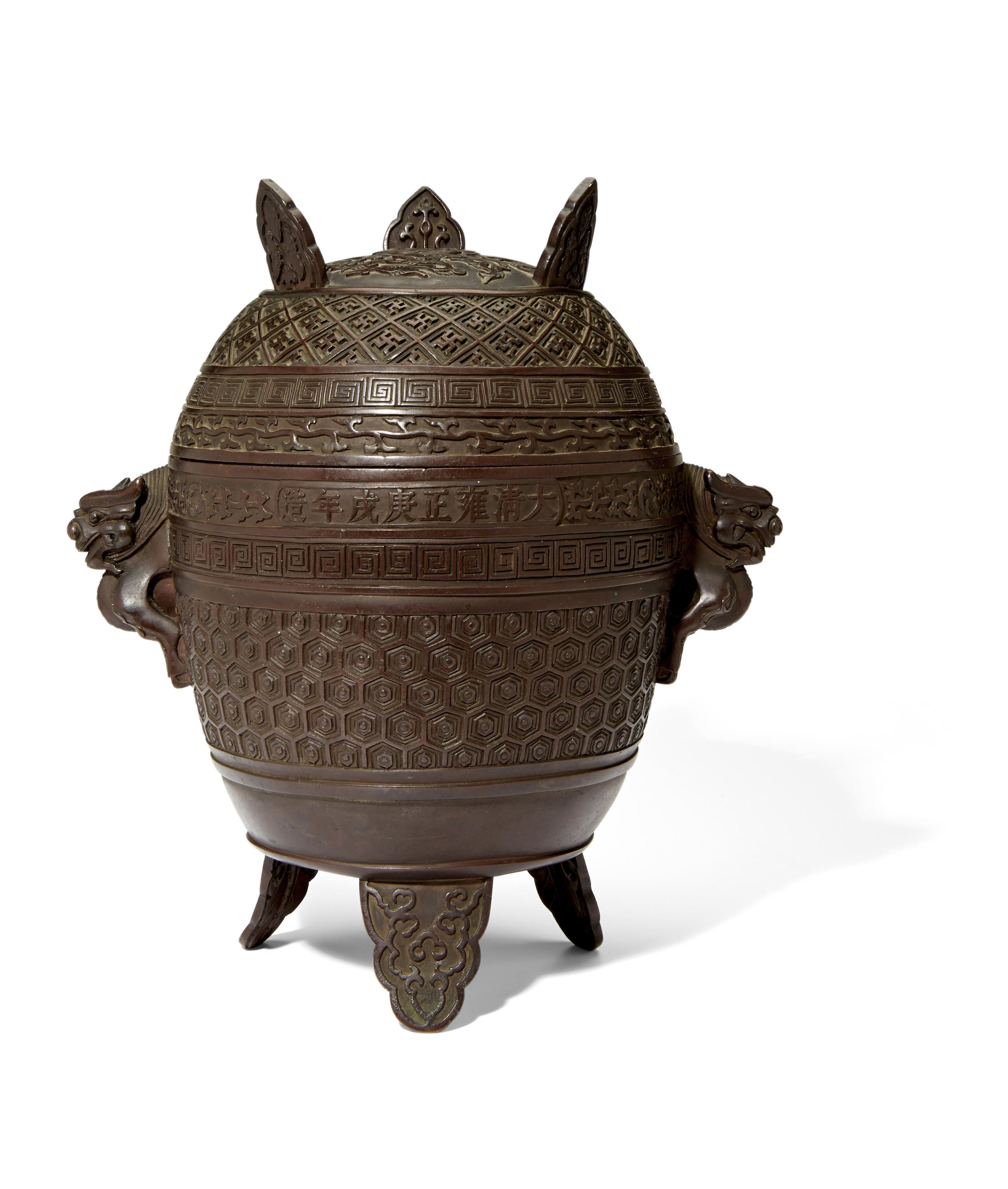 SWISS. AN EXTREMELY RARE AND MAGNIFICENT