A FINELY CARVED CINNABAR LACQUER SNUFF BOTTLE
JAPAN, 1860-1920
A FINELY CARVED CINNABAR LACQUER SNUFF BOTTLE JAPAN, 1860-1920 Of flattened shape with flat lip and slightly recessed, flat oval foot surrounded by a footrim, carved in deep relief through an upper layer of red on a middle layer of green to reveal the base layer of orange with a continuous scene of a scholar arriving on a horse, on the shore of a lake, with two attendants, one carrying a large umbrella over his head, the other holding a stick, as he is greeted by a woman, bowing slightly towards him, while another stands behind her gazing back at a pleasure boat, being negotiated towards the shore by two boatmen, one with a long paddle at the prow, another seated at the tiller in the stern, the covered central section with three women, one seated, two standing, all in a landscape scene with rocks, a pine tree, a willow, plantain and other foliage and with different formalized diaper patterns for the ground and the water, a band of clouds above separating the design from a shoulder band of pendant leaf-lappets, and a neck border of double-unit leiwen , the base with a band of pendant formalized petals between banded borders, the foot inscribed Qianlong nian zhi ('Made in the Qianlong period') in regular script, the inner neck and lip bronze, cinnabar-red and green lacquer on bronze stopper carved with a formalized peony motif in red, superimposed upon a formalized chrysanthemum petal motif in green; bronze collar 3 1/8 in. (7.94 cm.) high 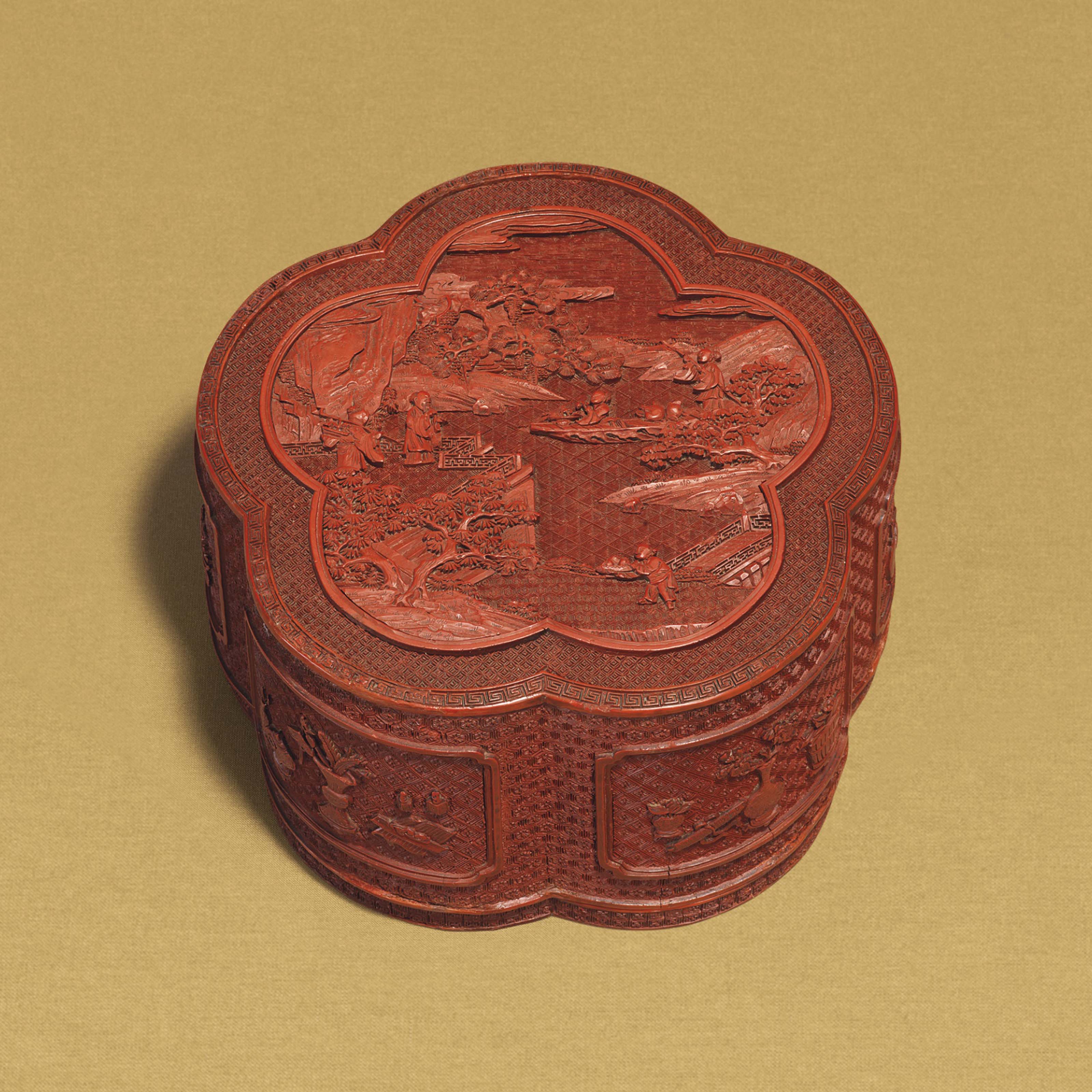