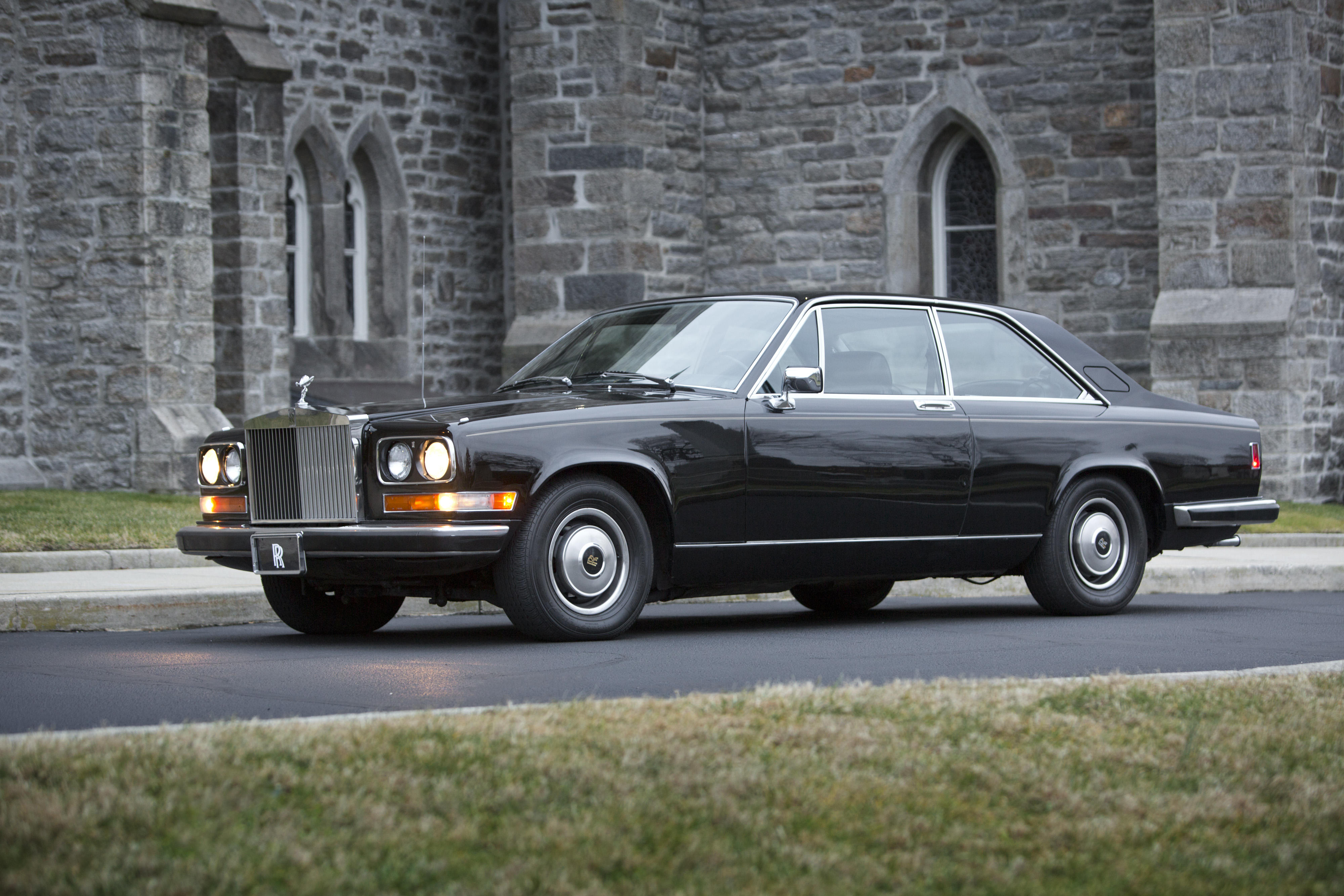 It could be surmised that, if an uninitiated person was asked to guess what they had just seen after having been given a brief glance at a Camargue (Who made it? Who designed it? When was it built? How many did they build?), the answers might come back: Ferrari or Maserati; Michelotti or Bertone; mid-1990s or 2000s; it’s a one off. It may surprise even the cognoscenti to know that these stunningly elegant two door Rolls-Royce sport coupes date originally from the mid-1970s, are from the pen of Pininfarina, were a full production car rather than a styling exercise and that the adornment of the Rolls-Royce grille is not a disguise but a confirmation that the car is from that esteemed manufacturer from stem to stern. With the underpinnings of the contemporary Silver Shadow, the Camargue coupe was strikingly different from any preceding Rolls-Royce model, and closer in concept to the Bentley Continental. The company’s flagship, it used an up-rated version of Rolls’ dependable 6,750cc V8 engine. The power output remained undisclosed, in keeping with tradition, although most testers reported a healthy improvement in acceleration above 70mph and a top speed in excess of 120mph. The car also featured Rolls-Royce’s advanced split-level air conditioning system which enabled independent temperature control at two levels, something that would later become standard on the Shadow II range. Original U.S. list prices were approximately $148,000 making Camargues perilously expensive and in today’s money, they would eclipse the cost of almost all new cars. The prohibitive cost, paired with the lengthy production build time, undoubtedly accounted for the modest numbers built; perhaps some of those in the line gave up waiting and chose to take the two Silver Shadows instead, or a handful of other cars? Although in production for 11 years until 1986, some 530 were built. Of those, a mere 30 entered the U.S.A. each year even though the bulk of production was intended for overseas customers and the majority built with left-hand drive. Even among others of its kind, there can be few more timeless examples of understated elegance than as with the car offered here, presented in black with black trim. An original California supply, denoted by the ‘C’ suffix to its chassis, it is fitted with Bosch fuel injection rather than standard carburetion. The car arrived in the former ownership more than a decade ago, with an odometer that had chalked up a mere 15,000 miles from new. Since that time, it has been regularly maintained by one of the Northeast’s premier Rolls-Royce garages and gained only about 1,000 miles per year; currently the odometer shows a reading just shy of 25,500. Recently road tested by the writer, this car showed itself to be a thoroughly graceful and modern experience belying its 30 plus years of age. Its fuel injection allows it to accelerate quickly and it is both incredibly stable and quiet at highway speeds. As the Rolls-Royce brand continues to strengthen, the car presented here can only prove to be a good long-term bet in the collector car market. Subtle enough to probably go unnoticed by the average Joe, yet always a head turner to those knowledgeable enthusiasts on the road and at car shows, this great Camargue example is well worth close inspection.