Registration: T289 TVM Chassis Number: ZFFXR41C000115287 Engine Number: 52857 Number of cylinders: 8 CC: 3496 Year of Manufacture: 1999 RHD/LHD: Right Hand Drive
Original UK, RHD car finished in Tour de France Blue with Cream hide. Really suits the 355 Very late production example benefitting from all those years of development Current total mileage just 21,474 (documented speedo change in 2005 at 15,217) Longitudinally mounted V8 producing 375 bhp. F1 electro-hydraulic, 'paddle-shift' automatic, six-speed gearbox Toolkit and full book pack including the service book showing 13 stamps. Belts changed just 348 miles ago MOT valid until April 2019. Very realistically guided considering the car's fabulous condition Inheriting the proportions of its predecessor, the F355 was outwardly a much better-resolved proposition, both aesthetically and aerodynamically. However, beneath the fabulous styling and smoother skin, were further major advancements, including power steering, variable damping, and a 100cc engine enlargement. The longitudinally mounted 3496cc V8 generated a market-leading 380 horsepower at a spine-tingling 8,250 rpm and the gearbox now had six speeds with a revised synchromesh making gear changes so much smoother. New electronically adjustable shock absorbers varied their stiffness within milliseconds to suit the road surface and the result of all these developments was evident around Ferrari's 1.86 mile Fiorano test track when the 355 was two seconds a lap faster than the 12-cylinder 512 TR. Sitting on the cusp between analogue and digital, the 355 is considered the forerunner of all modern Ferraris and, as the last of the hand-built cars before the 360 and later descendants moved to mass production, will inevitably slip into the role of 'Classic Ferrari' with ease becoming increasingly sought after as time goes by. Dating from 1999, this lovely right-hand drive 355 Berlinetta is fitted with the civilised F1 electro-hydraulic, six-speed, paddle-shift gearbox and is finished in a delightful Tour de France Blue with a Cream interior and dark blue carpets. It's on offer from a private collection as our vendor is reorganising his stable and feels that, as the 355 has only covered 348 miles since his purchase in January 2015, it really should be enjoyed by a new owner. The odometer currently displays 6,257 miles but documentation in the history file shows that the speedometer head was changed in 2005 at 15,217 so total mileage is just 21,474 at the time of catalogue. The Ferrari toolkit is in place and the owner's file contains the car's full book pack including the service record showing 13 stamps with the belts changed just 348 miles ago (2015), various receipts and invoices, and 11 MOT Certificates including the current one which expires in April 2019. This is a super 355 Berlinetta in a really smart colour combination, with low mileage, in excellent condition, and on offer at a very realistic guide. 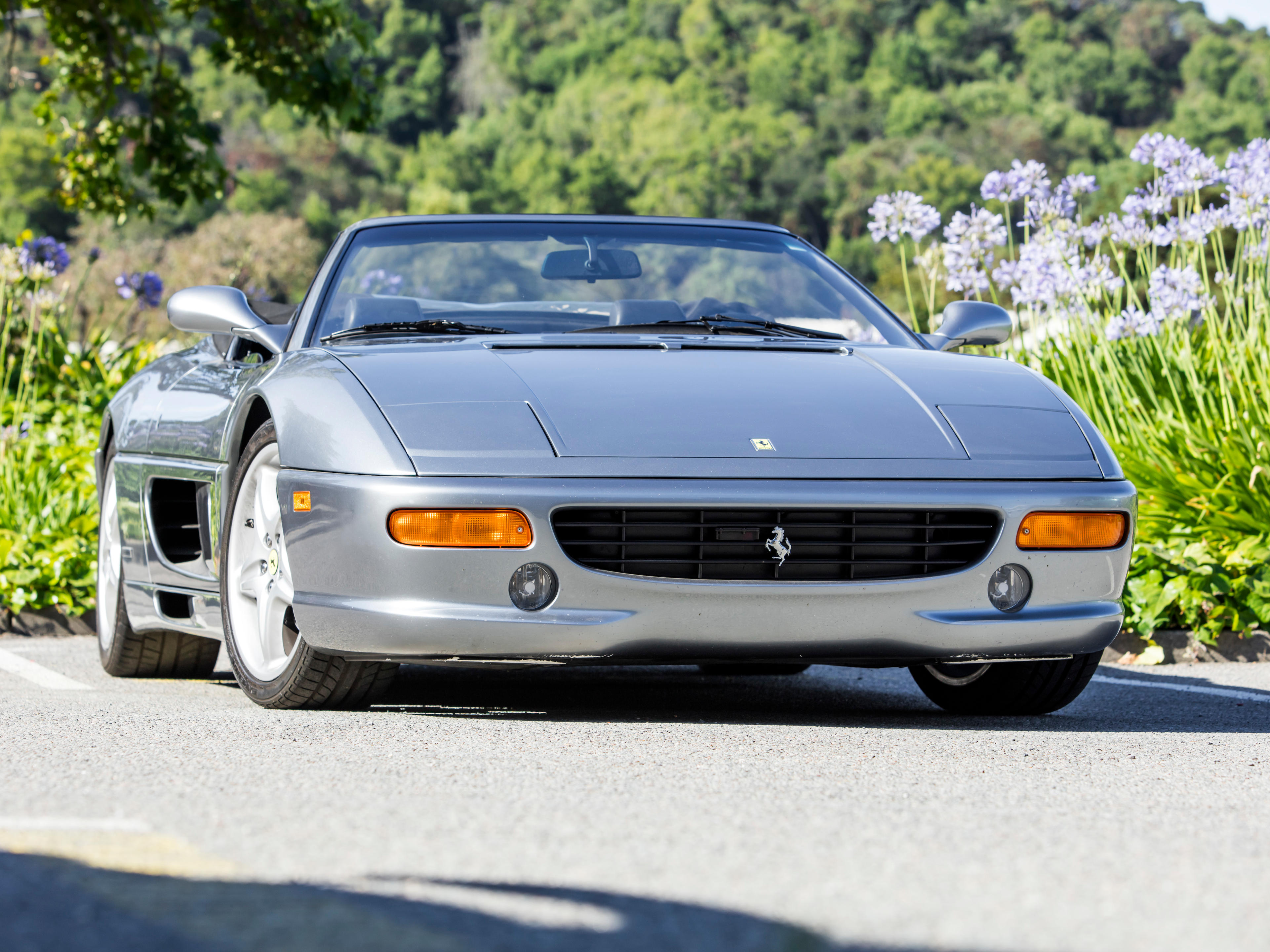 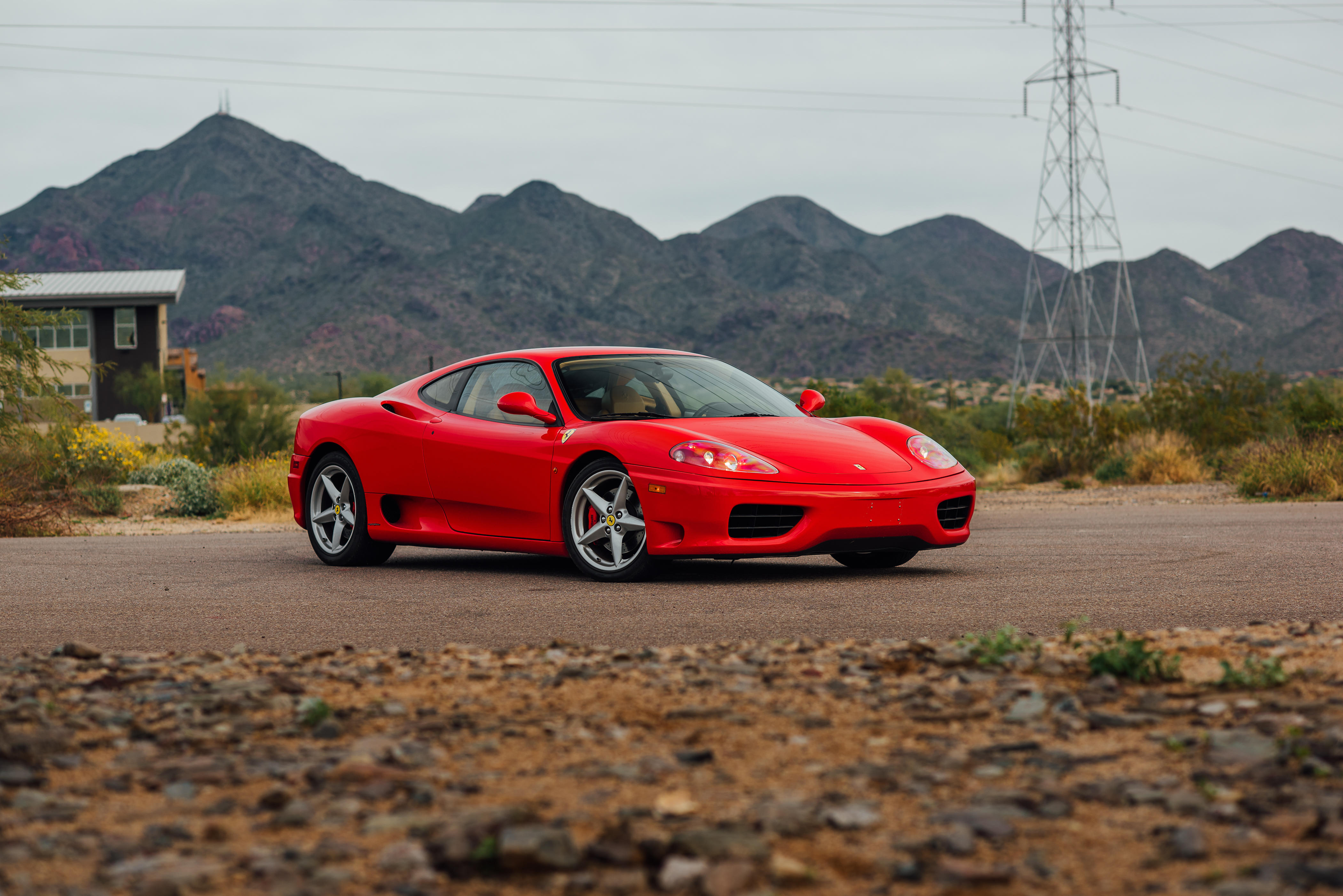 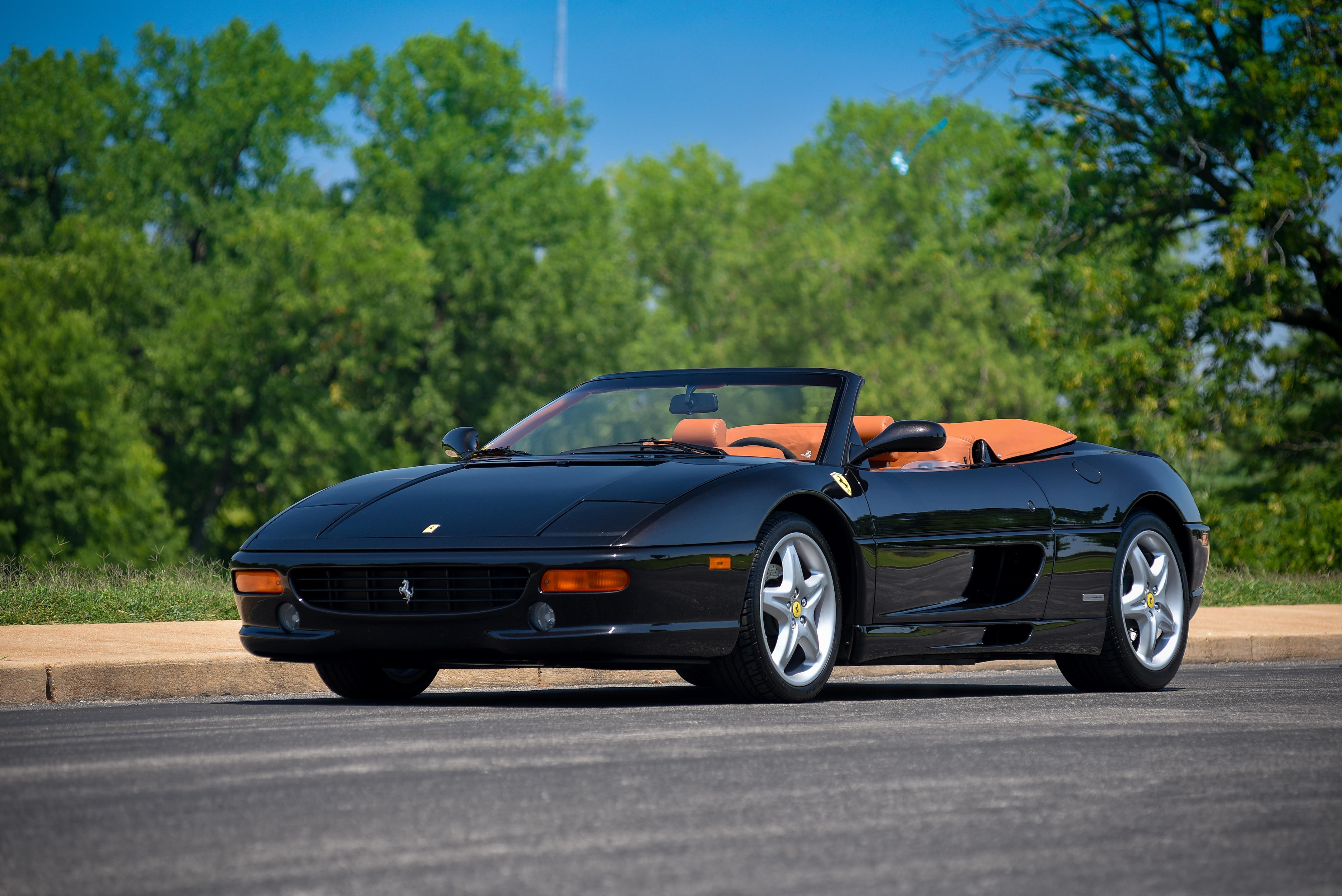