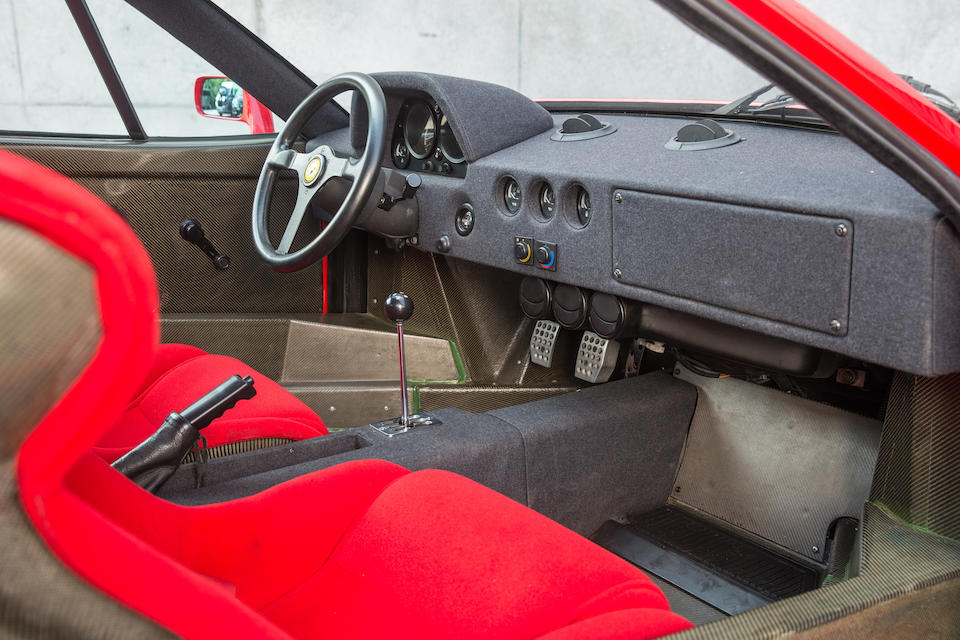 1989 Ferrari F40 Berlinetta Chassis no. ZFFGJ34B000080747 •Desirable 'non-cat', 'non-adjustable' model •Three private owners and less than 20,000 kilometres from new •Single private ownership for over 25 years •Air conditioning, wind-up windows, Sabelt harnesses •Ferrari Classiche certified Fußnoten The ultimate Ferrari of the 1980s, the F40 was one of the company's original true supercars and a fitting conclusion to Enzo Ferrari's career. Pioneering the use of carbon fibre in a road car, it was designed with lightness and aerodynamics in mind, with no concessions made for luxury; indeed, the interior featured lightweight bucket seats, no carpets, and door pulls rather than handles. Most remarkable was the twin-turbocharged V8 engine, derived from that of the 288 GTO, with larger bores and a shorter stroke achieving 478 horsepower. Zero to 60 mph took 3.8 seconds, and the F40 broke the Porsche 959's record for the fastest production car ever built, having a top speed in excess of 200mph. These Ferrari supercars were immensely desirable when new, with bidding wars ensuing to acquire one and many changing hands at far above their original list price, and they have scarcely become less so since. Today the F40 is still rightfully regarded as one of the most significant modern Ferraris, and no collection of Maranello's finest can be seen as complete without one. The F40 offered here was originally delivered to Italy. It is one of the highly desirable models built without catalytic converters and with non-adjustable suspension; in other words, to the highest performance and lightest specification. Its original owner's mechanic took delivery directly through Motor Service Srl of Modena. That first owner would keep the Ferrari for 25 years with the exception of a brief sojourn in September 1989 when it was stolen and swiftly recovered, undamaged. The mechanic had fond memories of the F40 and after its owner's passing, continued to maintain the car, servicing it meticulously and cleaning it after every outing. To keep it secure, the Ferrari was stored in a bespoke storage box within the mechanic's garage, from which it had to be winched in and out (the doors could not be opened once the car was in the box). Thus this F40 remained has in a remarkable state of preservation, with just over 20,000 kilometers recorded from new. Shortly before its sale to the second private owner, in September 2014, the F40 was shipped to the Ferrari factory where it was inspected and received the coveted 'Red Book' Ferrari Classiche Certification. At the same time it was serviced by Motor Service Srl, including replacing the cam belts, changing all fluids, and calibrating the fuel injection. The engine was also subject to a compression test, the gearbox oil was changed, and the brakes were overhauled. More recently, prior to the current owner's acquisition in 2017, new fuel cells and a new clutch were fitted by UK specialists Maranello Egham and the interior re-trimmed to the highest standards. Few F40s available today are as satisfyingly original, well maintained, and of such high quality as this desirable 'non-cat' 'non-adjustable' example. Carefully looked after for 25 years by its original owner and his faithful mechanic, it is now, like a toy taken out of its box, ready to be enjoyed by a new custodian. 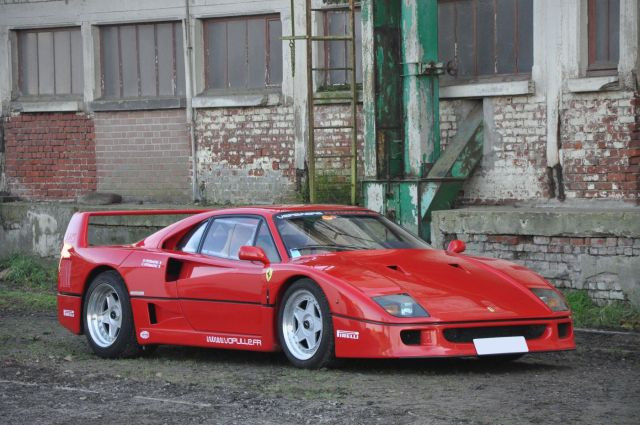 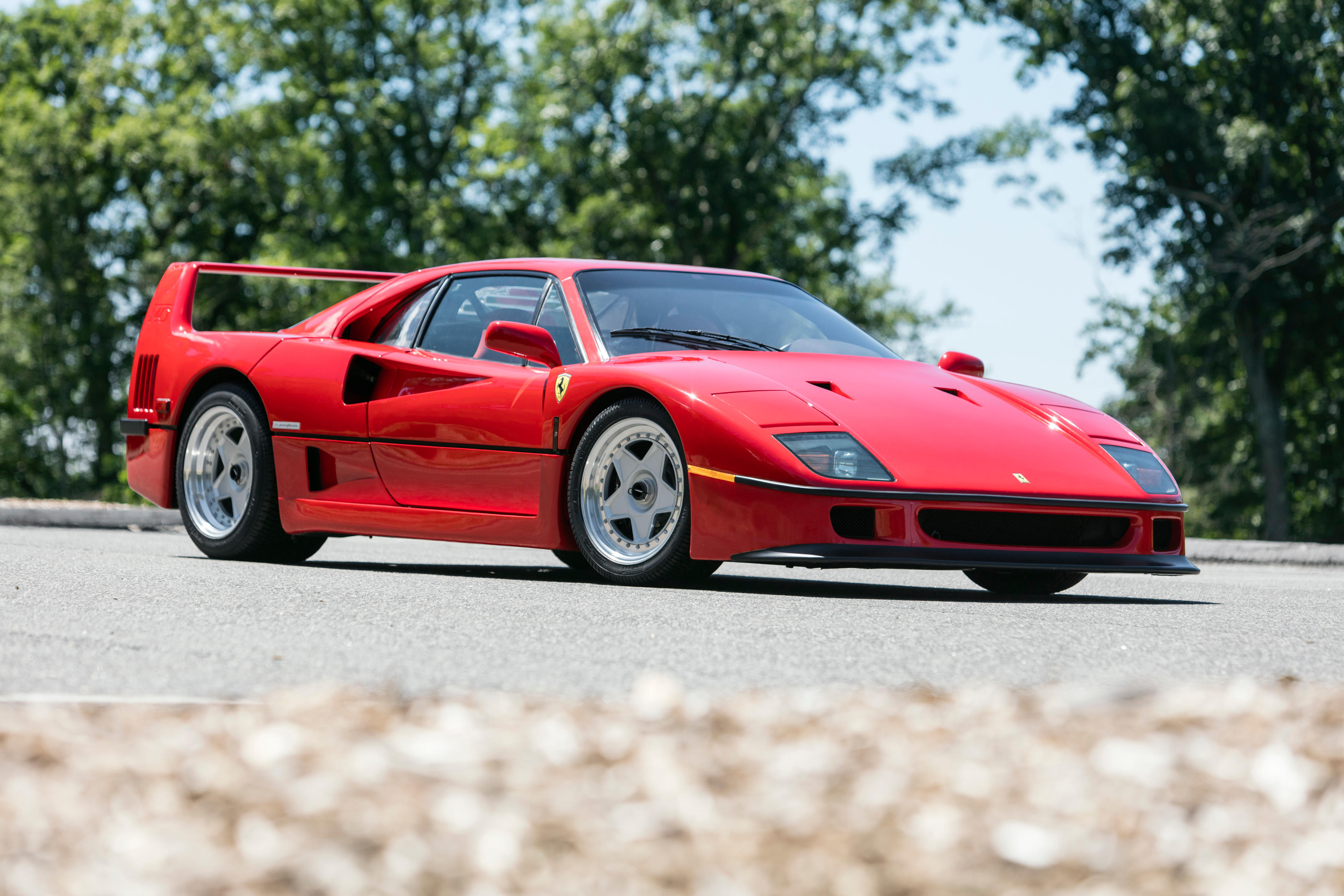 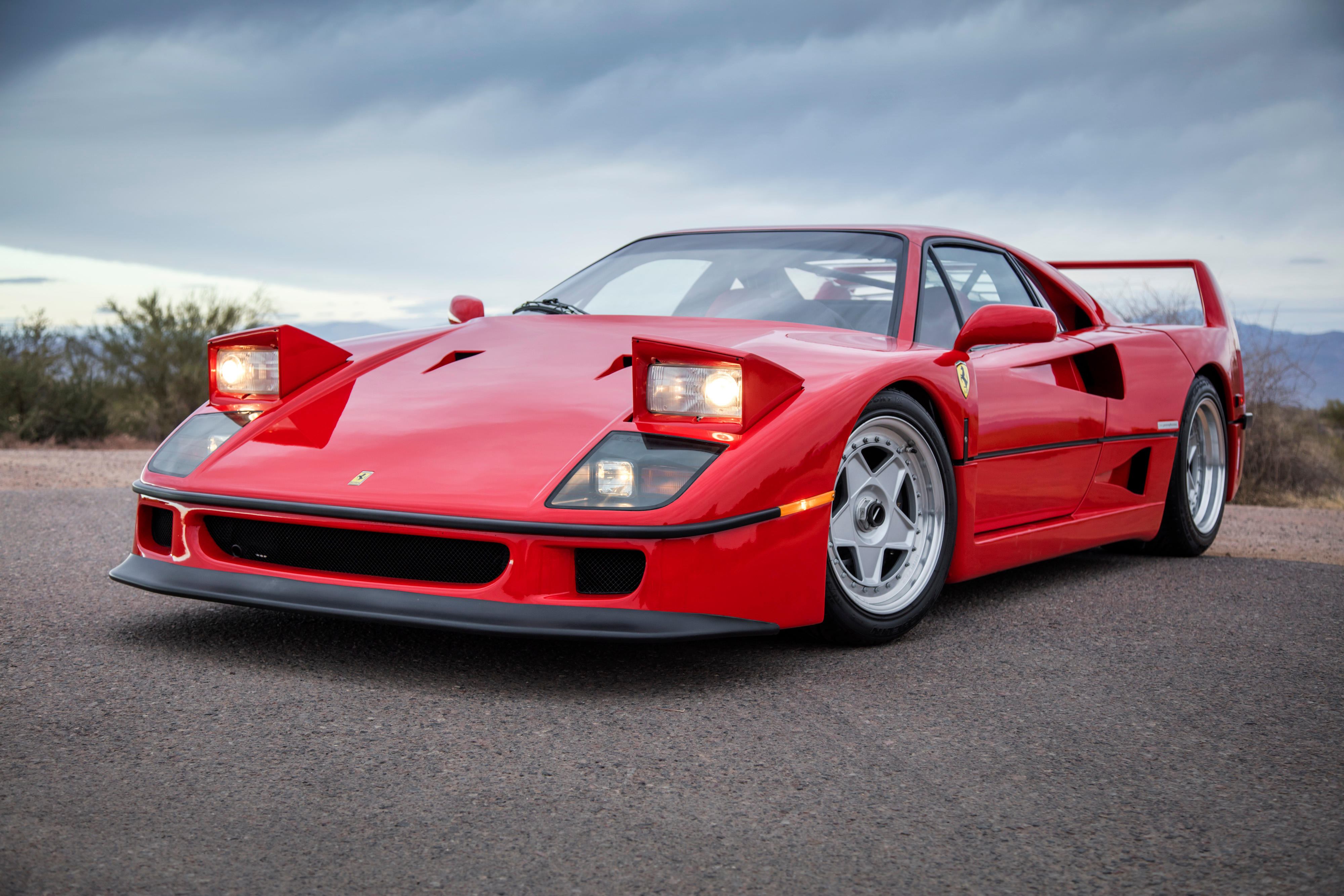 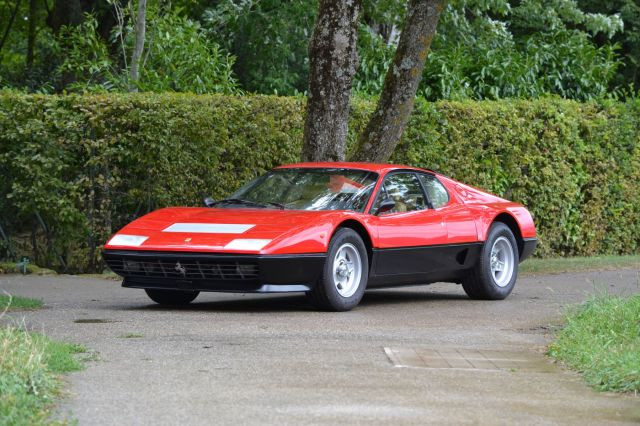 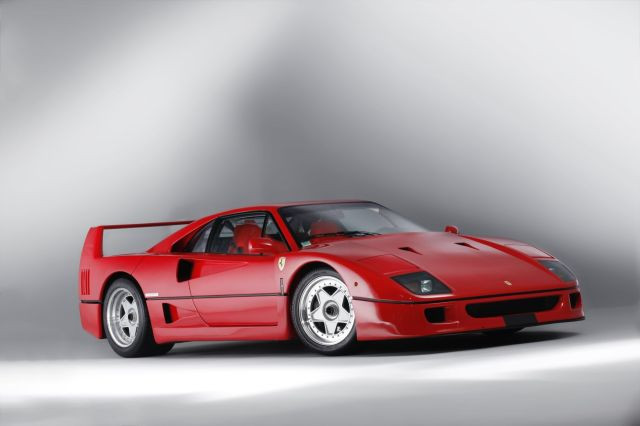 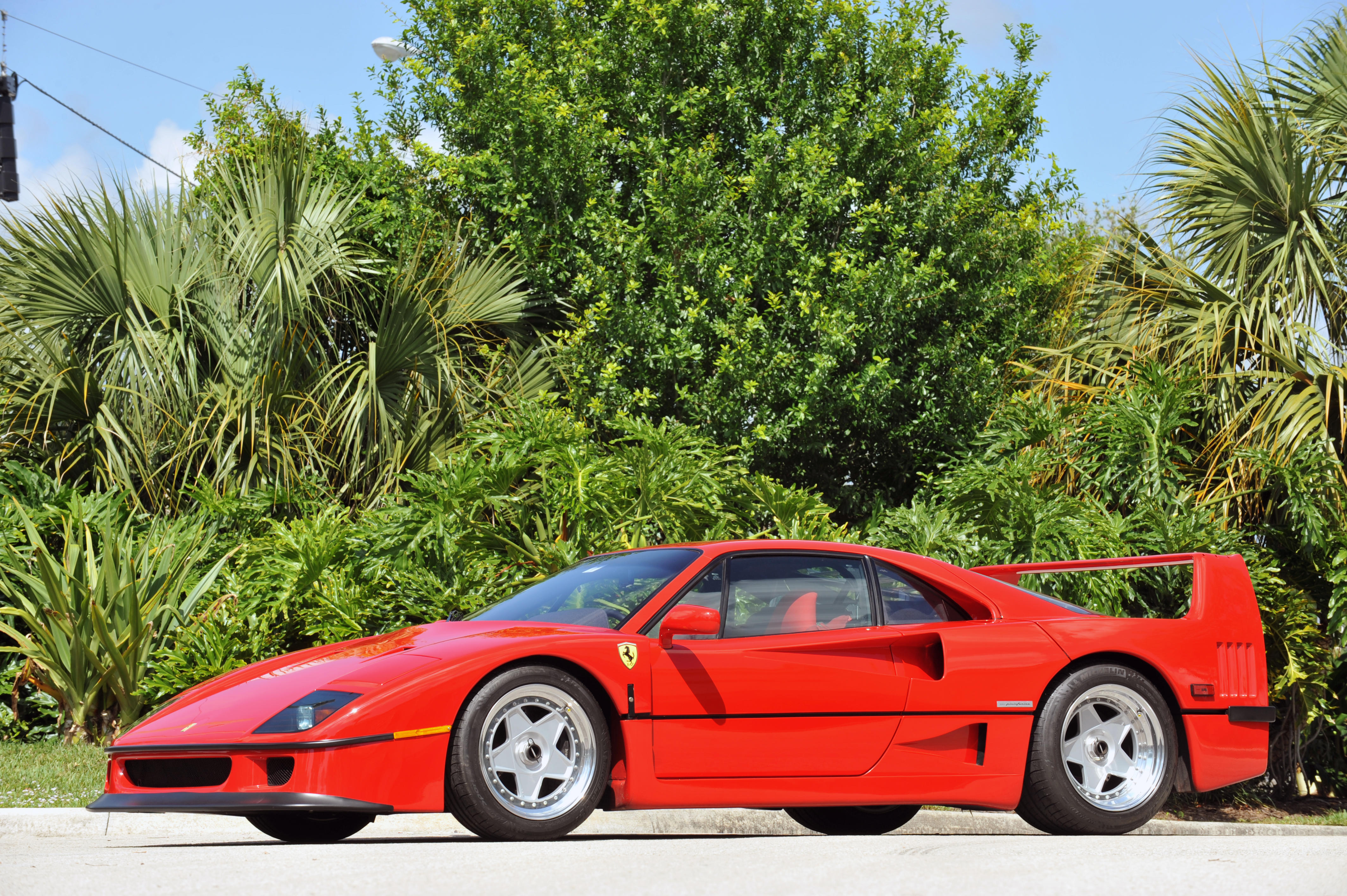