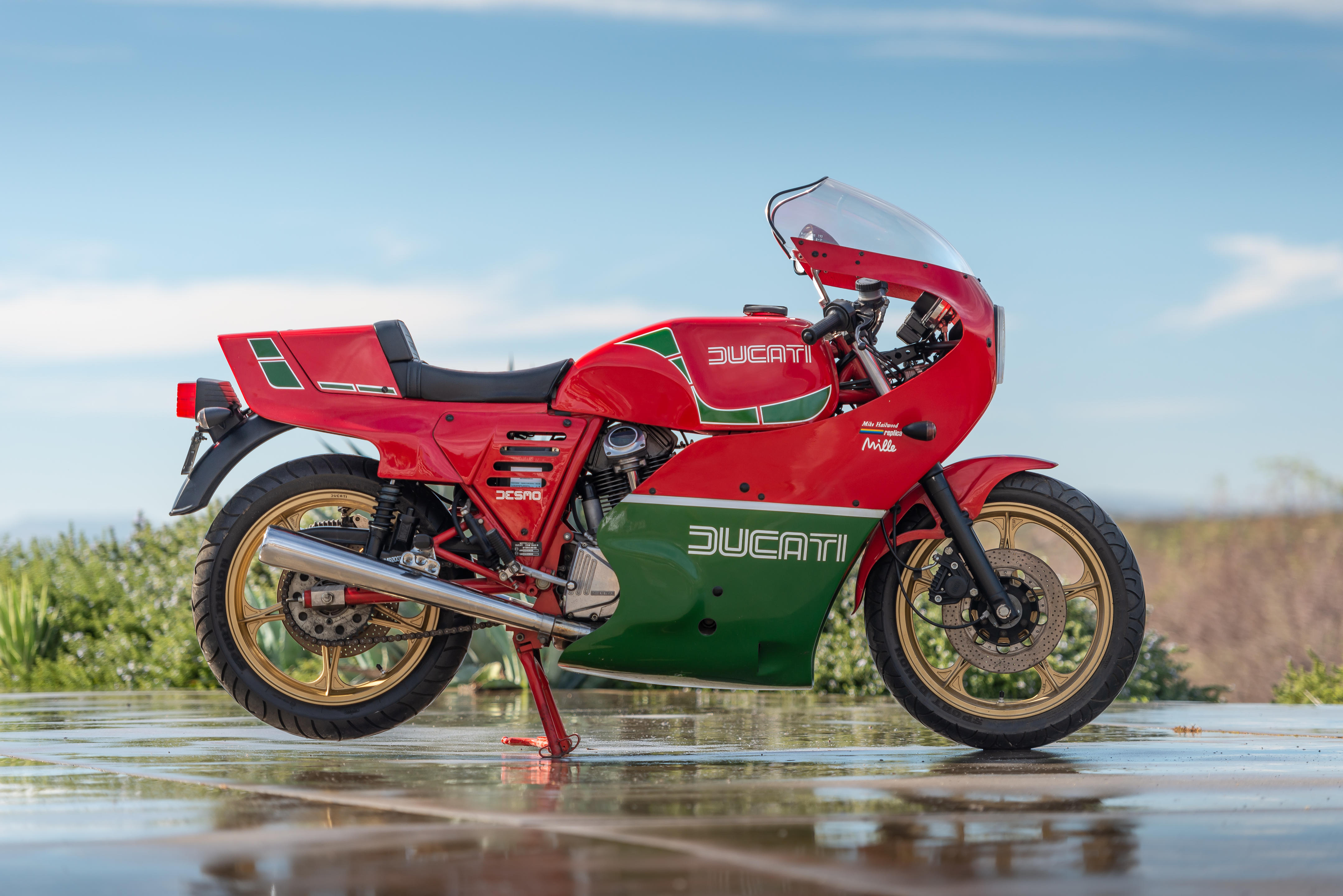 • Fantastic example of the highly desirable Mike Hailwood Replicas • Dry stored in the vendor's living room 'In 1984, motorcycle production at Ducati was in steep decline... After producing almost 7,000 motorcycles in 1981, Ducati production in 1984 reached fewer than 2,000 bikes. 'The causes were many. A state-supported company since 1975, Ducati's nominal ownership had switched in 1978 from one government-controlled company - EFIM - to another, the VM Group, part of Italian conglomerate Finmeccanica and maker of, among other things, industrial diesel engines. Ducati's Borgo Panigale factory seemed well suited to diesel manufacturing, and motorcycles became a secondary pursuit. Poor results in the all-important U.S. market and a general decline in motorcycle sales in Europe, together with the increasing impact of Japanese imports, meant Ducati was being squeezed on all sides. 'VM had pretty much pulled the plug on Ducati's racing efforts, too, though engineer Fabio Taglioni and his small team continued work on developing the potential of the Pantah engine. The iconic NCR bevel-drive racers were no longer allowed in the production-based Superbike class, and pretty much the only bevel Ducatis left on the track were privateer entries in European endurance racing and U.S. Battle of the Twins series. The result was that Ducati's principal marketing tool — racing prowess — was seriously undermined.' Robert Smith, Motocycle Classics, November/December, 2012. Of the Ducati production in 1984 of fewer than 2,000 bikes some 662 were MHRs and thus there was hope. A landmark model, the Mike Hailwood Replica owes its existence to Mike The Bike's legendary Isle of Man TT comeback victory in the 1978 Production Race riding an ex-works NCR bike entered by Sports Motor Cycles. Out of top-flight bike racing for seven years and away from the Island for eleven, Mike beat the might of the Honda works team to win the Formula 1 TT at record speed. Ducati lost little time in capitalizing on this outstanding success, launching a road-going replica the following year, which kept Ducati afloat for several years. Like the race-bike, the MHR was based on the production 900SS, but - inevitably - had much more in common with the latter than the former. Most obvious difference was the full fairing finished in red, green and white, complemented by a fiberglass tank and racing seat. Mechanical changes were confined to lighter wheels, usually by Campagnolo, and improved Brembo brakes, while the MHR's performance was pretty much the same as that of the 900SS: around 135mph flat-out. The MHR presented here is usually nicknamed the 'Hailwood Mille', getting a 1,000cc engine, an electric starter and a large fairing. The bike featured here has been stored since it was purchased in the vendor's living room as a timeless display piece. Nevertheless the bike was started and used regularly to ensure its good mechanical condition. 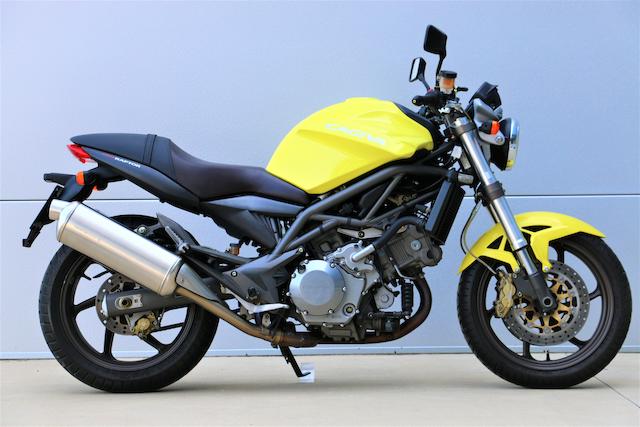