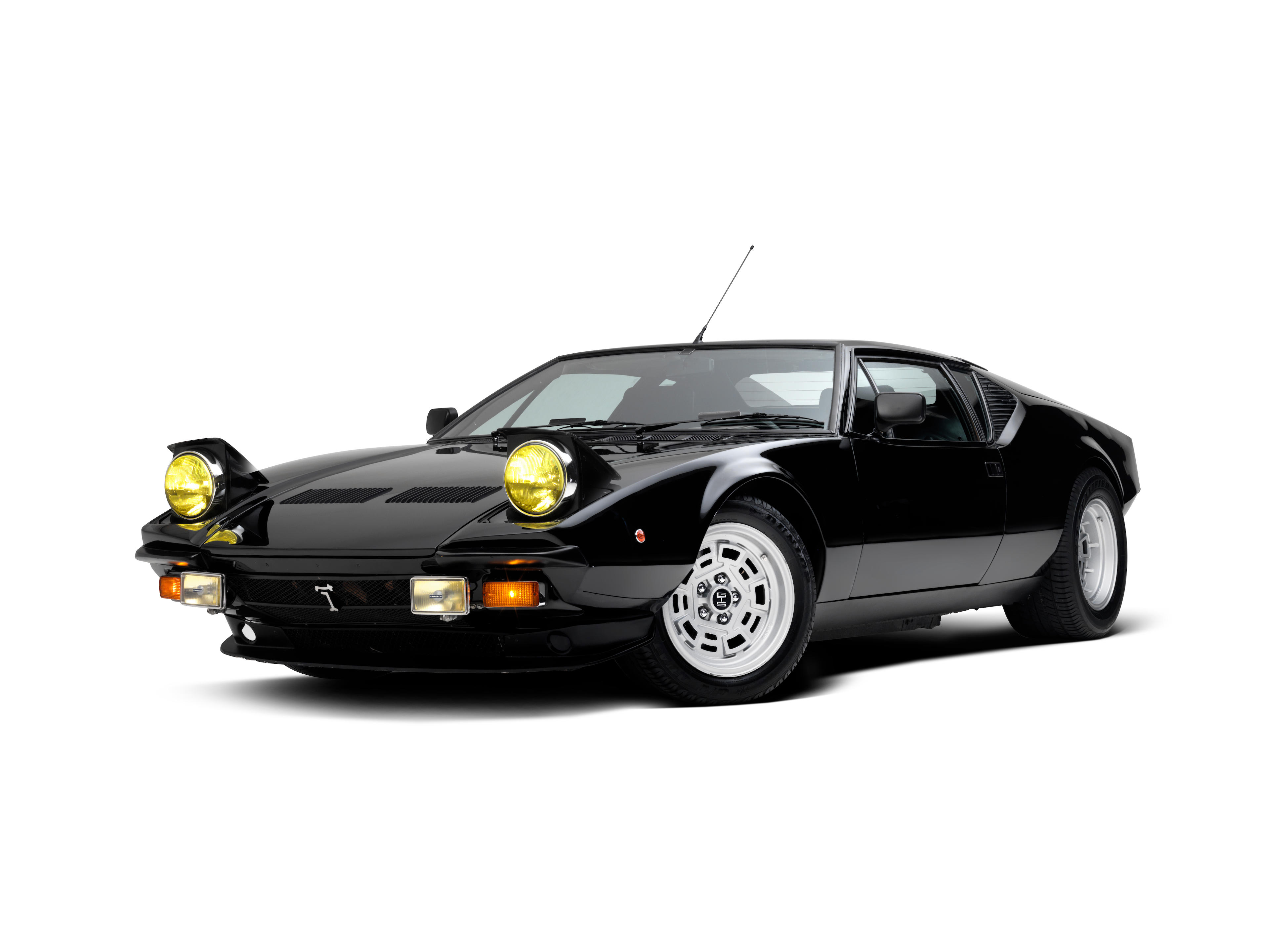 Only 27,000 kilometres from new 1979 De Tomaso Pantera GTS 'Narrow Body' Coachwork by Ghia Chassis no. THPNUD09137 •One of the very few Pantera GTS 'Narrow Body' cars built •Most powerful and sought-after GTS version (355bhp 5.7-litre V8 engine, ZF manual gearbox) •Delivered new to France •Same family ownership from new until 2014 •Un-restored and in extremely well-preserved condition •All history and full documentation from new •Matching numbers Fußnoten Having established himself as a serious automobile manufacturer with the Mangusta coupé, Alejandro De Tomaso commissioned Lamborghini designer Gianpaolo Dallara to produce the chassis for his new mid-engined supercar: the Pantera. Dallara opted for unitary construction for the steel chassis/body - abandoning the Mangusta's backbone frame - and adopted competition-specification double wishbone/coil-spring suspension all round. The Ford Motor Company was De Tomaso's partner at the time of the Pantera's introduction in 1971 and thus the Pantera, like the Mangusta, relied on Ford V8 power. Mated to a ZF all-synchro five-speed transaxle, the 351ci (5.8-litre) Cleveland engine varied in output depending on the destination market, and in European trim came with 330bhp on tap, enabling the Pantera to complete the 0-100km/h sprint in a little over 5 seconds and touch 257km/h flat out. Styled by Tom Tjaarda at Carrozzeria Ghia, the stunning coupé body was in fact built by Vignale, both companies being part of De Tomaso's empire in the early 1970s. De Tomaso's longstanding relationship with the Ford Motor Company led to an arrangement whereby the Pantera was distributed through select Lincoln-Mercury dealerships in the USA, where a lower compression, 248bhp Cleveland motor (meeting stricter emissions regulations) was introduced for 1972. The 1974 energy crisis led to a parting of the ways between Ford and De Tomaso, who continued to sell the Pantera in Europe. At around the same time Ford ceased production of the 351ci Cleveland V8, which led to De Tomaso sourcing their engines from Ford Australia who continued to make that engine until 1982. The Australian-made engines were available in a range of power outputs up to around 355bhp. Exceptionally long-lived for a supercar, the Pantera was still around in the 1990s having undergone a series of upgrades. The first of these had appeared on the 'L' model of 1972, which featured 'impact resistant' bumpers and improved cooling and air conditioning systems. Flared wheelarches distinguished the GTS model of 1974, which in European trim came with a 355bhp engine, larger wheels/tyres, and other performance enhancements This rare Pantera GTS was delivered new via Sedax, the De Tomaso importer for France. It has had only two registered owners and belonged to the same family from new until 2014. The car was ordered by Mr Pierre Maraval for the total sales price of 184,180 French Francs (original sales invoice on file) and with the following options: hot country specifications; central locking passenger side; Campagnolo wheels shod with Pirelli P7 tyres; and Group 3 sports seats. Mr Maraval also specified that the car should be delivered without the GTS model's characteristic wide wheelarches. It is believed that only very few cars were delivered like this. He kept the car in absolutely immaculate condition and had it serviced properly, unlike many Pantera owners. After the first owner's death, the Pantera GTS was transferred to his wife, Mrs Christine Maraval and later passed to their son, Philippe, who exported it to the Illinois, USA in 1997. Philippe continued to cherish this rare Pantera GTS until he passed it on to its next enthusiastic custodian in 2014 with the help of the De Tomaso importer for Belgium and gentleman racer, Claude Dubois, who has known this car from its earliest days. The current (third) owner has never registered the car and only drives it regularly over short distances to keep it in top condition. German originality special 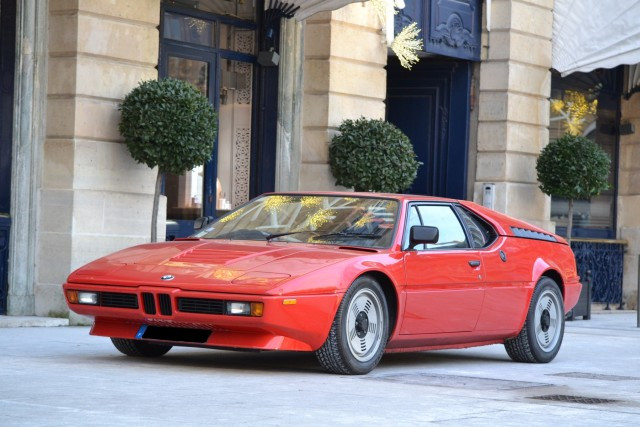 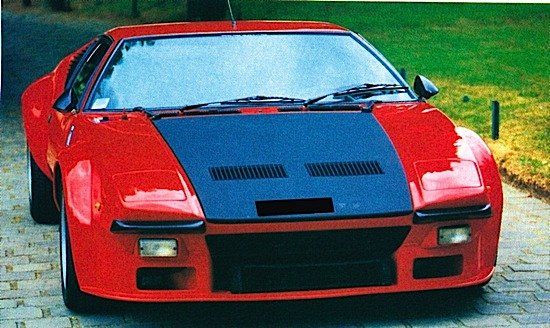 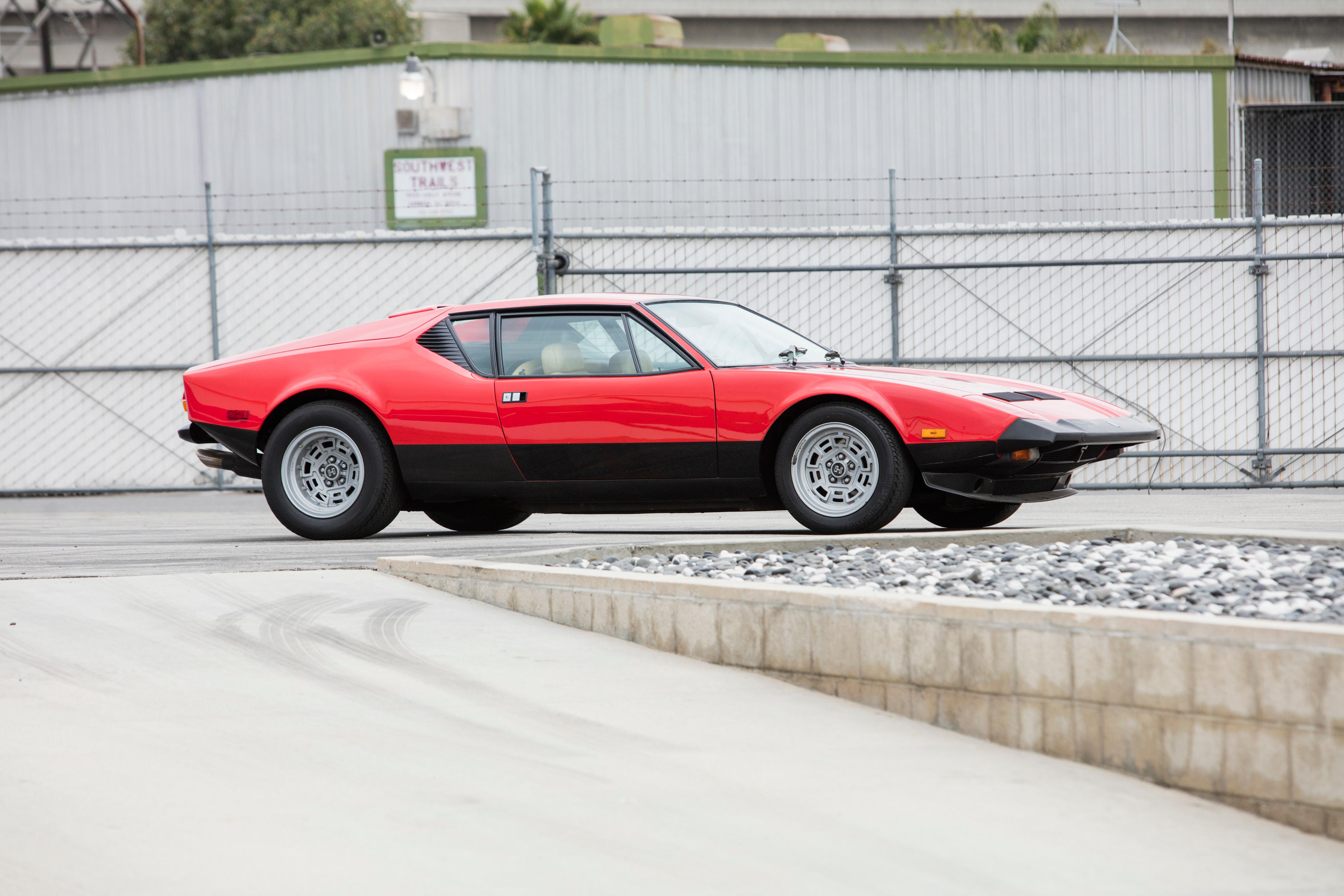 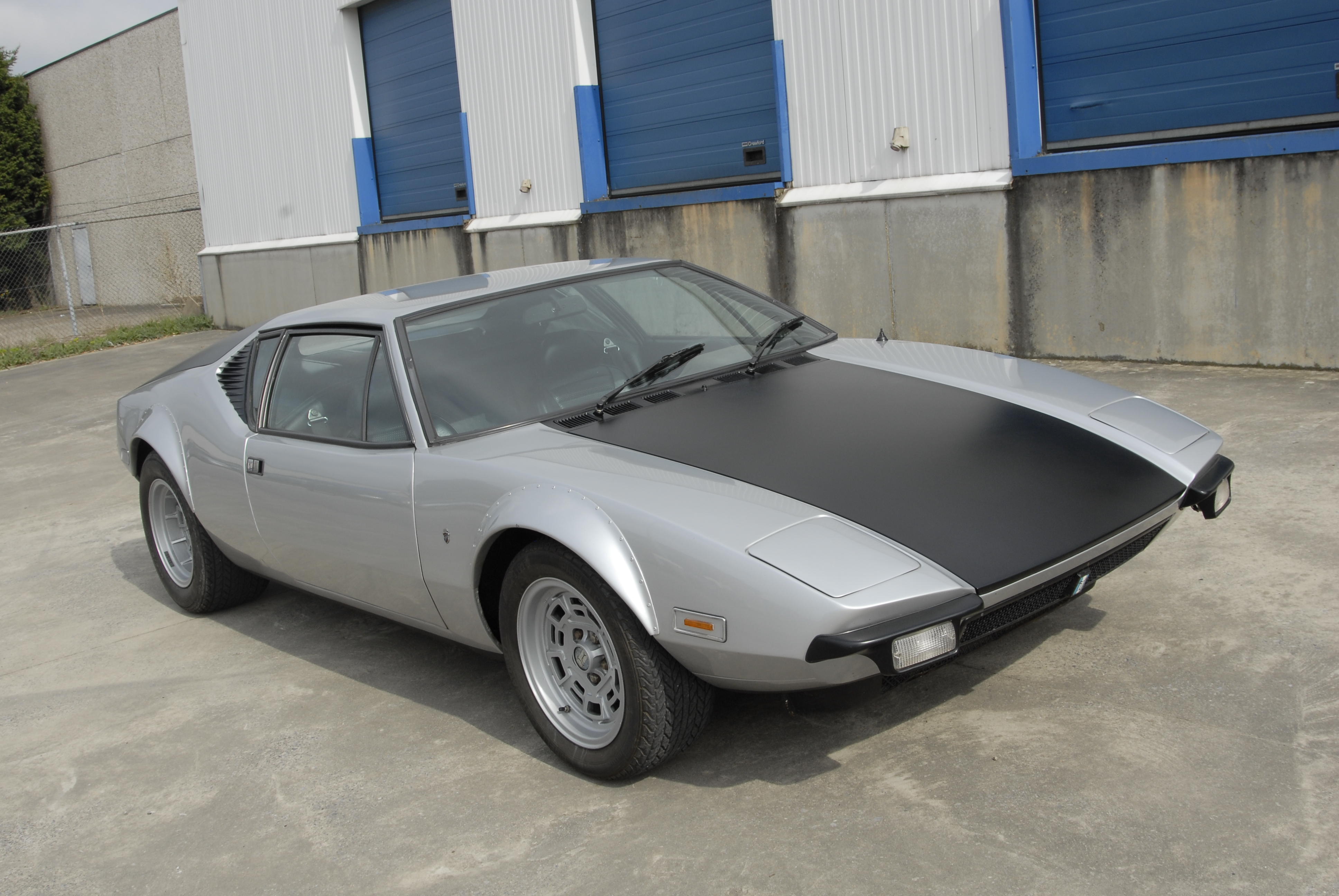 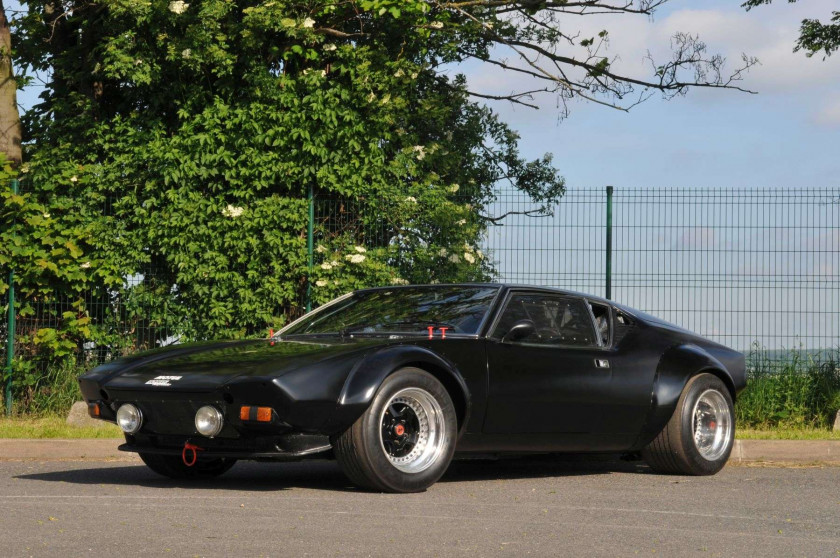 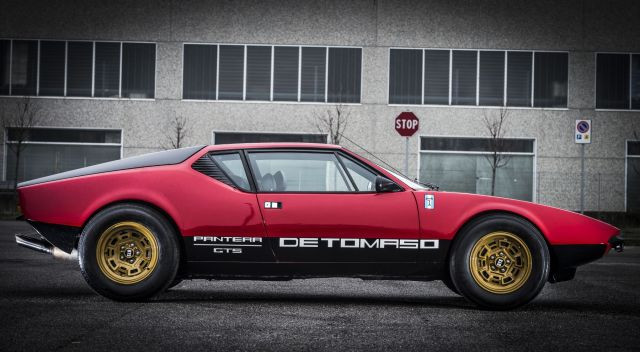 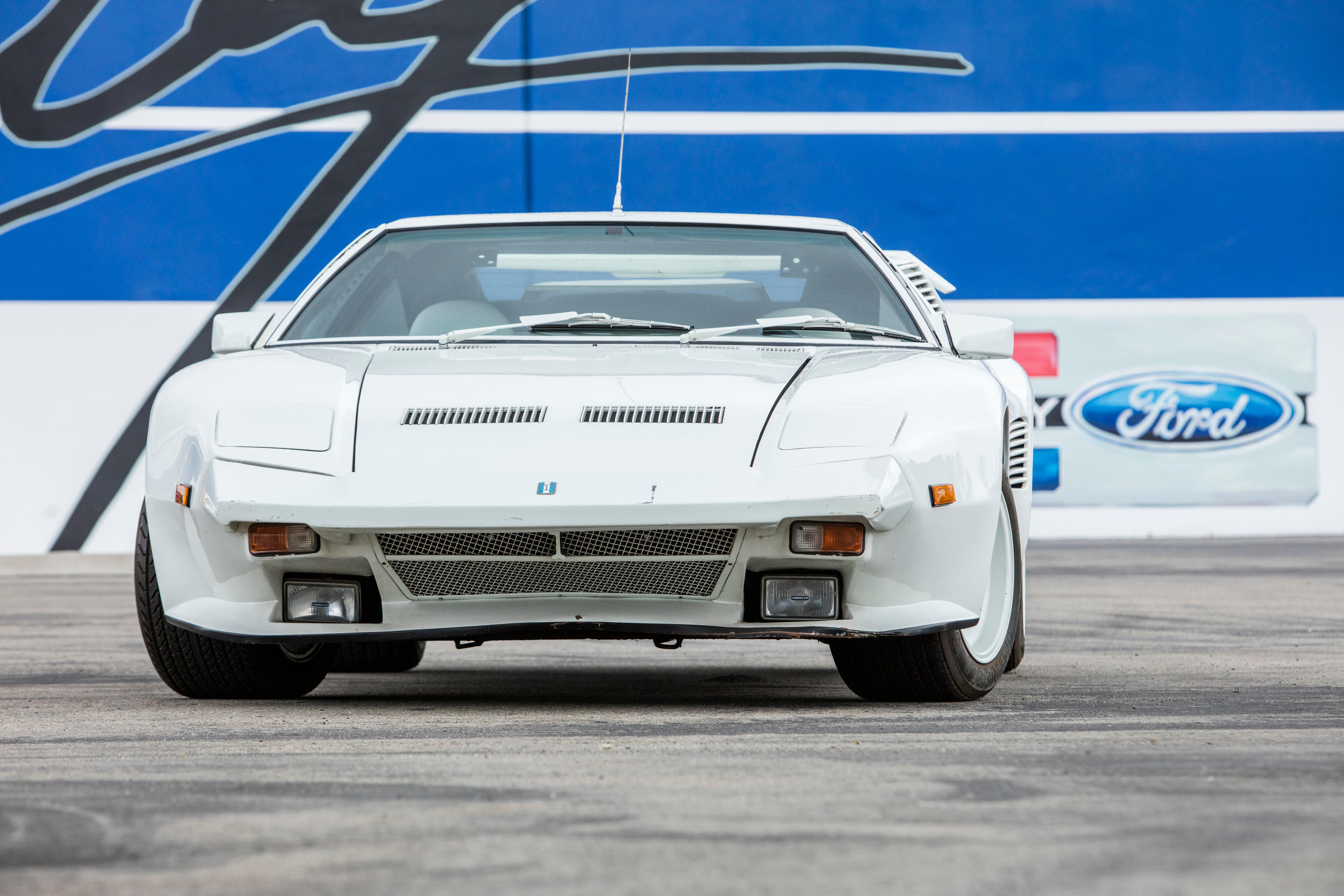 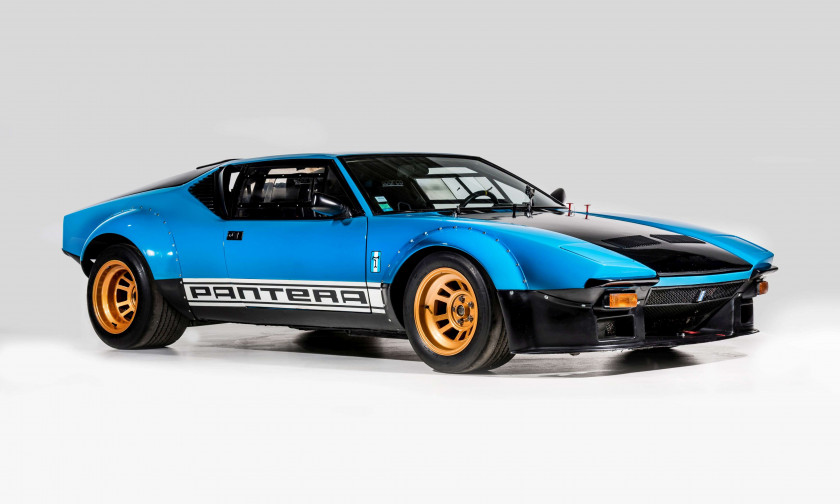 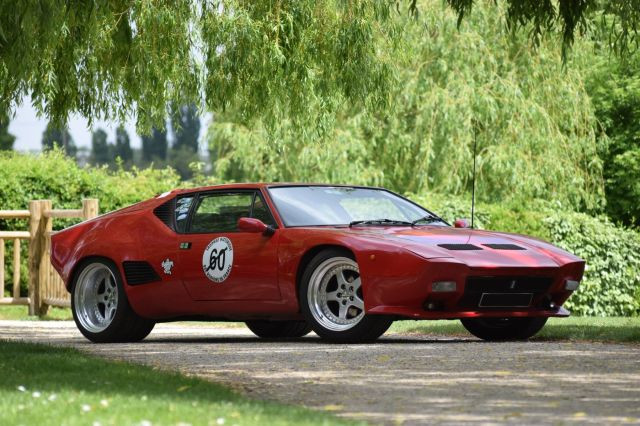 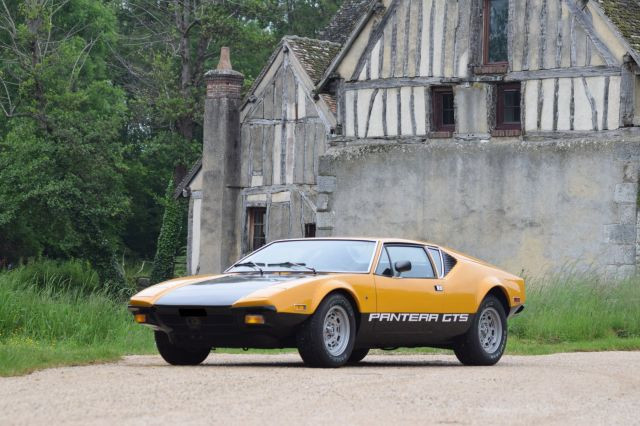