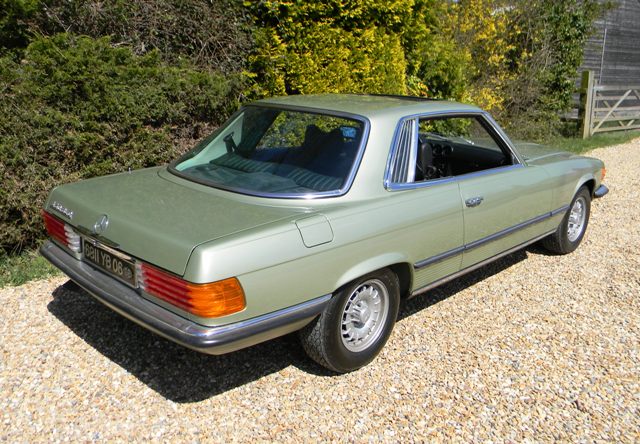 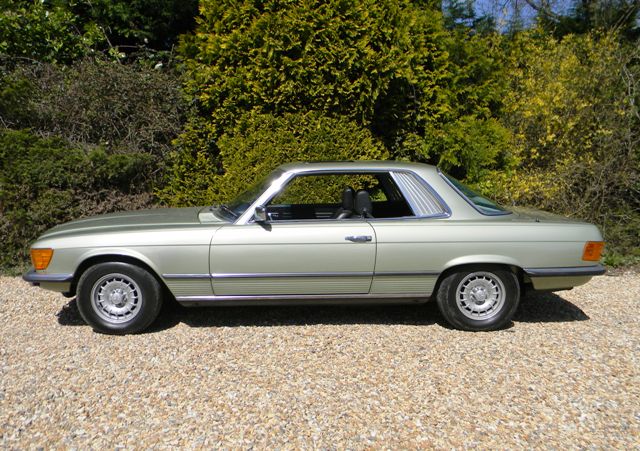 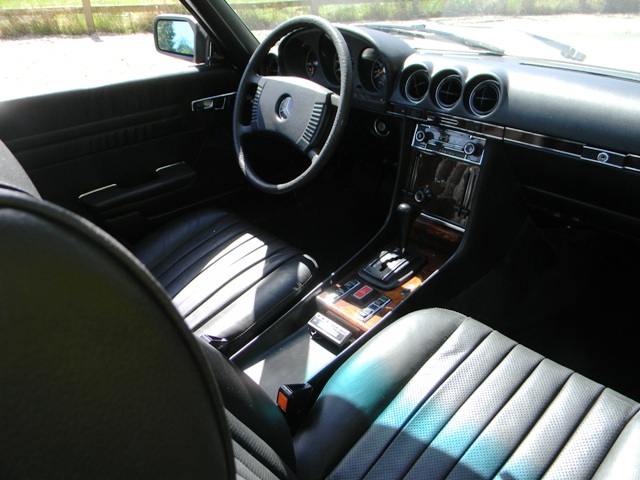 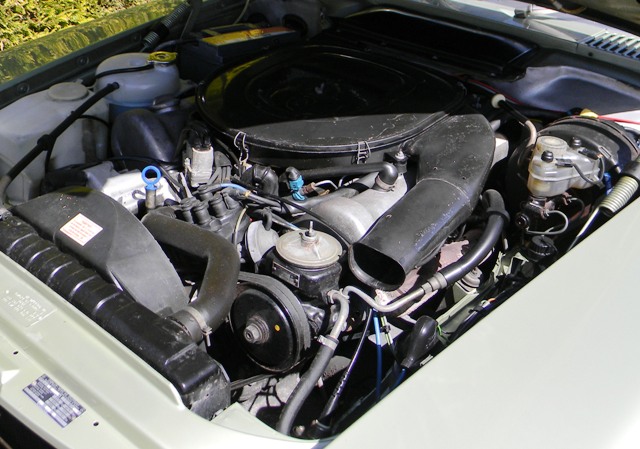 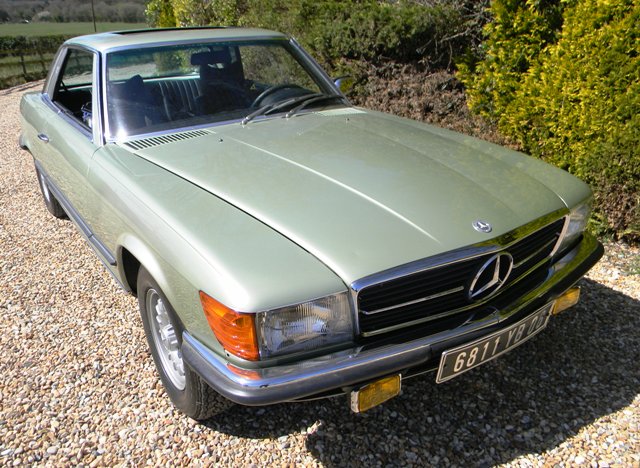 The R107 and C107 took the chassis components of the mid size Mercedes-Benz W114 model and mated them to the larger engines from the W116 S-Class. The SL version was a 2-seat roadster with standard soft top and hardtop with optional folding seats for the rear bench. The SLC (C107) derivative was a 2 door hardtop coupé with normal rear seats. The SLC is commonly referred to as an 'SL coupé', but in reality it was an S-class coupé, replacing the former saloon-based 280/300 SE coupé in the Mercedes-Benz line-up. The SLC was replaced earlier than the SL, in 1981, with a much larger model, the 380SEC, based on the new S class. Volume production of the first R107 car, the 350SL, started in April 1971 alongside the last of the W113 cars; the 350SLC followed in October. Sales in North America began in 1972, with the name 350SL, but with a larger 4.5 litre V8 engine and were renamed 450SL/SLC for model year 1973; the big V8 engine became available in other markets with the official introduction of the 450SL/SLC in March 1973. US cars sold from 1972 until 1975. From July 1974 both SL and SLC could also be ordered with a fuel-injected 2.8 litre straight-6 as 280SL and SLC. September 1977 saw the introduction of the 450SLC 5 litre featuring a new all-aluminium five-litre V8 engine, aluminium alloy doors, bonnet and boot lid - and a black rubber rear spoiler. This left-hand drive, French registered, two owner Mercedes-Benz 450SLC was supplied new in Monaco in 1978 with all the usual extras including sunroof, leather interior, cruise control, alloy wheels and Becker radio/cassette player. Finished in Mercedes 861 Silver Green with black interior, this low mileage car has been looked after all of its life. The second owner, a Canadian who has homes in France, UK and the USA, had this Mercedes gone through at a cost exceeding €20,000 around 2005. This completely rust free 450SLC is supplied with a French registration document, a new UK MoT test certificate, English and French handbooks, invoices showing the works carried out and a service book stamped up to 1989. This is fast becoming regarded as a very usable, stylish classic which still looks at home parked outside the Casino in Monte Carlo. 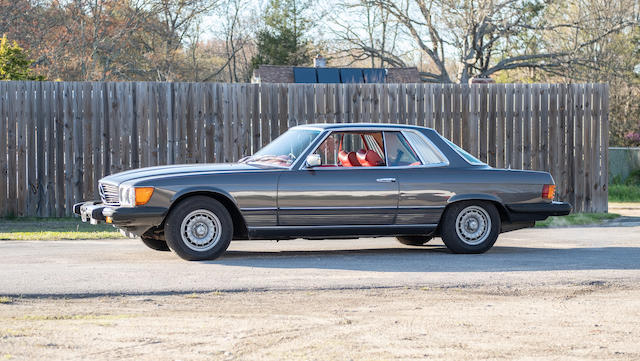