1974 MERCEDES-BENZ 350 SLC Registration No. FKG 291M Chassis No: 1070232209565 Engine No: 11698222015315 Silver grey with black interior Engine: V8, overhead camshaft, 3,499cc, 200 bhp at 5,800 rpm; Gearbox: 3 speed automatic; Suspension: front, unequal-length double wishbones, coil springs with telescopic dampers and anti-roll bar, rear, semi-trailing arms, coil springs with telescopic dampers and anti-roll bar; Brakes: front, ventilated discs, rear, solid discs, both with servo assistance. Right hand drive. The SLC models were introduced in 1972 and production ran for nine years. Designed as a replacement for the renowned large four seater coupés of the 1960s, which had in effect been shortened variants of limousines, their construction was based on an altogether different formula, a lengthened version of the two seater SL model. However, the 'SLC' was not simply a converted SL, but a model that was produced outright and alongside the two seater cars. The benefit to the company in terms of production cost was that they shared the same power units, drive train and suspension. While, with the additional length between the rear of the door and rear wheel arch, buyers got a genuine four seater that could carry its passengers in comfort and had ample allowance for luggage space. Perhaps the only downside was that for structural rigidity the option of a convertible had to be ruled out, but cleverly Mercedes-Benz cosmetically disguised the extra space by adding louvres ahead of the rear window pillars, thereby maintaining the attractive SL lines. Mercedes offered four variants, a 280 SLC, 350 SLC and 450 SLC as well as a 350 SLC 4.5 litre for the American market. Their performance was naturally a little more staid than on the SL, but straight line speed was only modestly encumbered, and the handling and ride were generally considered to have been an improvement on the coupé. The Mercedes on offer today spent many years in Guernsey, before coming into its present, fourth ownership from new. Its mileage to date is approximately 66,000 and the overall condition of the car reflects this, showing some age, but remaining presentable and clearly having been looked after. With power-steering and the desirable optional extra of a sunroof, the car represents a usable example of the marque. 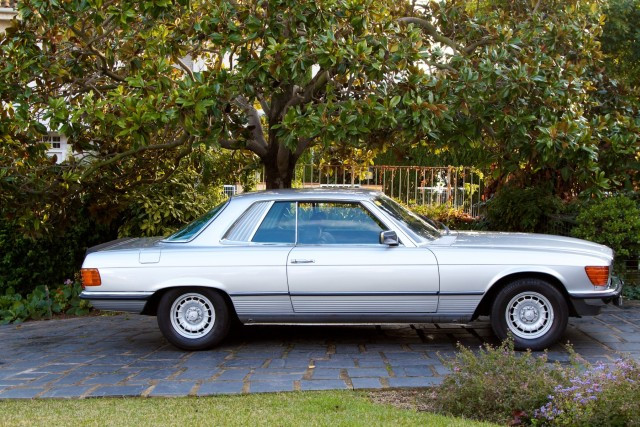 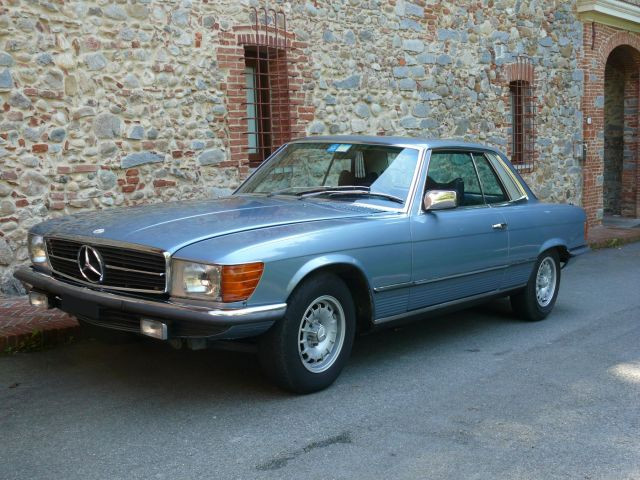