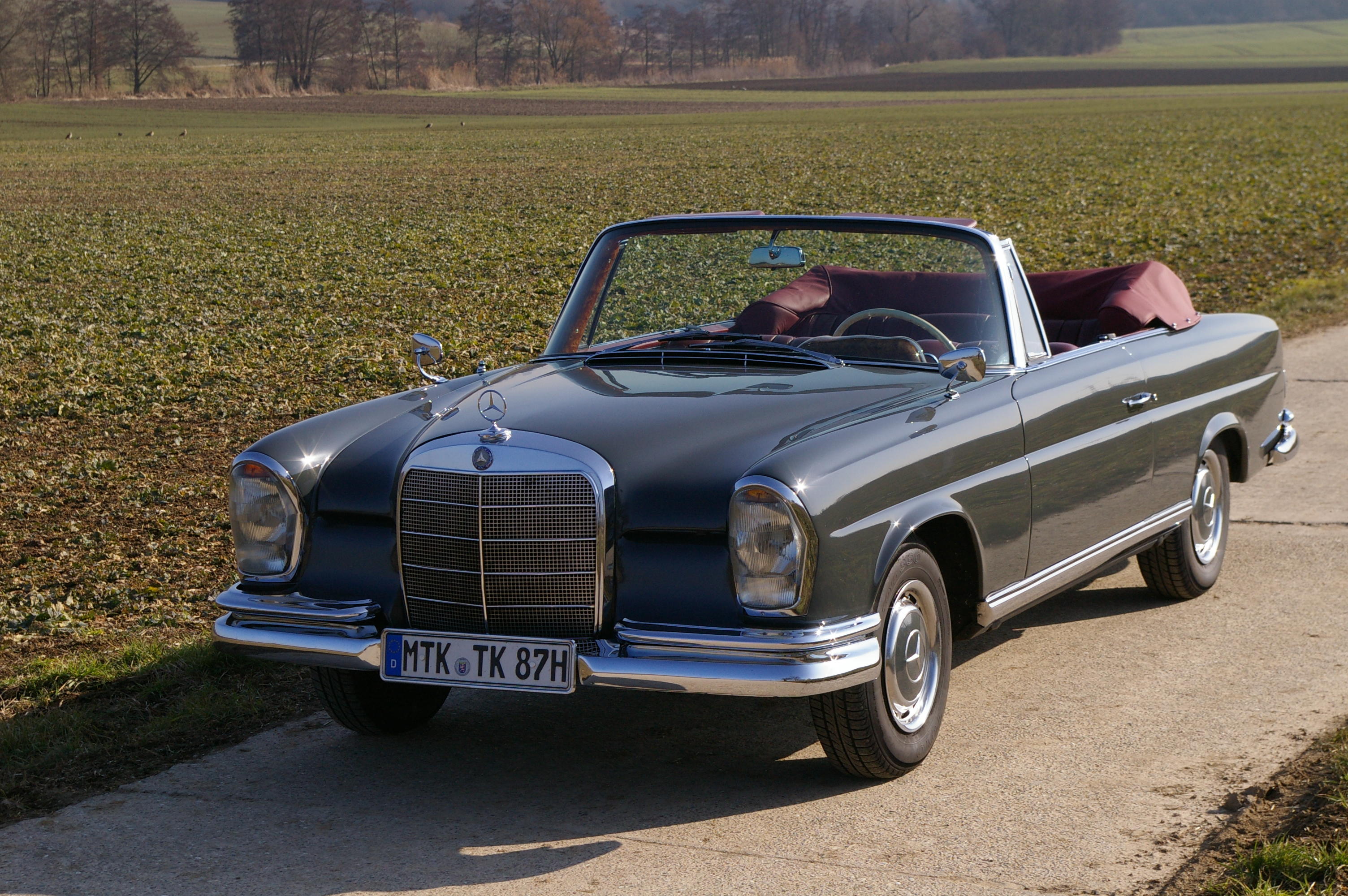 •Delivered new to Switzerland •Two owners from new •Matching numbers •Manual transmission •Extensively restored between 2003 and 2009 'In the design of the 220 SE coupé, practical considerations have sometimes been given up for better looks, but the car gives passengers as well as the driver a fine feeling of safety, based in fact on first-class road-holding, excellent brakes and precise steering, not to mention the extreme comfort of the wide, well-upholstered individual front seats.' – Car & Driver. Mercedes-Benz debuted four new models at the Frankfurt Show in 1959 - the 220 SEb among them - all of which shared the same basic unitary-construction bodyshell and all-round independent suspension. Longer than their predecessors, these elegant newcomers featured a wider radiator shell, wrap-around windscreen, wider rear window, and vertically positioned twin headlamps. The new 220 SEb retained the fuel-injected, single-overhead-camshaft engine of the previous 220 SE, though maximum power of the 2,195cc six was increased by five horsepower to 120bhp (DIN). Top speed was now 107mph (170km/h) with 60mph (97km/h) attainable in under 14 seconds. Coupé and Cabriolet models appeared in 1960 and 1961 respectively, minus the already dated-looking tail fins of the saloon. More modern in style, the luxurious 220 SEb Coupé and Cabriolet were better appointed too, being equipped as standard with a rev counter and leather upholstery, while four-speed automatic transmission with floor-mounted gearchange lever was avaiable as an option. Front disc brakes were fitted from the start of production, a benefit not enjoyed by the 220 SEb saloon until 1962. By the time production ceased in October 1965, fewer than 17,000 220 SEb Coupé and Cabriolet models had been manufactured, and today these stylish and luxuriously equipped Grand Tourers are highly prized. Delivered new via the Mercedes-Benz sales organisation in Switzerland on 29th May 1963, this 220SEb Cabriolet has been in the vendor's private collection since 1999. We are advised that the previous owner's widow stated that her husband was the sole owner in Switzerland, but here are no documents surviving from this stage of the car's life. Since 1999, restoration and maintenance have been documented by invoices and photographs. Having commenced in 2003, restoration of the bodywork was completed in 2009 using original Mercedes-Benz panels as far as possible, while any unobtainable panels were made by hand (no off-the-shelf panels were used). The car was then repainted in the original colour (DB 190 graphite grey) with subsequent cavity sealing. These works are documented by numerous photographs in addition to the invoices. The mechanicals were fully tested and, where necessary, reconditioned; since then, only regular maintenance has proved necessary as no repairs have been needed. A list of the works carried out is available on request. The bumpers and sill trim strips were newly chromium-plated during the restoration; the remaining trim is described by the vendor as in a good-to-very-good original condition. The red leather upholstery is still largely original as are the nicely patinated door panels and carpets. All wood trim was re-veneered, and the interior also features a period-correct Blaupunkt Frankfurt radio with MP3 adapter and Hirschmann electric antenna. The rebuilt convertible hood is made of original-specification 'Sunland' fabric with horsehair padding, while the tonneau cover is new (shrunken original with car). An original power steering system as well as the obligatory hazard-warning flasher has been retrofitted. The wheels are shod with new Vredestein Sprint Classic tyres (185/80 R14) and the battery likewise is new. In March 2017, a cosmetic and mechanical overhaul of the engine ancillaries was carried out, though no repairs were found necessary. Driven regularly and ready to enjoy, this elegant Mercedes-Benz soft-top is offered with copy data card, German 'Historic' registratio 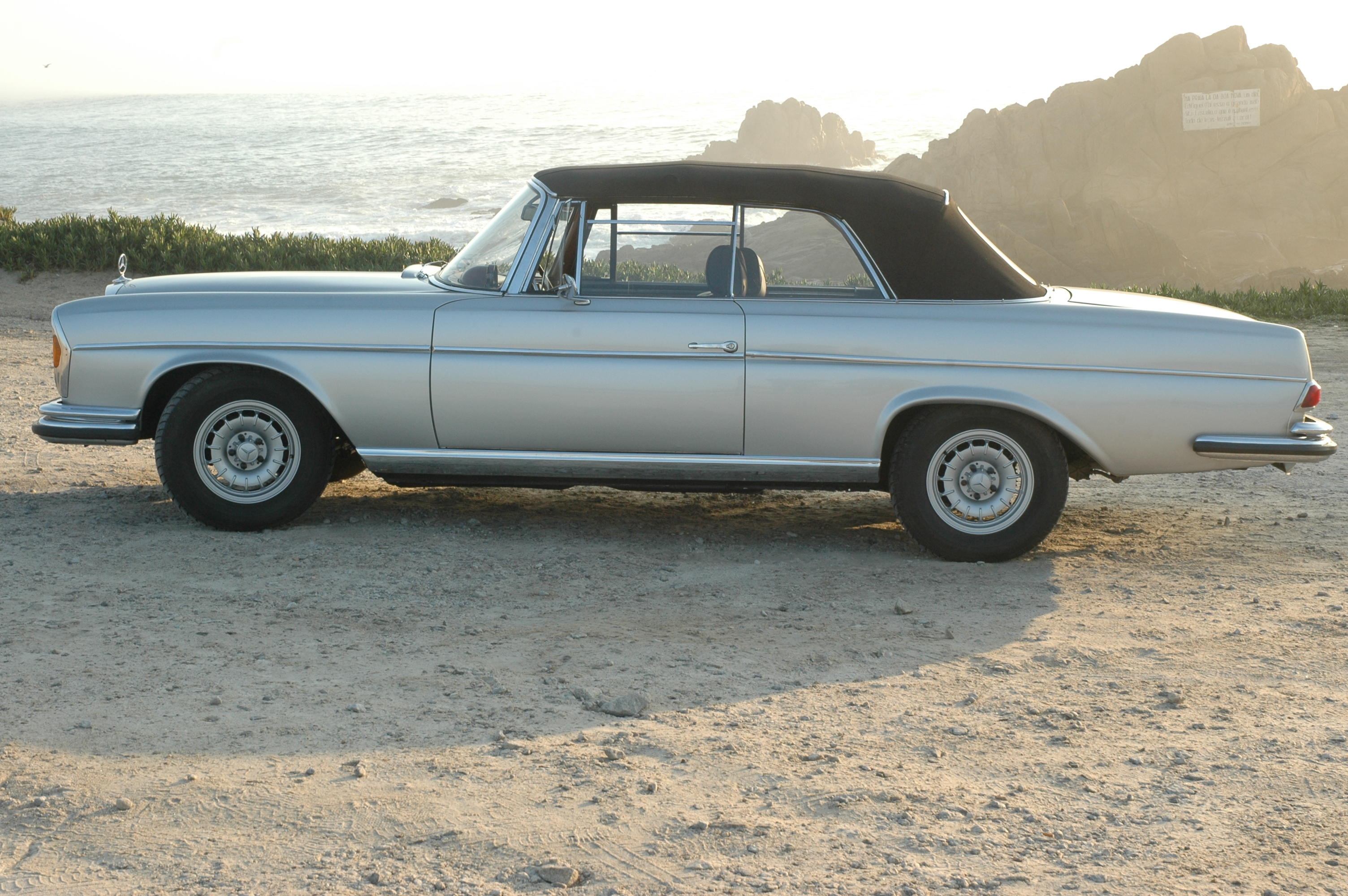 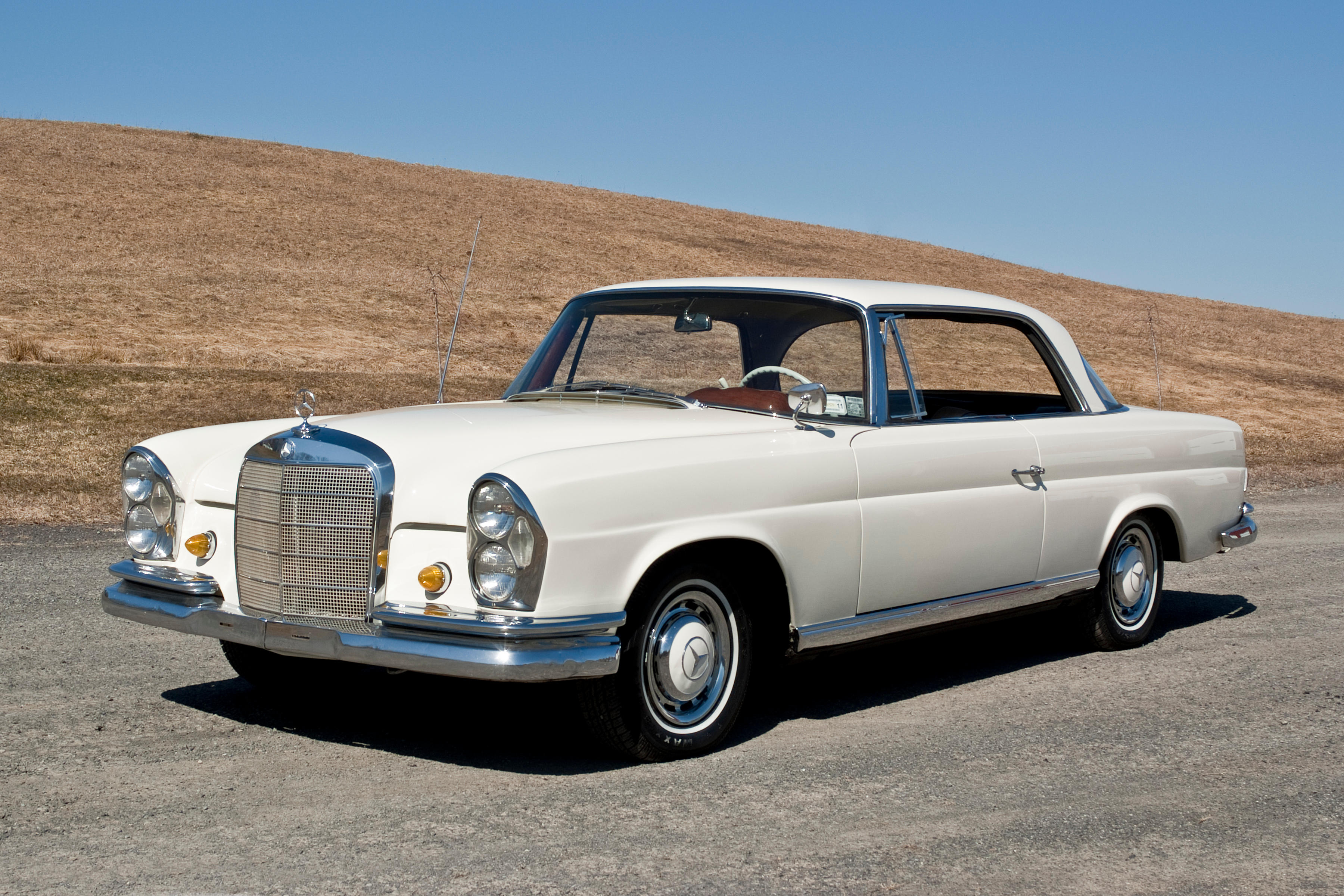