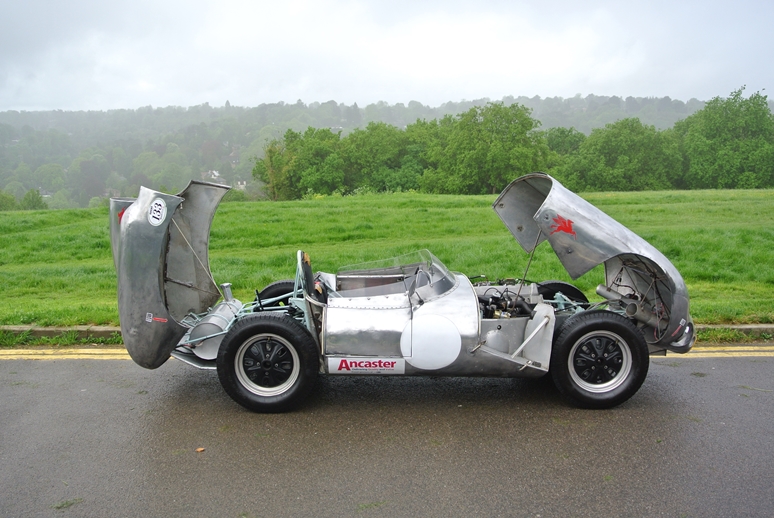 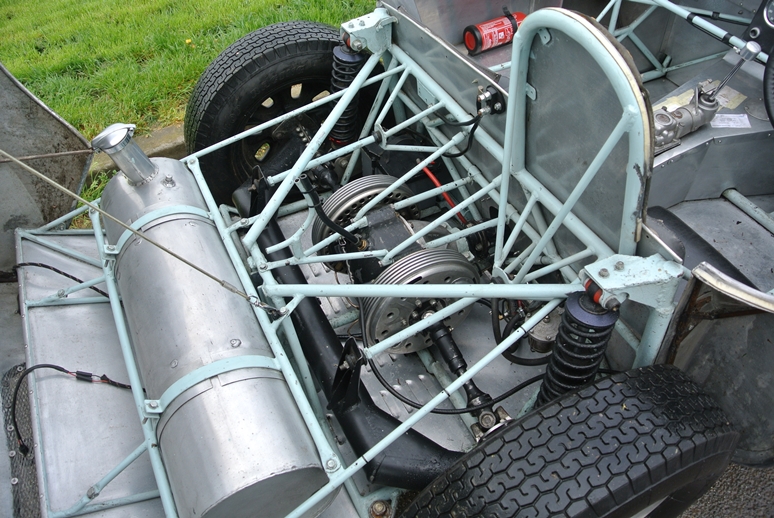 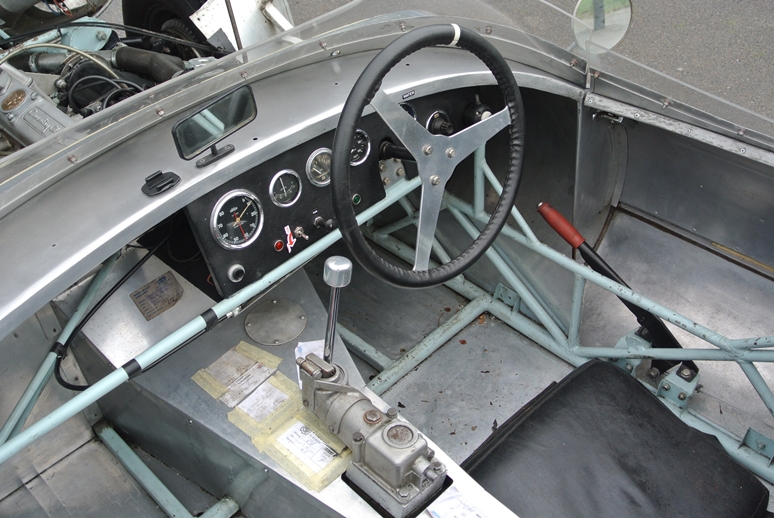 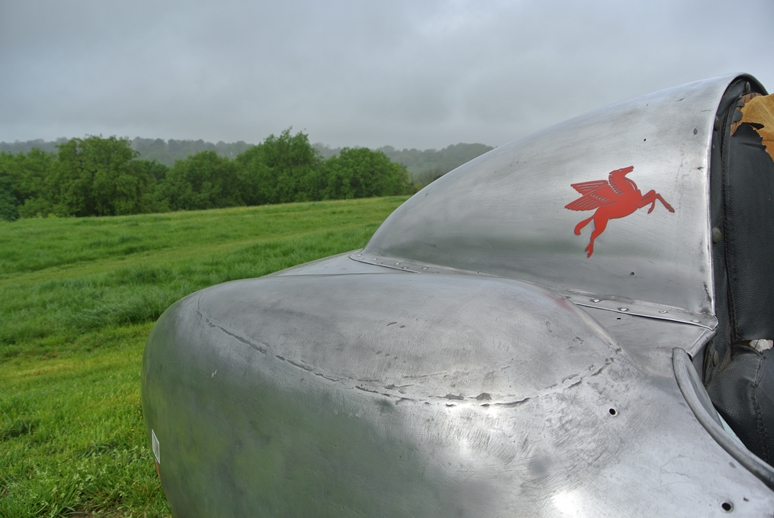 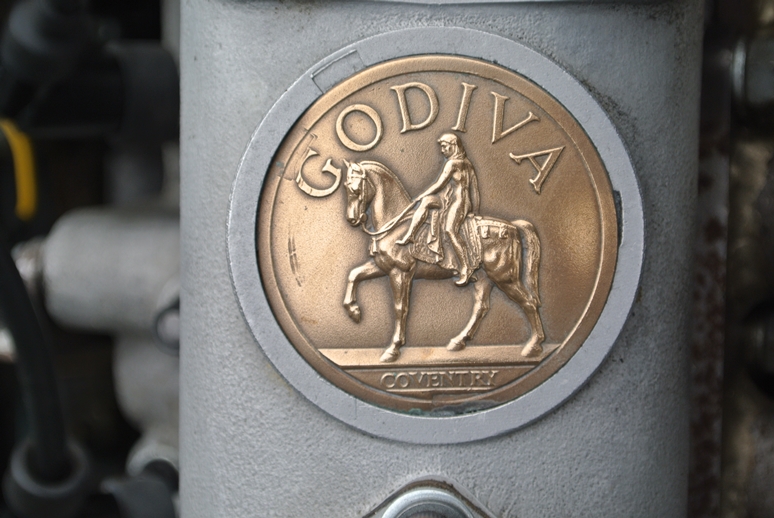 Once his military service was complete in 1947, racing enthusiast Frank Nichols purchased a small garage at Westham, England. Having achieved some success, he then moved to larger premises in Bexhill, Sussex, where a burgeoning motor racing community existed. Beginning with a Lotus VI, Nichols campaigned a CSM Special in 1954, achieving considerable success. He resolved to produce and sell a similar car of his own design and, in 1955, founded Elva Engineering Company. Legend has it that Nichols named his cars "Elva" for the French "elle va," meaning "she goes."Designed by Mick Chapman and competing immediately and successfully against the similar small displacement Lotus sports-racers of Colin Chapman, its success encouraged Nichols to emulate its design with the first few Elva live rear axle sports-racers, they were the equal, if not the better, of Chapman's Lotus 11 in England, Europe and the U.S. Originally sold to Carol Shelby's chief mechanic, Thomas R. Greatorex of Ohio through official importers Continental Motors of Rhode Island and first registered on 1 st January 1959. The first race was at the 9 th Annual Sports Car Trophy Races at Harewood Acres in Toronto in August 15 th , 1959. Greatorex finished 6 th with a Jaguar XKSS taking the chequered flag followed by a Porsche 718RSK Spyder in the Harewood Acres Le Mans race. He was entered into the Formula Libre event on the same day but did not make the start. The following month Greatorex headed to Meadowdale in Illinois as part of the Meadowdale Formula Libre event on the 6 th September. Greatorex finished 10 th amongst Jaguar D-Type, Porsche 550RS and a Maserati 450S. The last known race Greatorex competed in the Elva is at the International Formula Libre Grand Prix at Watkins Glen on the 18 th October. He came 4 th with the winner Sterling Moss in a Cooper Climax T51 GP car. It was a 235 mile race in 'artic conditions' against a Maserati 300S, Jaguar D-Type, RSK Porsche and various Ferrari's; serious opposition including Jo Bonnier and Roger Penske at the wheel of rival cars. The Elva was finished in mid metallic blue and carried number 5. The Elva was sold by Greatorex to Ralph Hoyt in 1962, an 'Assignment of Certificate of Title' is included in the file and raced in California to the mid 1960s with a 1500 Ford Cosworth engine. The owner believes that the car was used in local club events in the States for a period of time before the Elva was retained as collateral for a bank loan and remained in a bonded warehouse or similar. Fast forward to 1992 where the car was in the ownership of specialist Henry Philip Schmidt, more recently trading under the name of Supertec performance in Costa Mesa then Fallbrook, California. The Elva resided with him from 1992 until 2008 where it was exported to the UK and sold by auction in 2009 where it was purchased by the current keeper and subsequently underwent a sympathetic and loving restoration while keeping an eye on originality which was very much at the forefront of the restoration process. The original chassis is cloaked in its original aluminium body work which has a wonderful patina showing the original welds. The rear axle as well as the magnesium differential case and Elva wheels are all original items. Under the bonnet is a 1450cc Coventry Climax OHC FWB engine breathing through 2 twin choke 40 DCOE Weber carburettors with the original Alfin inboard drums bringing the car to a halt. Since the work has been completed, this historically important race car has been campaigned in a variety of club events including first in class at Crystal Palace hill climb as well as AMOC meeting at Brands Hatch, AMOC XK Challenge, GMCC meet and Shere hill climb. Its last competitive outing was last year and we would recommend before taking to the track in anger a light reconditioning. With superb period competition history and originality in abundance; this Elva is a highly versatile and competitive race car, road legal and is 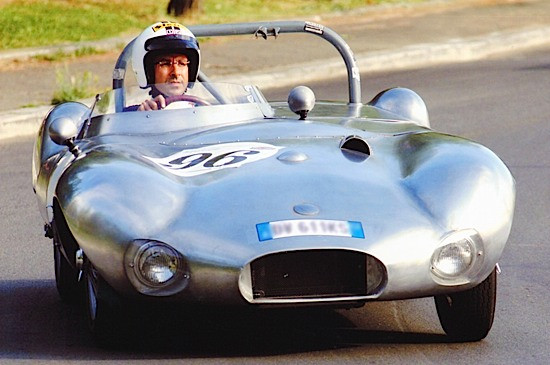