'As early as 1959, in line with their policy of replacing old with new, Ducati phased out its Gran Sport models in favour of the new Formula 3 series. It was to be built in three engines: the 175 (1959-61), the 125 (1959-61) and the 250 (1961-62). All three were pure-bred, hand-built racing motorcycles, built for Italian Formula 3 competition.' – Mick Walker, 'Ducati- The Racing Story'. Designed by newly arrived Fabio Taglioni, Ducati's first overhead-camshaft single - the 100 Gran Sport - appeared on the racetrack in 1955 and soon proved unbeatable in its class. The Gran Sport's overhead cam was driven by a vertical shaft and bevel gears, and this method was carried over to Ducati's next racer, the 125, a landmark design that debuted Taglioni's famous 'desmodromic' method of valve actuation that dispensed with springs, the valves being closed by a third set of cams. Positive valve closure was not a new idea, but Taglioni was the first to make it work on a motorcycle engine and Ducati remains the only manufacturer to have offered this innovation for public sale. The new 125 racer debuted in the Swedish Grand Prix at Hedemora in July 1956 when, with factory rider Degli Antoni aboard, it lapped the entire field, romping away to a fairytale victory. For the production racing classes, Ducati offered its Formula 3 model in 125cc, 175cc and (later) 250cc capacities. Although visibly similar to their road-going equivalents, these were very different motorcycles featuring sand-cast crankcases and special engine internals, while the camshaft bevels and primary drive featured straight-cut gears. The gearbox was a four-speeder. Lower and lighter than the roadster versions, the frames featured a lowered steering head, shorter forks, and a shorter swinging arm. Brakes were upgraded to racing specification. Ducati quoted a maximum power output of 16bhp for the 175. The Formula 3's first major success came in 1958, shortly after its introduction, when Francesco Villa rode one to victory in the 175 F3 race supporting the Grand Prix des Nations at Monza. In its native Italy the 125 Formula 3 would provide Ducati with regular victories in that class into the mid-1960s. In the USA, works rider Franco Farné travelled the country visiting Ducati dealerships to promote the brand, as well as taking in an extensive programme of racing for which the factory had provided him with a 175 F3 and a 125 Desmo single. At Daytona in March 1959, shortly after arriving, Farné secured a memorable victory in the 250 class riding the 175cc F3. Franco Villa took over in 1960 and continued the successful promotion of Ducati's OHC singles for importer Berliner Motor Corporation. Hand built in small numbers, the Formula 3 Ducatis were necessarily expensive; indeed, in the UK the 175 cost more than a 500cc Manx Norton! Understandably, production of these exotic Formula 3 models was limited, perhaps amounting to fewer than 100, making any genuine example extremely rare today. This genuine Ducati Formula 3 was raced by Sonny Angel of San Diego, California before being enjoyed as part of the private collection belonging to a local discerning enthusiast. It was fully and correctly restored by marque expert Ted Henry of Torrance, California, with Frank Scurria rebuilding the engine before the machine became part of Hollywood photographer, Guy Webster's, collection. It was then acquired by the world famous Jack Silverman Collection, from which it is offered for sale. The machine is presented in beautiful condition and is said to be ready to show or, following appropriate re-commissioning, to race. 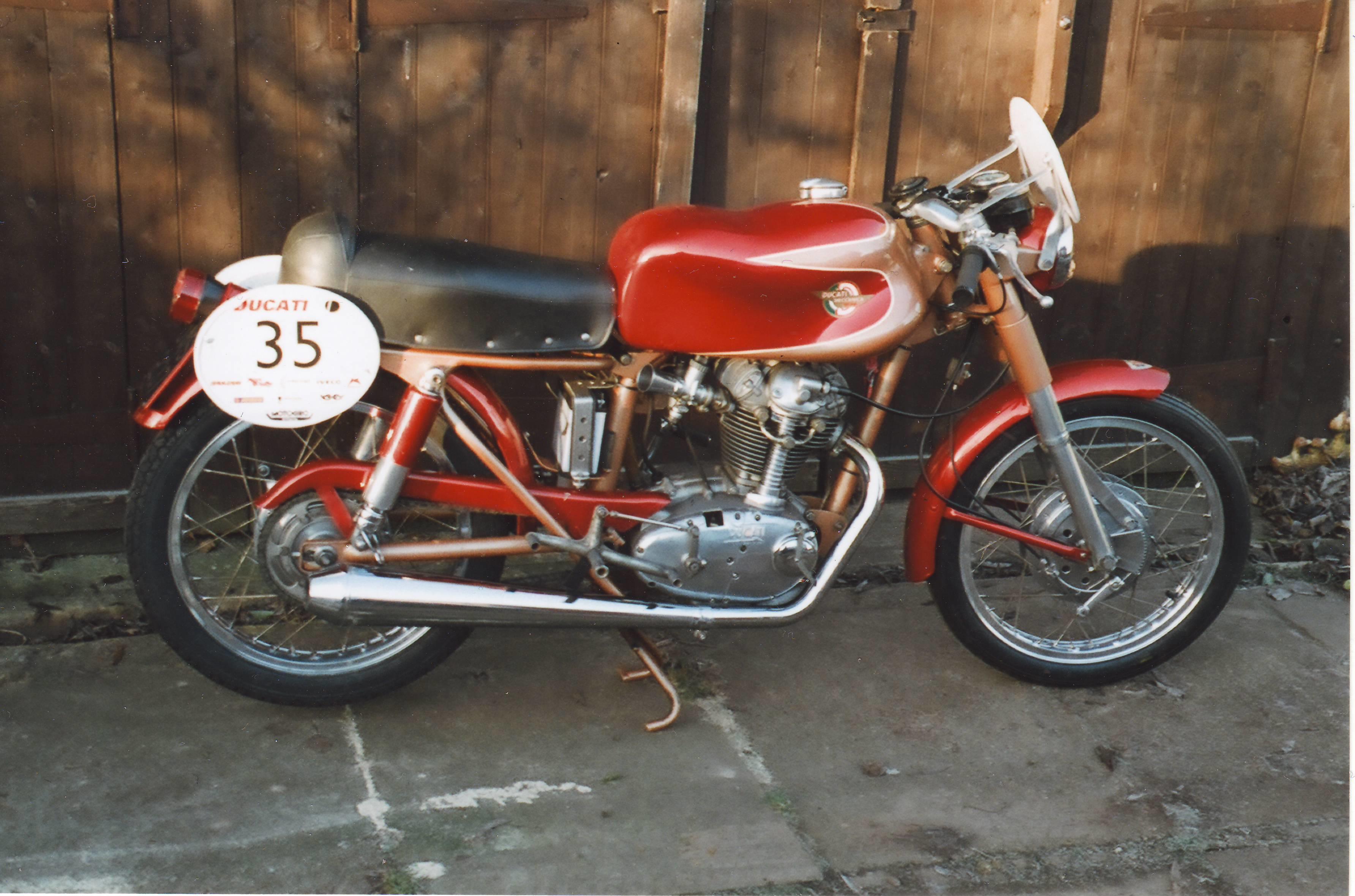 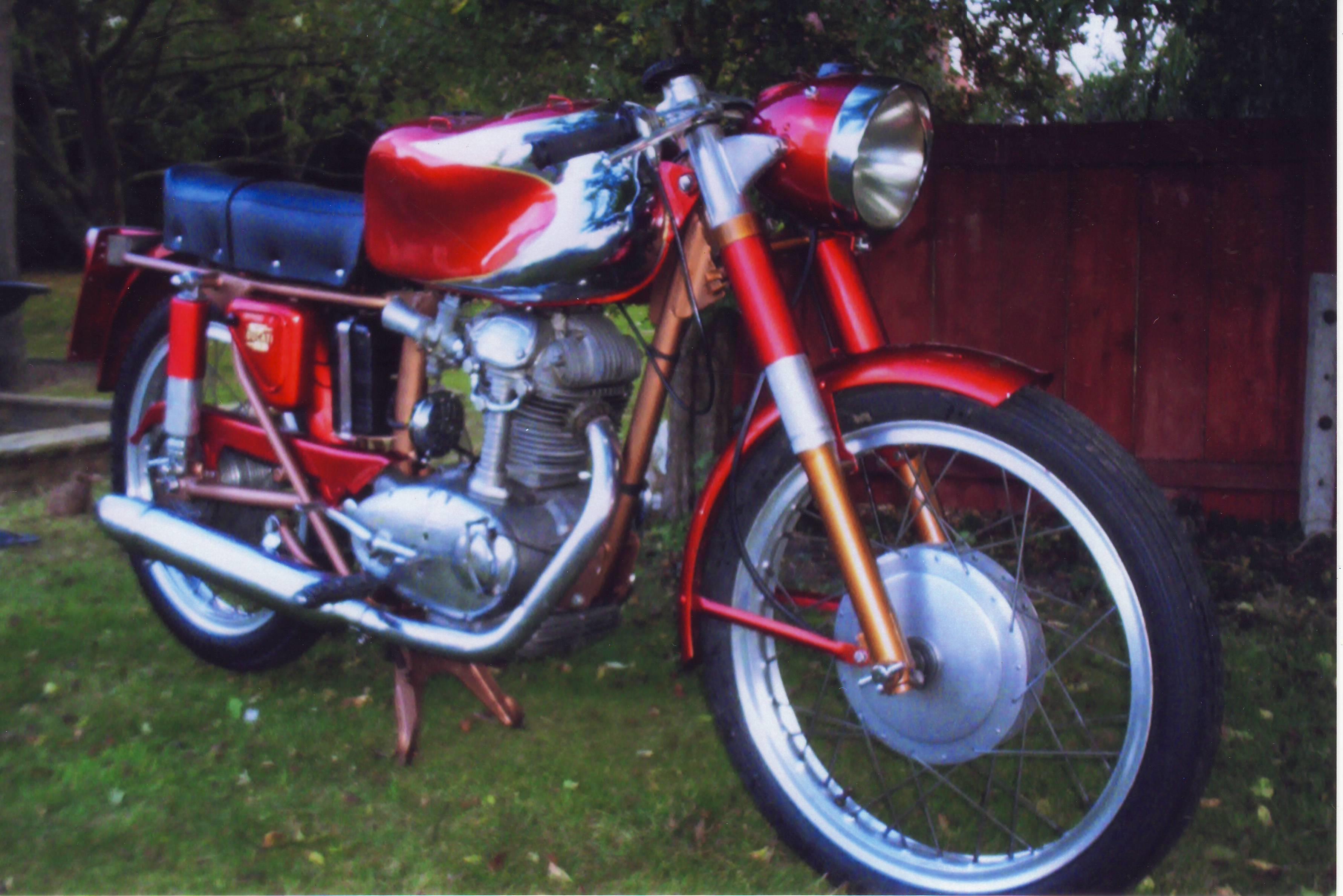 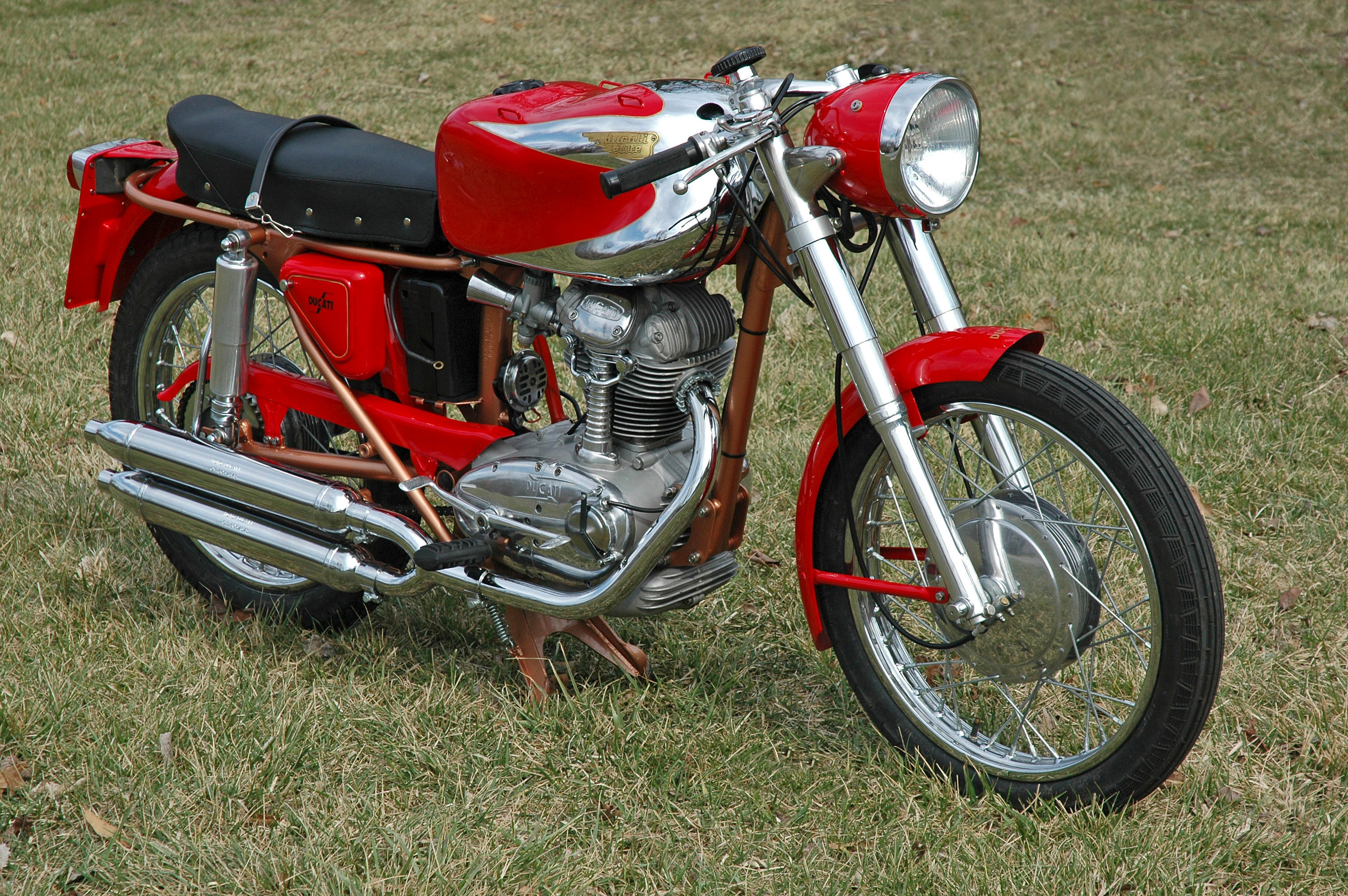 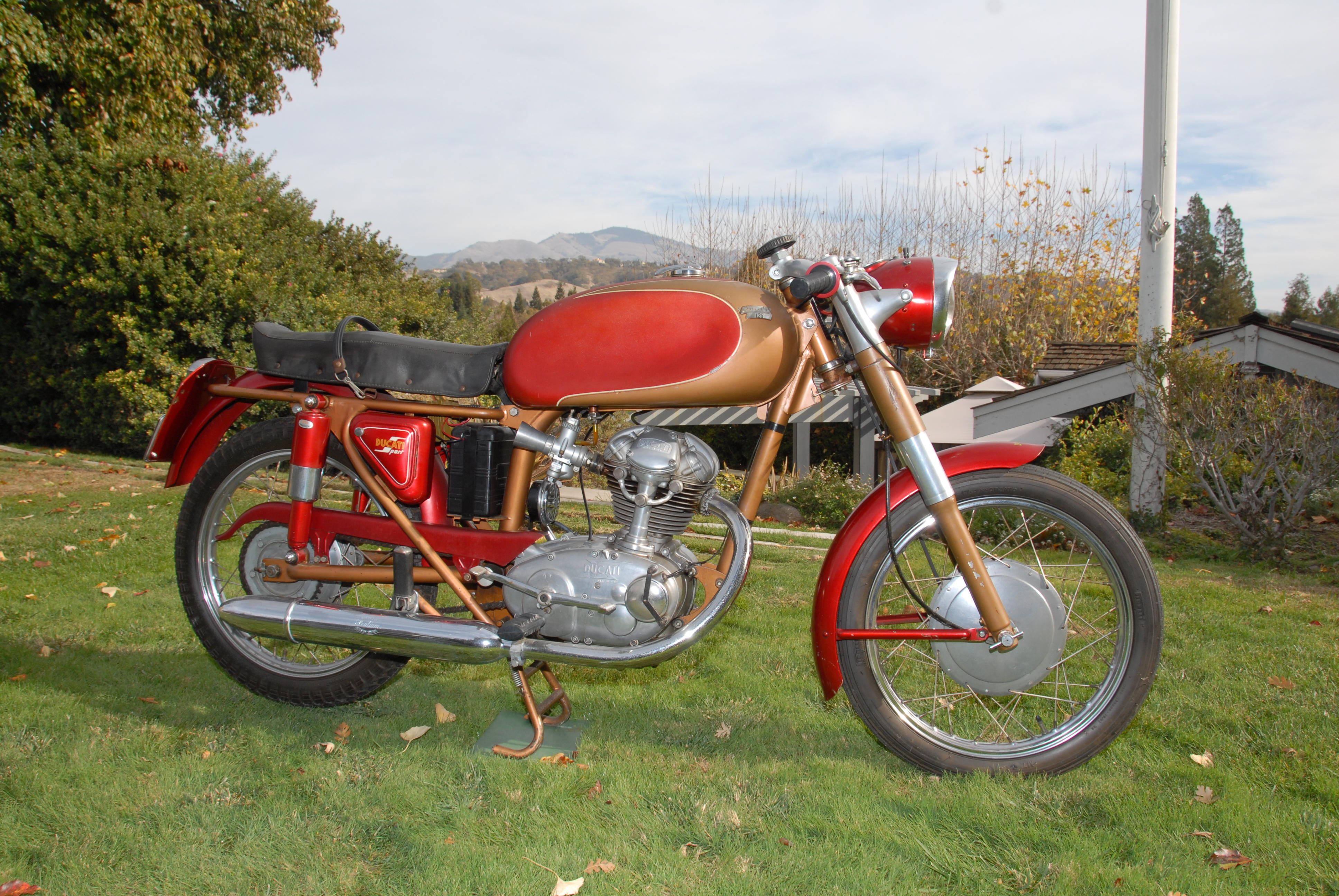 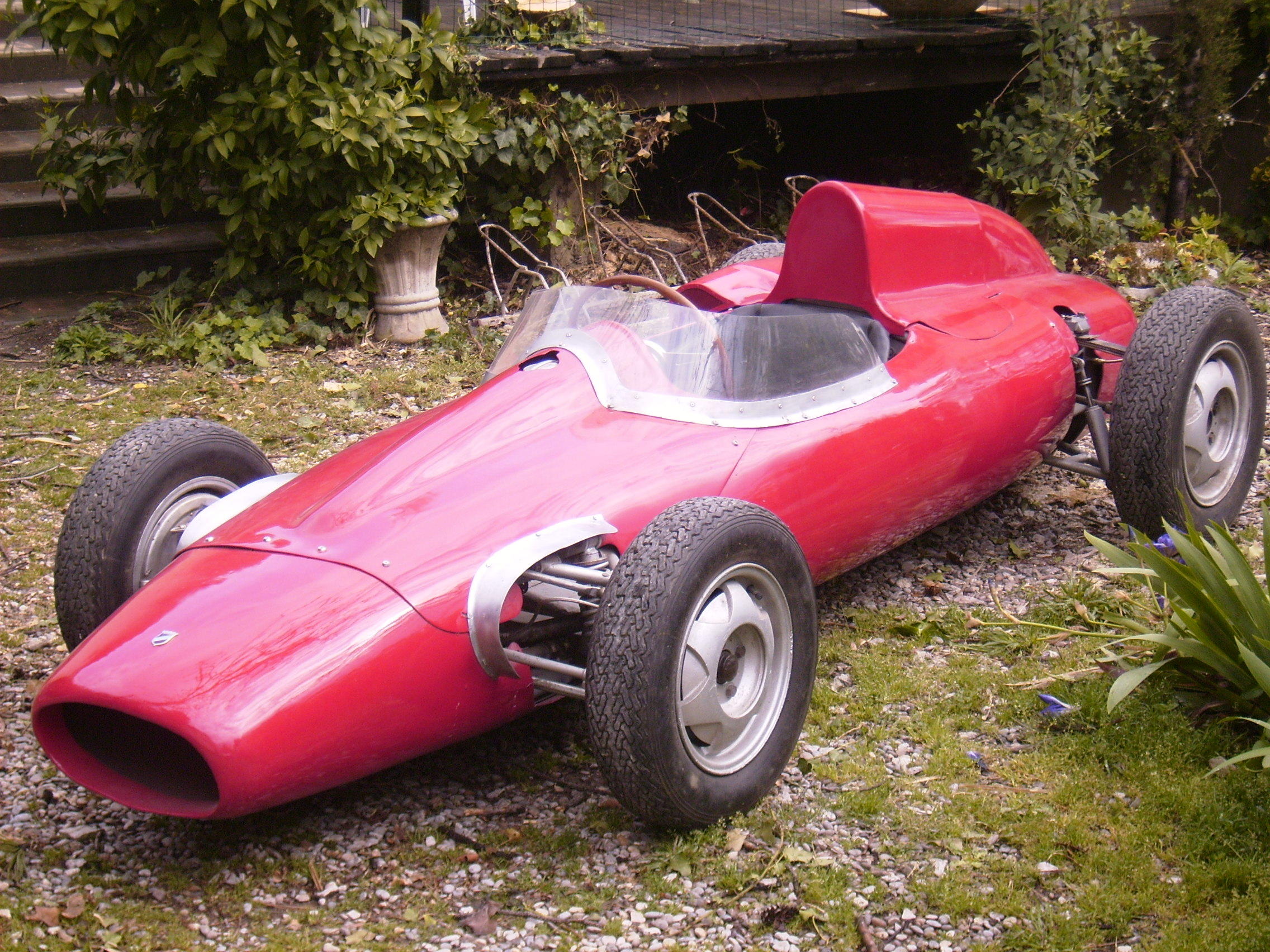 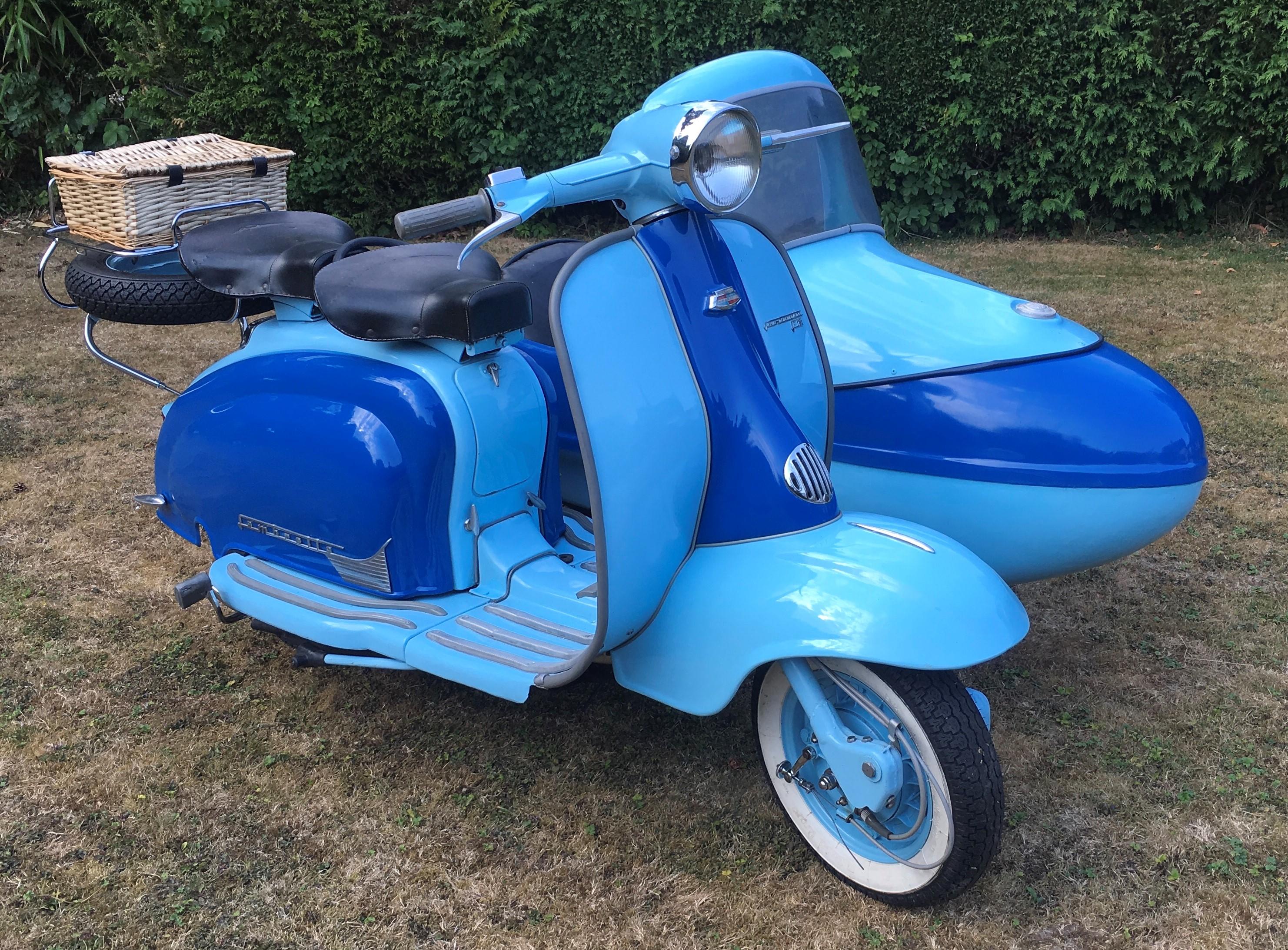 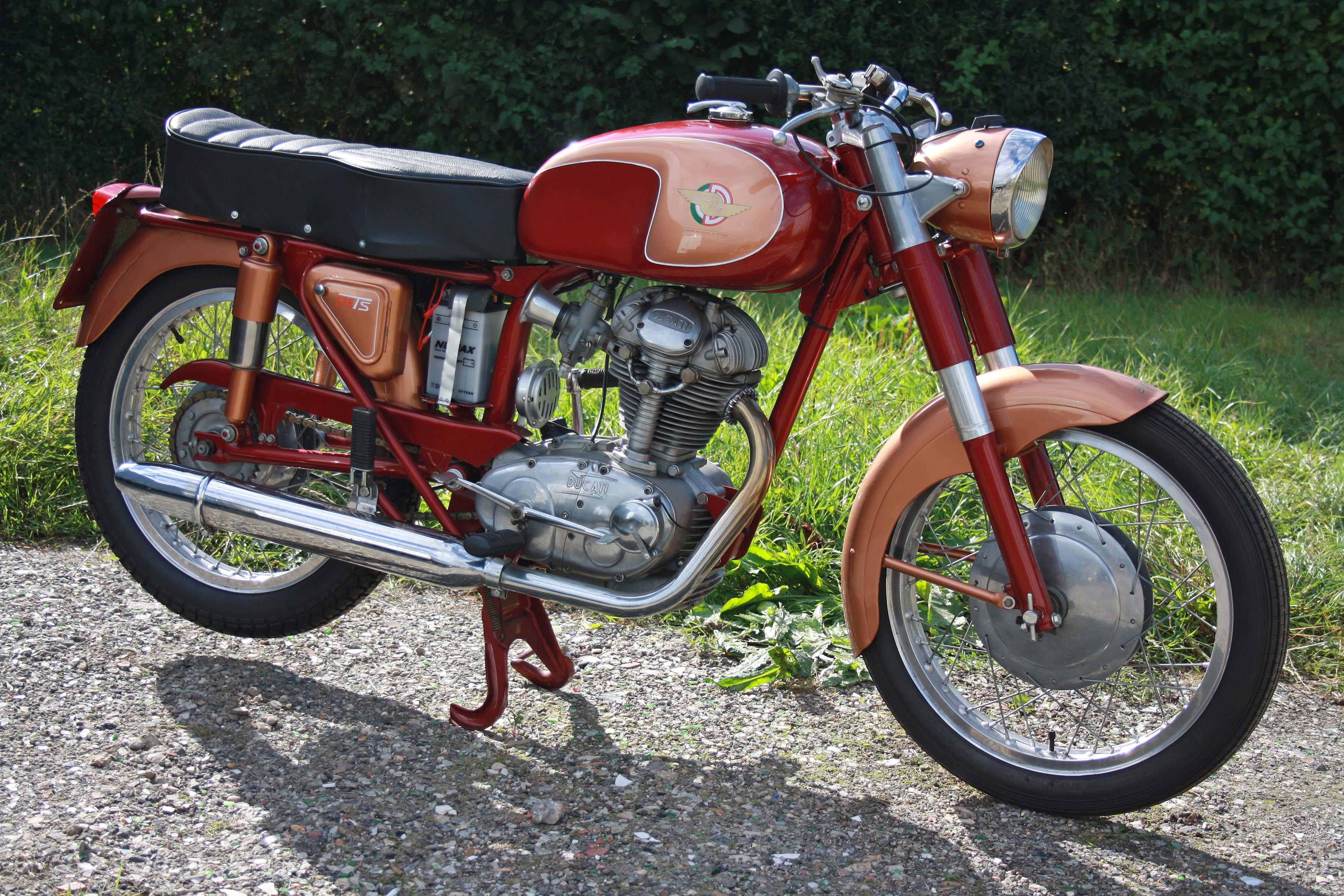 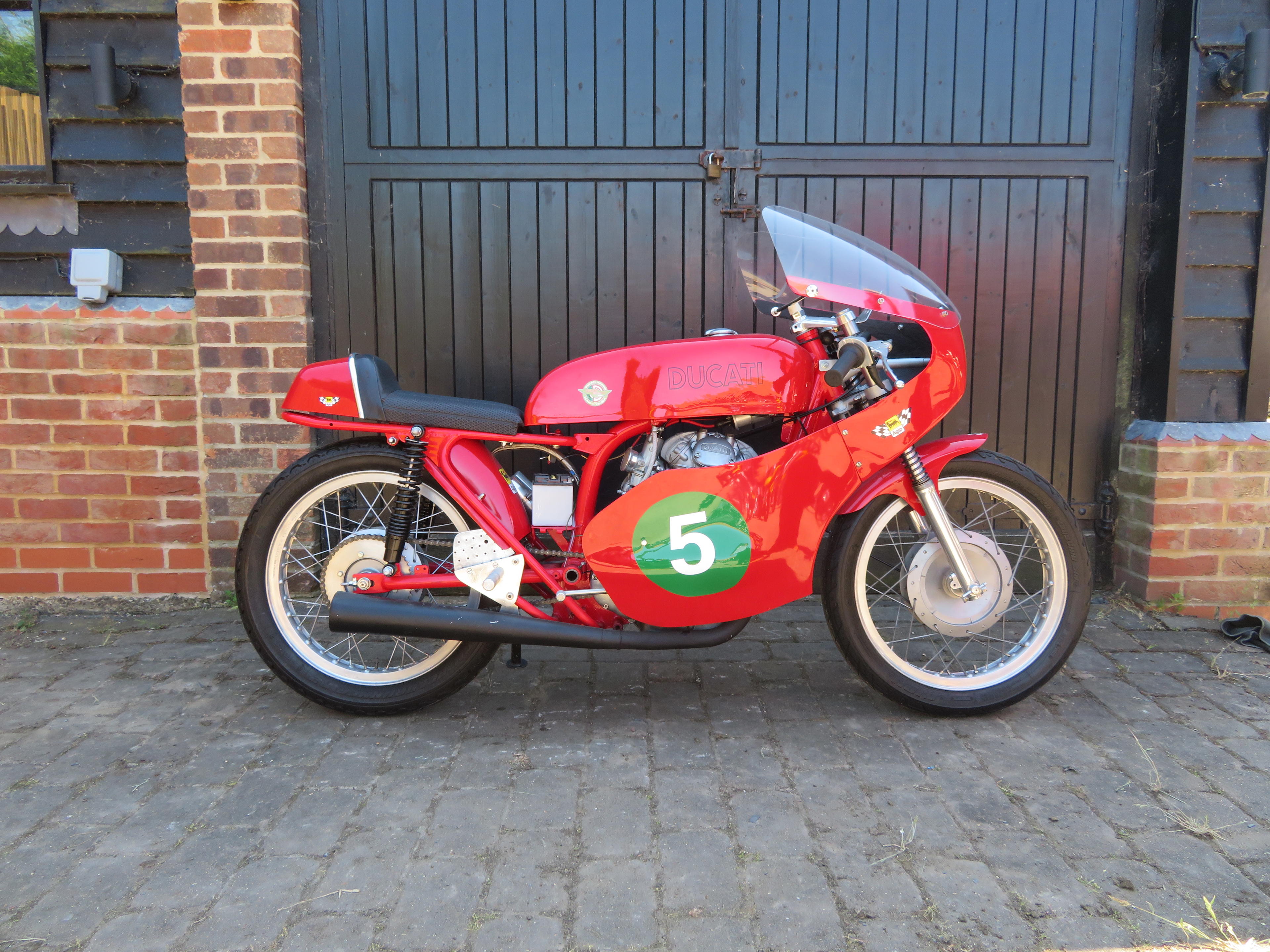 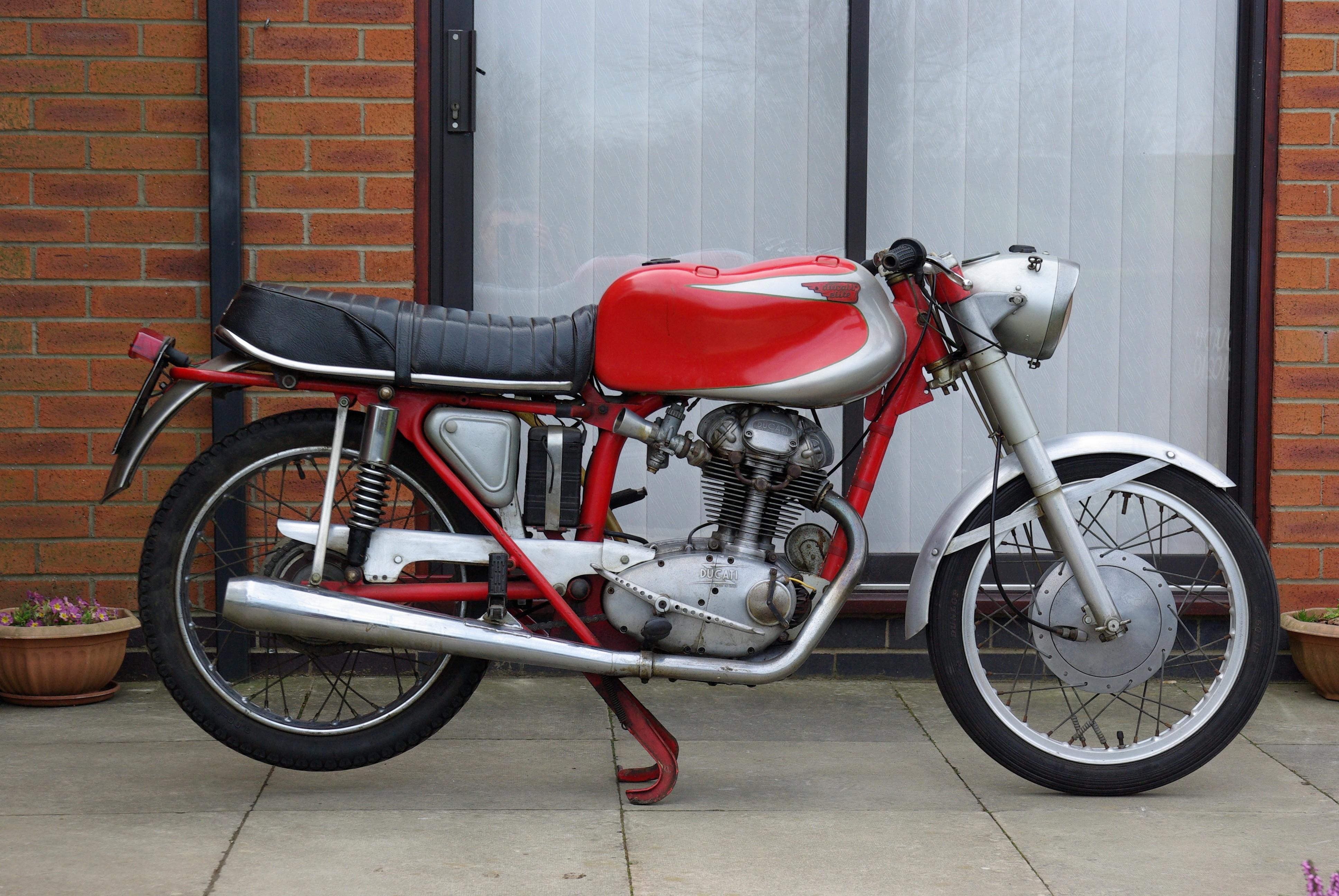 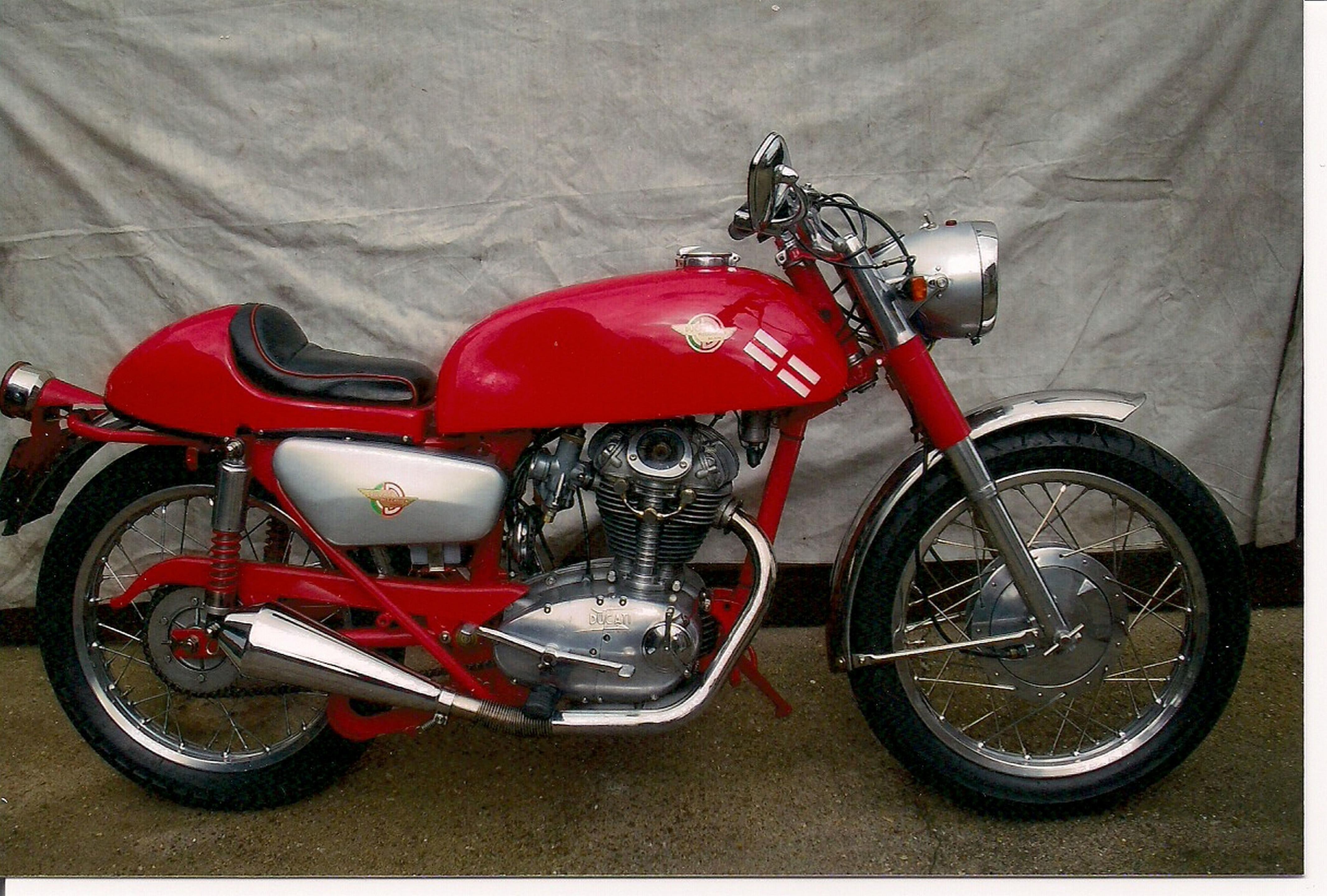 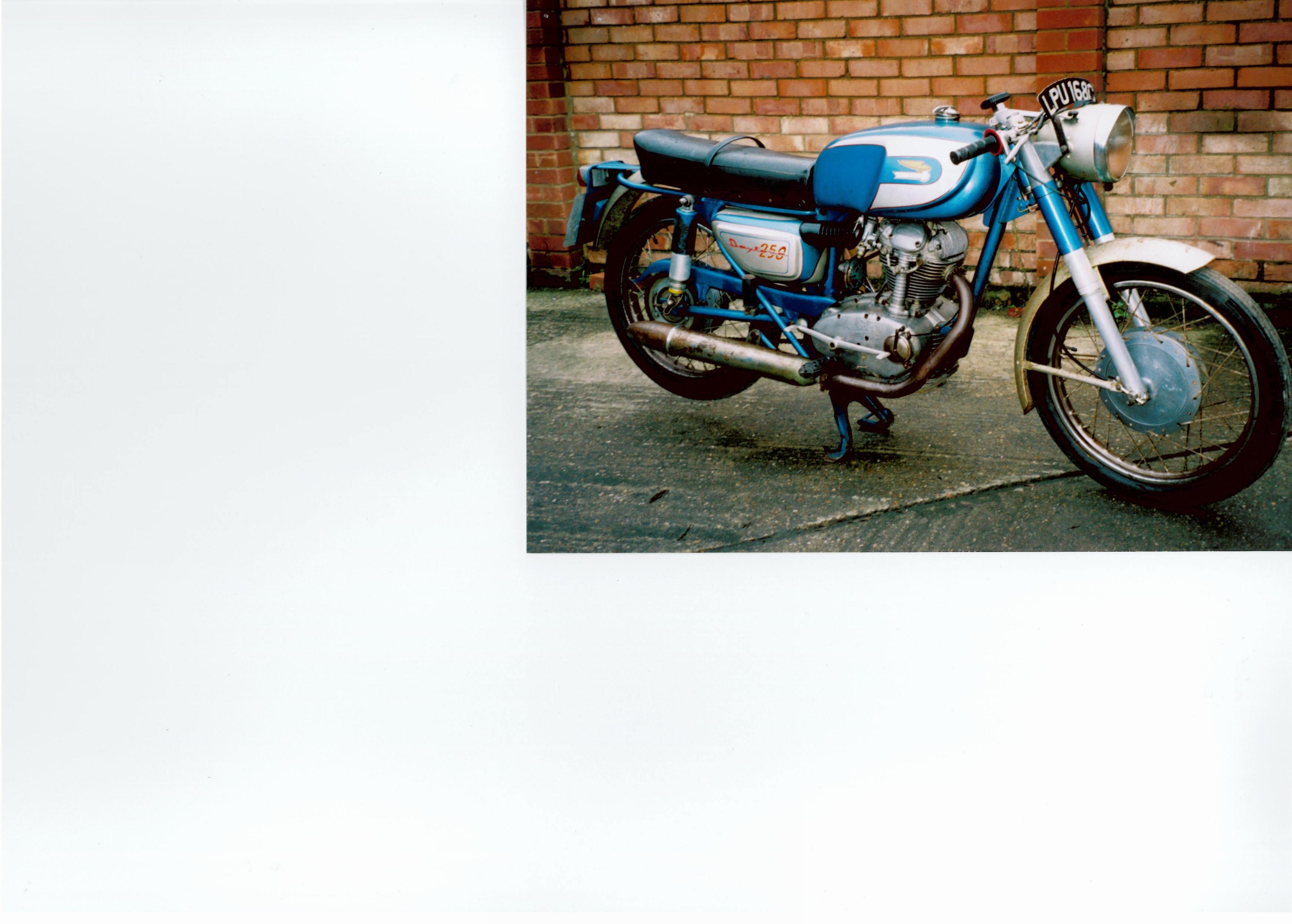 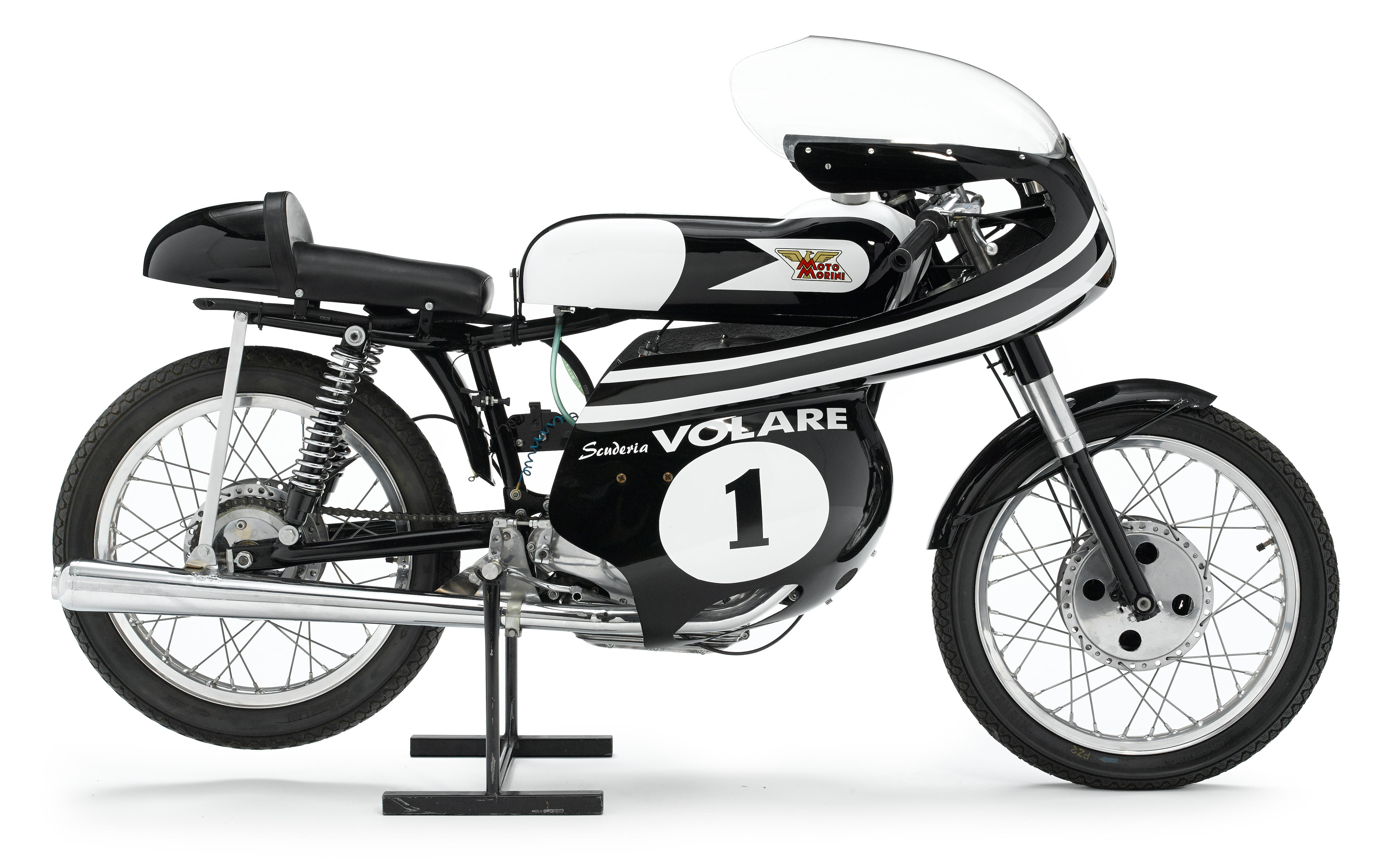