1958 JAGUAR XK 150 ROADSTER Chassis No. 830334 Engine No. R4004-9 Carmen red with black leather interior Engine: six cylinder, double overhead camshaft, 3,781cc, c.250bhp at 5,600rpm; Gearbox: four speed manual; Suspension: front, independent, rear, live axle with semi-elliptic leaf springs; Brakes; servo assisted four wheel disc. Left hand drive. The XK series (with the 150 as the final evolution) came about almost by accident. The 120 was only to have been a limited production run of 200 cars to publicize the new XK engine, designed for saloons. After the 1948 launch, however, the response was so strong that bodywork casts were prepared and twelve thousand XK 120s were subsequently sold. The XK 140 followed in 1954 and the 150 in 1957. The 150 had various styling developments over the 140 including a wrap-around windscreen and a new 'hip line'. A slightly wider body and slimmer doors provided considerably more interior room, but most importantly, the 150 had Dunlop disc brakes which hugely improved stopping ability. This 3.4 litre roadster was raced quite actively in the 1960s by its second owner, Tony Clarkson. In search of more performance, he had the well-known engine builder and mechanic, Al Garz, fit a new 3.8 litre engine with triple SU carburetors, special high compression pistons and a light-weight flywheel. The current owner, a former president of the Jaguar Club of Southern New England and a 15-year Jaguar Clubs of North America (JCNA) concours judge, acquired the vehicle in 1979 and undertook a painstaking concours restoration. This concours winning work took over 2,000 hours of his time over a period of almost four years. Not only was this work done for show, but in many instances, the owner upgraded the materials used by Jaguar to far higher standards than new. Every nut and bolt was replaced with an exact duplicate, but in stainless steel. Every part of the car was dis-assembled, cleaned, refinished or replaced with new old stock personally by the owner while he worked in his climate controlled garage. Upgrades included a new windshield made by Royal Doulton, African mahogany floor boards and bronze bushes in the door hinges. Nice detail finishes include correct 60 spoke wire wheels, hubs and rims triple-chrome plated to aircraft quality standards with stainless steel spokes, a rare mahogany Brooklands steering wheel, Lucas tri-bar headlamps and dual Lucas LR-576 driving lights with scarce amber lenses. Naturally the car comes fully equipped with Connolly leather, Wilton carpets, stay fast cloth top, spare wheel, tonneau, jack, grease gun and tool roll and even the original restored steering wheel is available! The engine was fully rebuilt and blueprinted, using 8.0:1 cr pistons for a smoother idle. The Imron paint was painstakingly hand rubbed to an incredible depth of reflection. A comprehensive photographic record details this work and indeed the complete story of this "Labor of Love" restoration appeared in the January 1985 edition of Jags Unlimited and this XK graced the front cover. By the fall of 1984 this car had received three First-in-Class awards in JCNA competition, seven firsts in "other" car competitions, and two Best-in-Shows. This feat was accomplished without a trailer, including drives over 100 miles to the events. In September 1984, after a drive of 70 miles to the Lime Rock Vintage Race Weekend Concours d'Elegance, this Jaguar scored an unprecedented Triple Crown: Best-in-Show by vote of the judges, Best-in-Show by popular vote and Best Exterior by vote of the judges! This was against a field represented by the likes of Aston Martin, Bugatti, Bentley, Corvette, Ferrari, Mercedes-Benz and Shelby Cobra. The year ended with a JCNA National Second Place Championship Trophy in the XK class. At the same event in 1985, once again the Jaguar was judged Best Exterior . Over the next two years the car achieved many further first place trophies and was invited to social and charity events througho 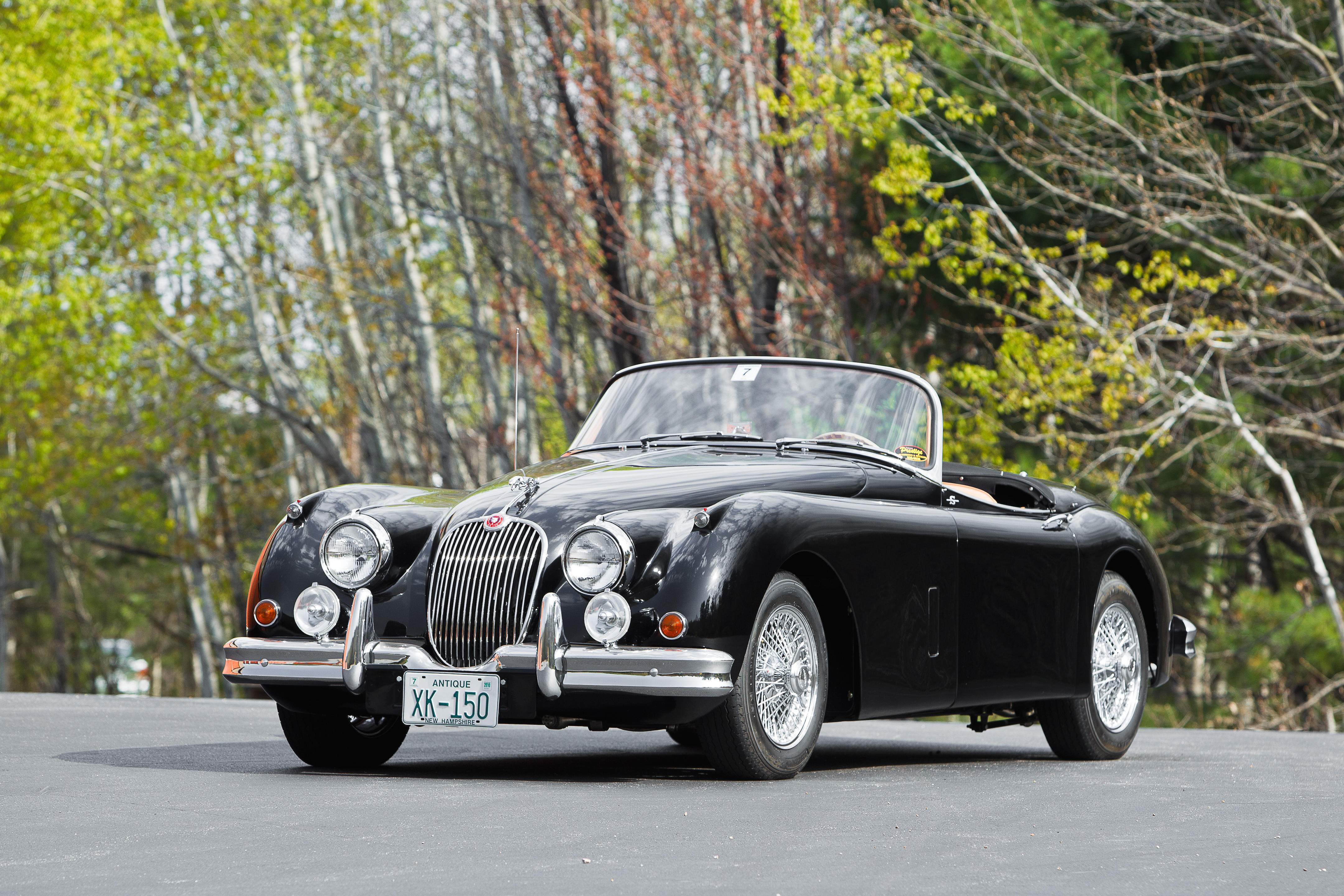 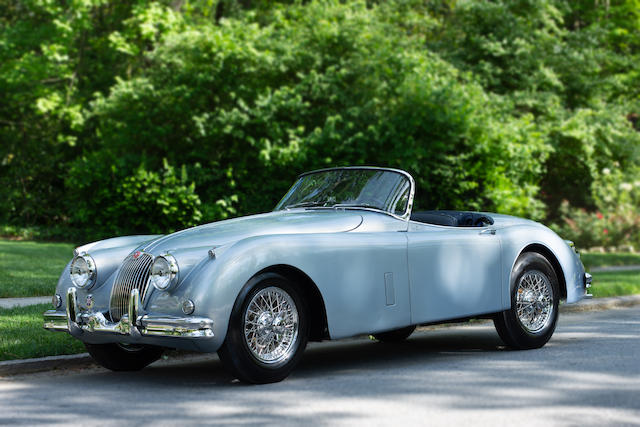 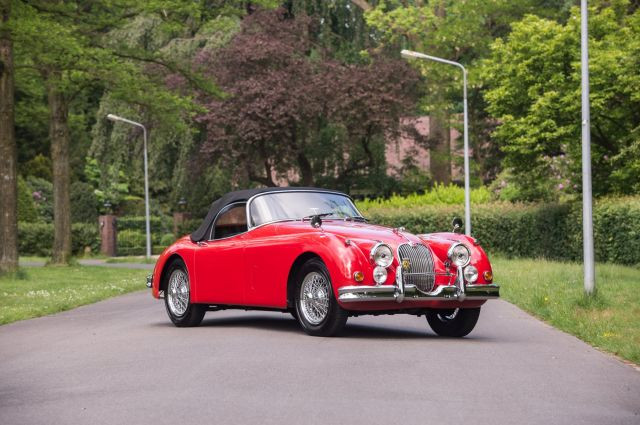 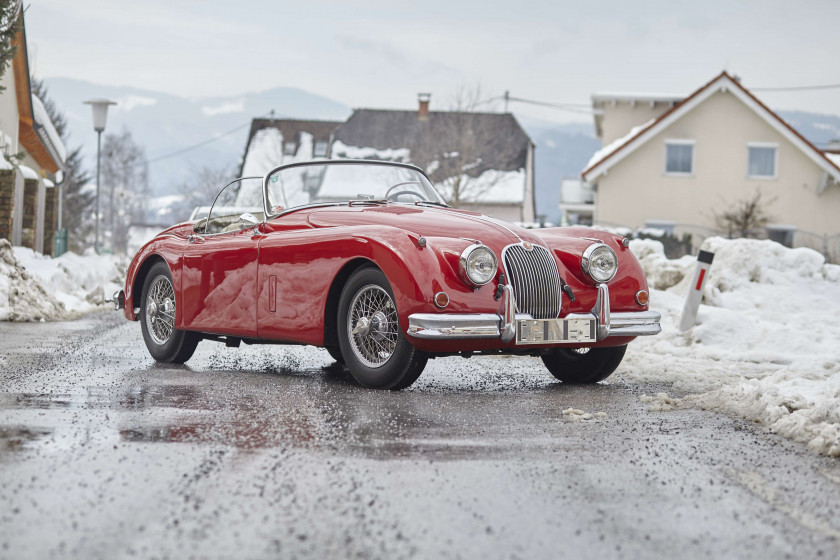 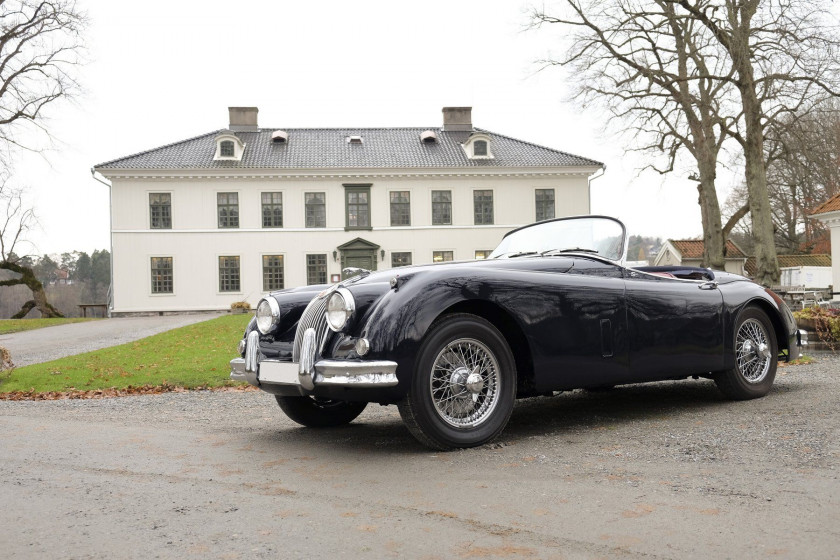 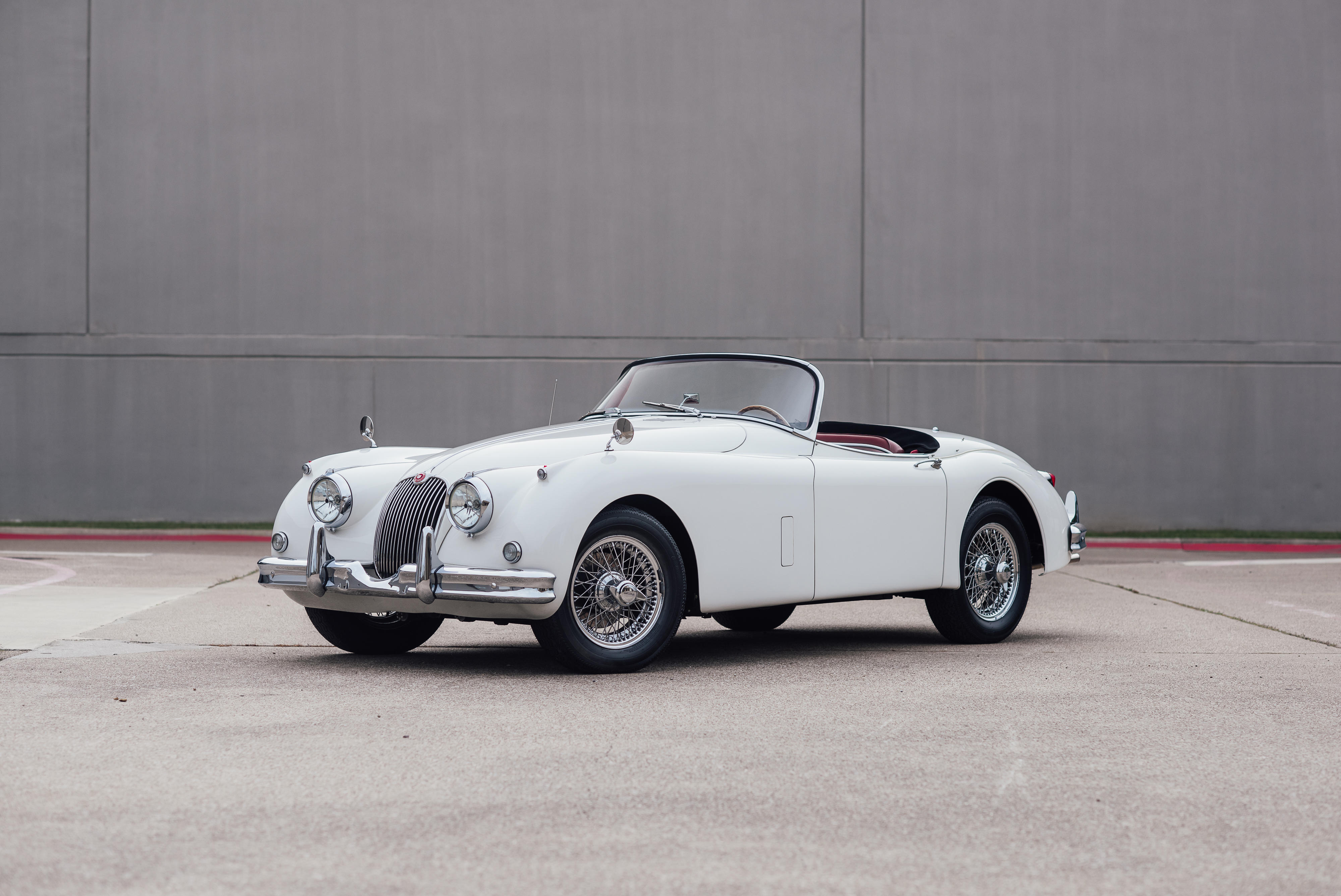 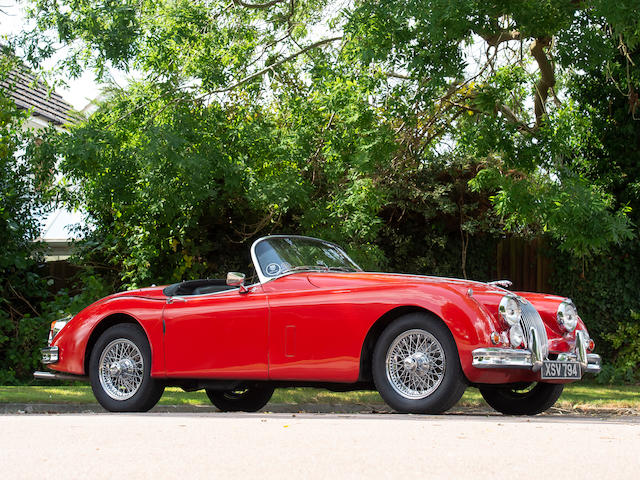