1956 MERCEDES-BENZ 300Sc ROADSTER Chassis No. 6500136 Engine No. 6500149 Strawberry red with tan leather upholstery Engine: six-cylinder in line, single overhead camshaft, 2,996cc, 175bhp at 5,400rpm; Gearbox: four-speed manual all synchromesh gearbox; Suspension: front, independent with coil springs; rear, single pivot swing axle with coil springs; Brakes: four wheel hydraulic drum brakes with servo assistance. Left hand drive. The 3 liter, six cylinder 300S model Mercedes-Benz was first exhibited in October 1951 at the Paris Salon and production began in 1952. It was designed for the discriminating sports car enthusiast, and was to follow on the pre-war concept of the famous 500K and 540K Series cars which matched elegance with power. These new Singelfingen coachbuilt cars set a new standard of excellence that has to this day rarely been equalled, and has provided a performance far superior to their pre-war counterparts. For example, the supercharged 540K models were developing about 180bhp and weighed nearly 6,000 pounds, the 300Sc has almost similiar power and weighs only 4,000 pounds, and with more responsive suspension and better tires was much faster. In fact, the famous pre-war Mercedes Grand Prix driver Karl Kling drove around Nurburgring faster in one of these cars than any other previous road production Mercedes-Benz. Three body styles were available; Coupe, Convertible Coupe and Roadster, and each body was hand finished to an exacting standard. The interior design and fittings were comparable to any Rolls-Royce and were of the finest materials. The large well-padded front seats are trimmed in top grade leather and luxury pile carpet is used throughout. The four-speed gearbox was available with either column or floor mounted gearchange; this 300Sc is column mounted. The spacious rear trunk had a full set of fitted personal luggage in matching interior leather trim. The 300 Series 3 liter six-cylinder engine in its final S.C. configuration had Bosch direct fuel injection which provided true sports car performance with a top speed well exceeding 110mph. The basis of this engine was used by the immortal 300SL Gullwing and roadsters which, both in motor sport and sales, re-established Daimler Benz as one of the world's leading quality car manufacturers. This particular roadster was one of a mere fifty-three ever made. The Sc model, being introduced in 1955, had a very brief production run. These cars were hand built and when new showed the highest amount of quality and attention to detail. Gary Gallup purchased this very rare roadster in July 1980. It is described as a good driving example and the overall condition is indicative of an older restoration. The wood work is in fair condition and the chrome, although presentable, is slightly mottled inside the car. The bumpers are also presentable however they have a few areas of poor chromework. Equipment with the car includes the Becker radio (working), tinted sunvisors, beige top boot and top (with one small tear), spare wheel and jack, new correct wheels and European specification headlamps. Since joining the collection, this handsome and desirable Sc roadster has been used sparingly and driven perhaps less than 1,000 miles in the past seventeen years. The 300Sc Roadster is widely regarded by collectors as the most desirable of all the post-war luxury cars produced by Mercedes-Benz. 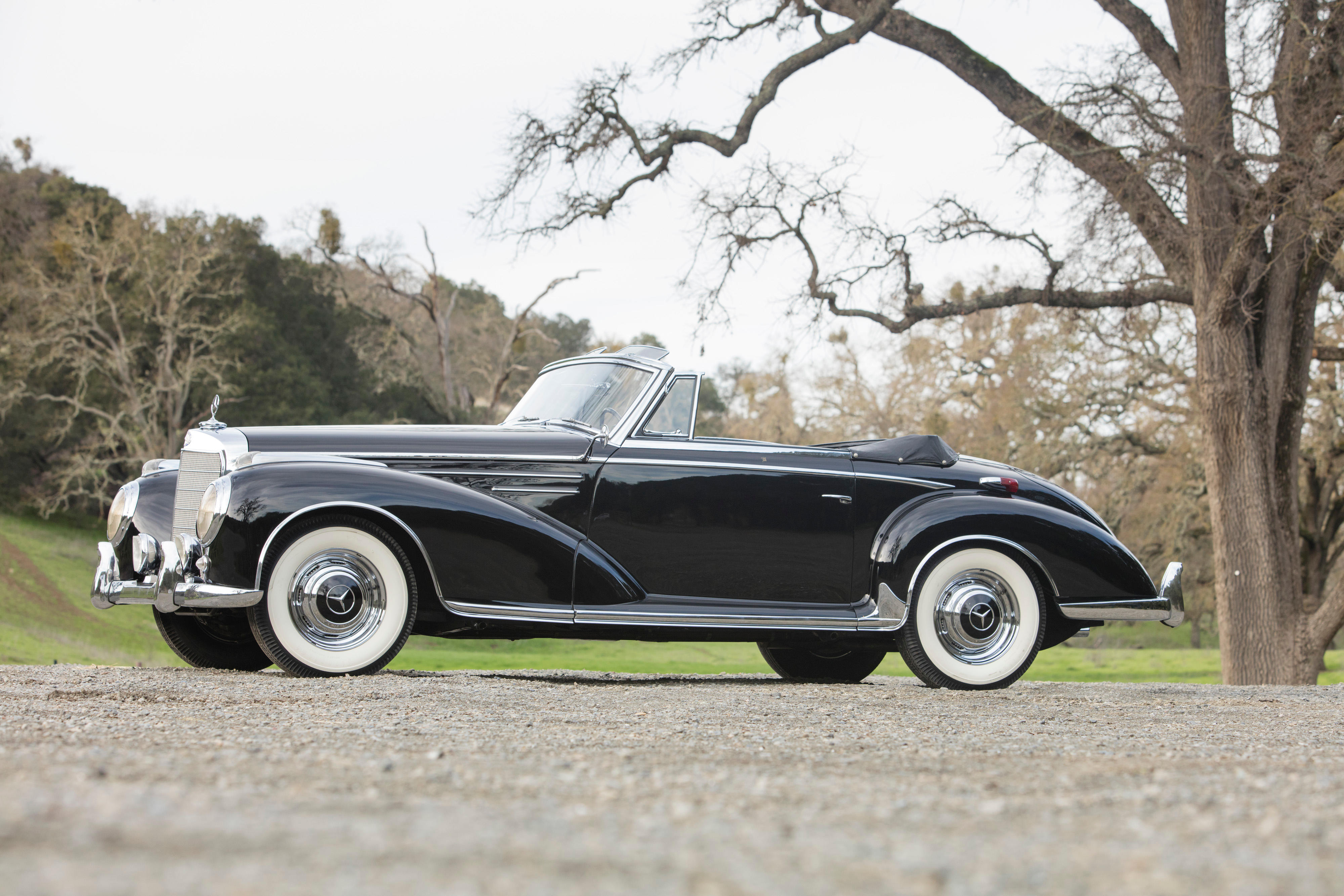 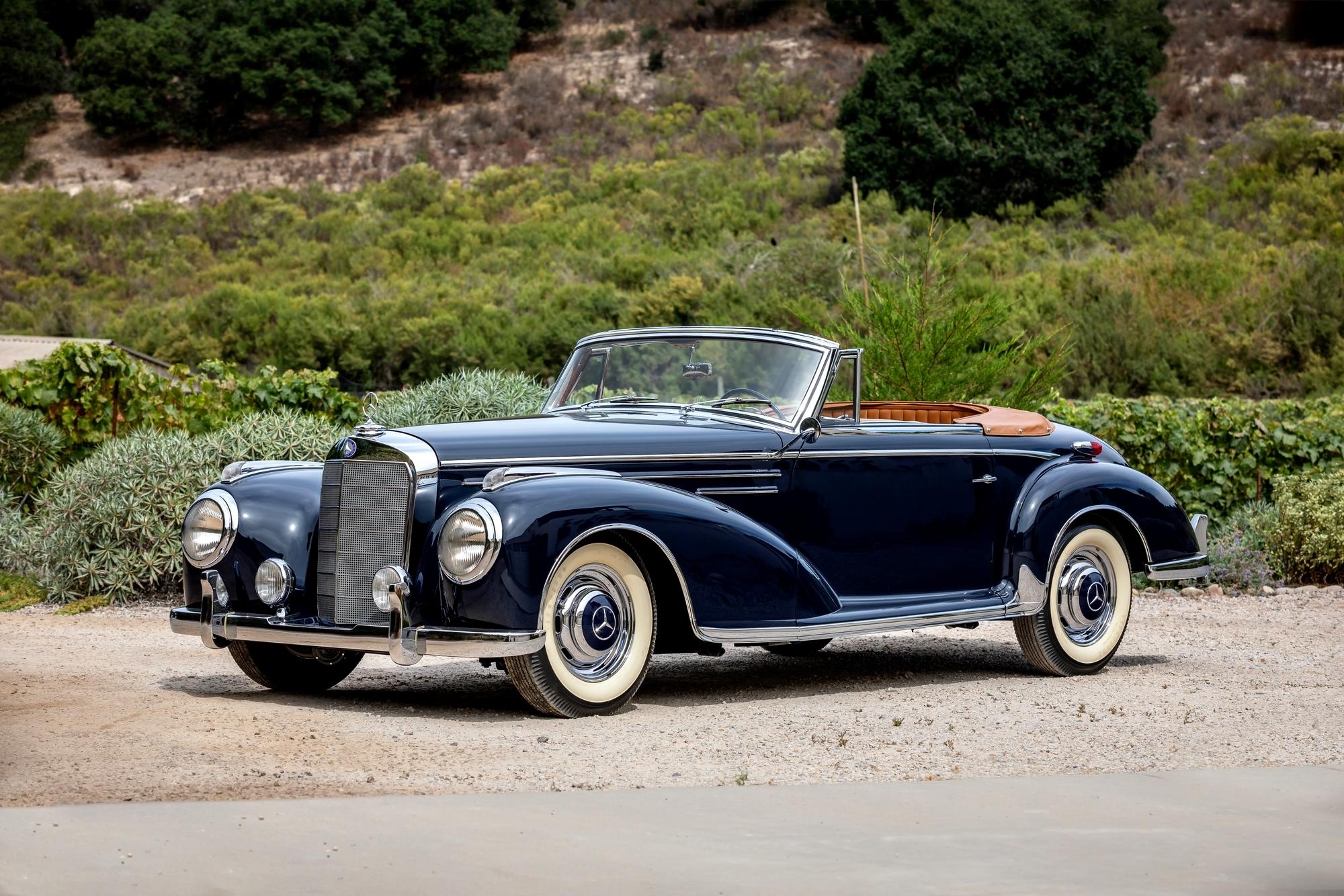