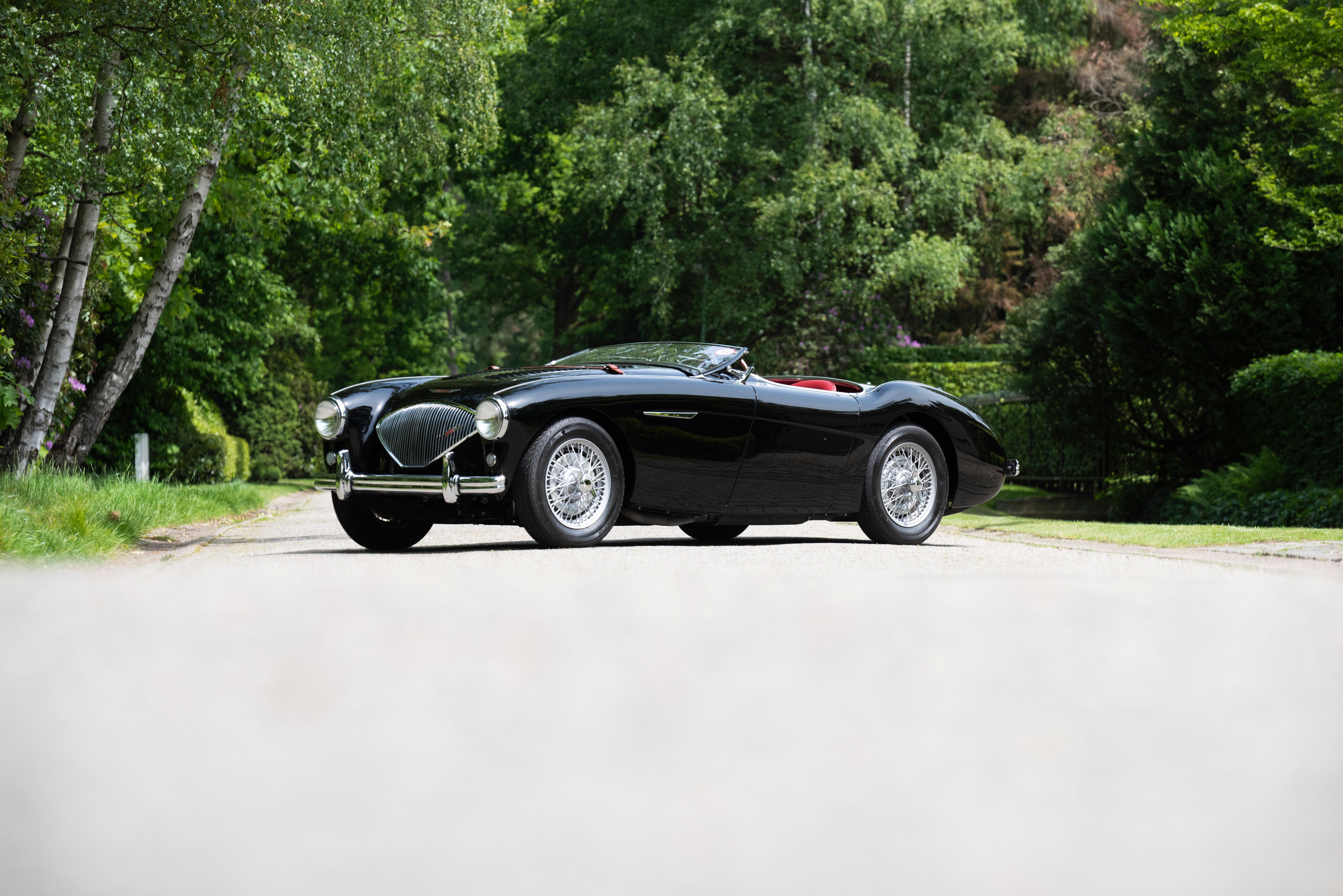 Concours condition 1956 Austin-Healey 100/4 BN2 Chassis no. BN2/L/228821 Engine no. 1B228821M * Sought-after BN2 model with 4-speed gearbox and overdrive * Original left-hand drive example with desirable 100M 'Le Mans' upgrades * Fully restored at no expense spared to concours condition by marque specialist Bart van Tiggelen * Stunning example boasting original colour scheme from new * Concours d'élégance participant * Mille Miglia eligble Fußnoten Following the Austin-Healey 100's sensational debut at the 1952 Motor Show, the works had entered two mildly modified cars in the 1953 Le Mans 24-Hour Race, which finishing in 12th and 14th places, a highly praiseworthy achievement for what were recognisably production sports cars. Accordingly, the name 'Le Mans' was chosen for a bolt-on tuning kit offered through Austin-Healey dealers, by means of which private owners could bring their cars up to a specification approaching that of the works entries. The kit included a pair of 1¾" SU HD6 carburettors plus special inlet manifold and cold air box, high-lift camshaft, stronger valve springs and distributor with alternative ignition advance curve. With the kit installed power increased from the standard 90 to 100bhp. From October 1955 the conversion was available factory-fitted on the successor BN2 model in the form of the 100M. In addition to the Le Mans kit, the latter boasted high-compression pistons, stiffer front anti-roll bar, special Armstrong front dampers, and a louvred bonnet. Power increased to 110bhp and top speed, with windscreen folded flat, to within a whisker of 120mph. The number of BN1s converted by their owners is unknown, but 1,159 cars, mostly BN2s, were built or subsequently modified to 100M specification between 1955 and 1956. Of these, approximately 640 were completed at the factory, some 544 of which were exported to the USA. It is estimated that around 200 survive. Fitted with the desirable performance-enhancing 'Le Mans' kit, the extremely impressive and beautiful Austin-Healey 100/4 BN2 offered here has been superbly restored by Holland's top Healey 100 specialist, Bart van Tiggelen. The original four-cylinder '100' is said to be one of the most enjoyable Healeys to drive, and this example incorporates the desirable 100M 'Le Mans'upgrades. Boasting superb shut lines to the doors, bonnet and boot, the straight and solid body received a high quality re-spray in the original colour during the restoration. The interior is in generally excellent condition, the seats and carpets being like new, while the instruments have been rebuilt and all are in working order. The original switches and controls are present and all function correctly. The engine bay is very well presented and the brightwork is excellent throughout. The Austin-Healey 100 is a highly versatile sports car equally suitable for pleasurable touring or the occasional gentle motor sports event. Indeed, this Healey can be easily transformed from a tourer into a racer by folding down the windscreen to increase the top speed. It is a relative simple car to drive and handles extremely well, but if the accelerator pedal is floored, turns into a veritable 'wolf in sheep's clothing'. The easy-to-fit soft-top can be erected quickly whenever it starts to rain, while the relative large boot makes the car ideal for weekend tours. Add to the mix sublime looks - particularly with the screen folded flat - and you have one of the most beautiful and desirable of classic British sports cars. Equipped with the 'Le Mans' kit, it has ample power and torque, and can cruise comfortably at a speed of 120-140km/h with the overdrive engaged. When the ignition key is turned, the engine starts easily and it becomes clear immediately that it is a very strong performer. The low weight and strong engine are a highly effective combination, while the fantastic exhaust note makes every drive even more enjoyable. Oil pressure is spot-on, and the rebuilt gearbox shifts very well with goo 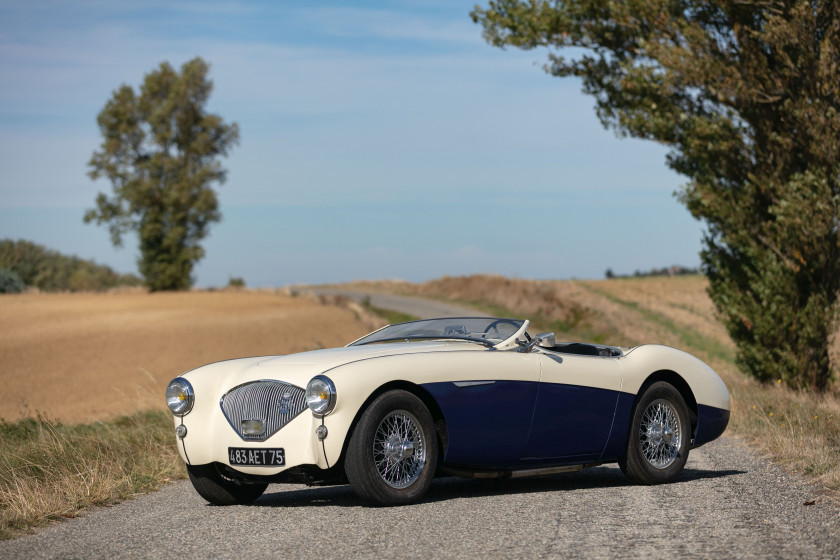 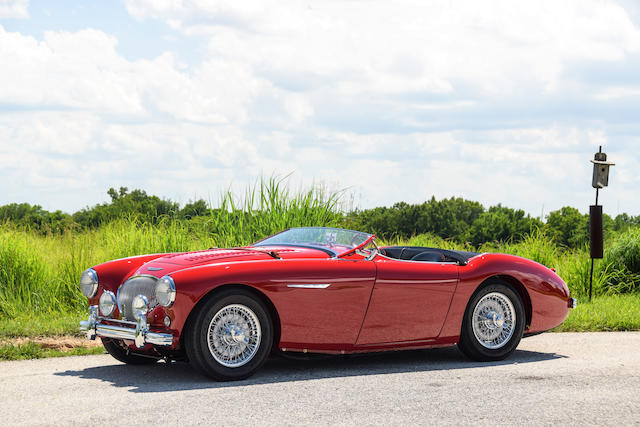 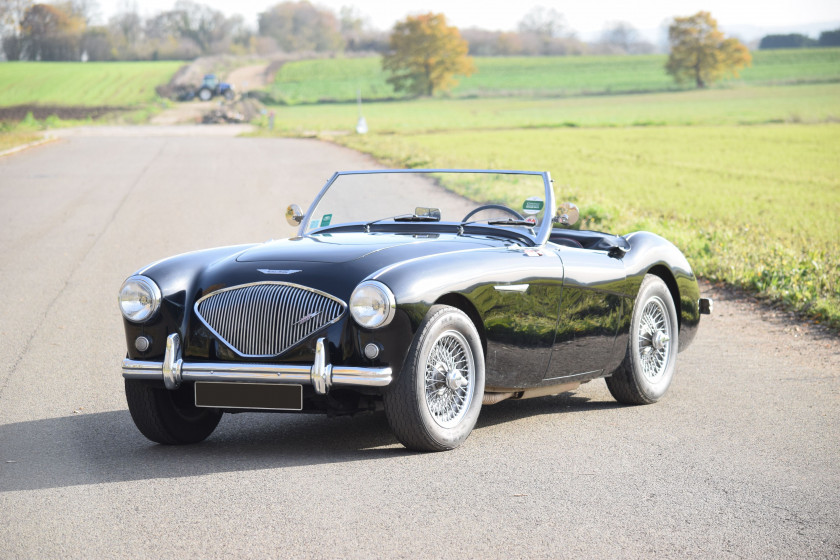 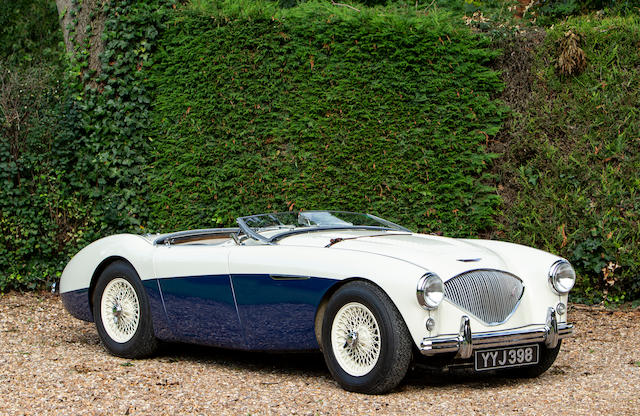 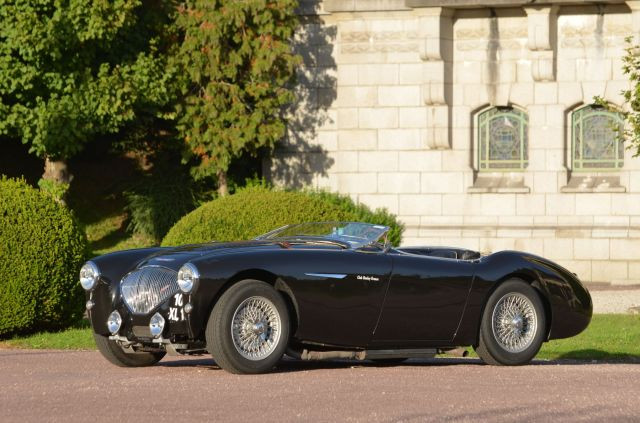 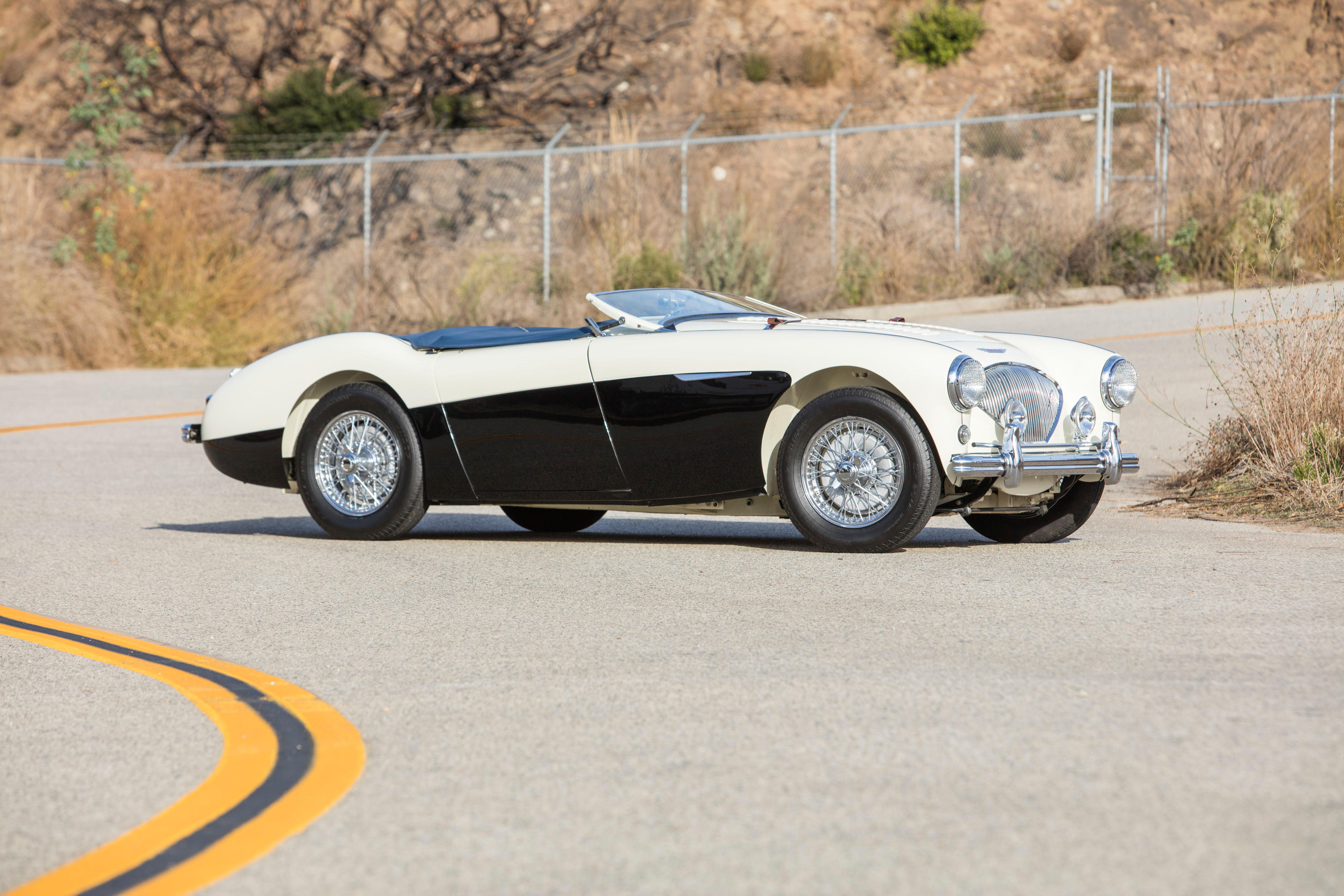 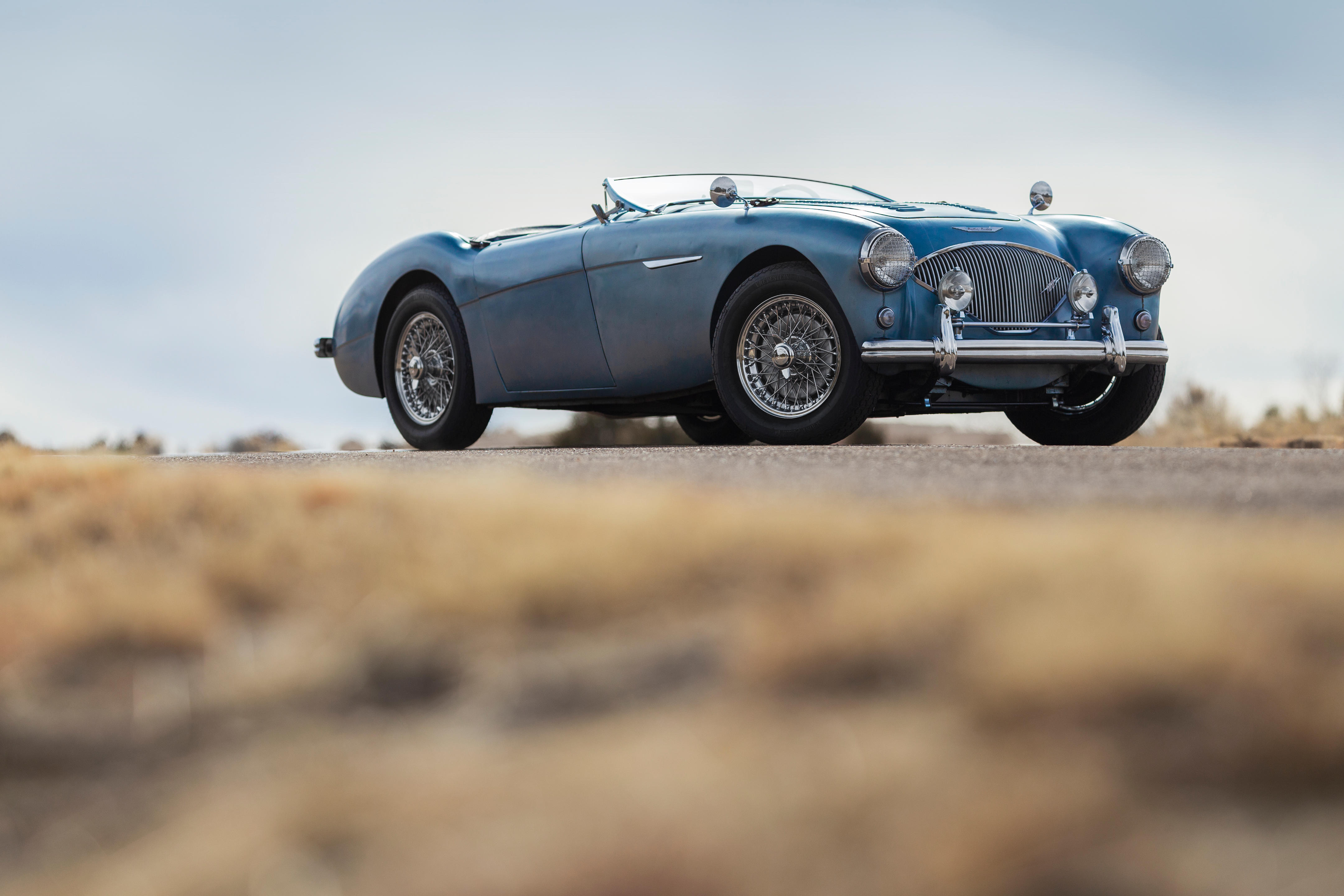