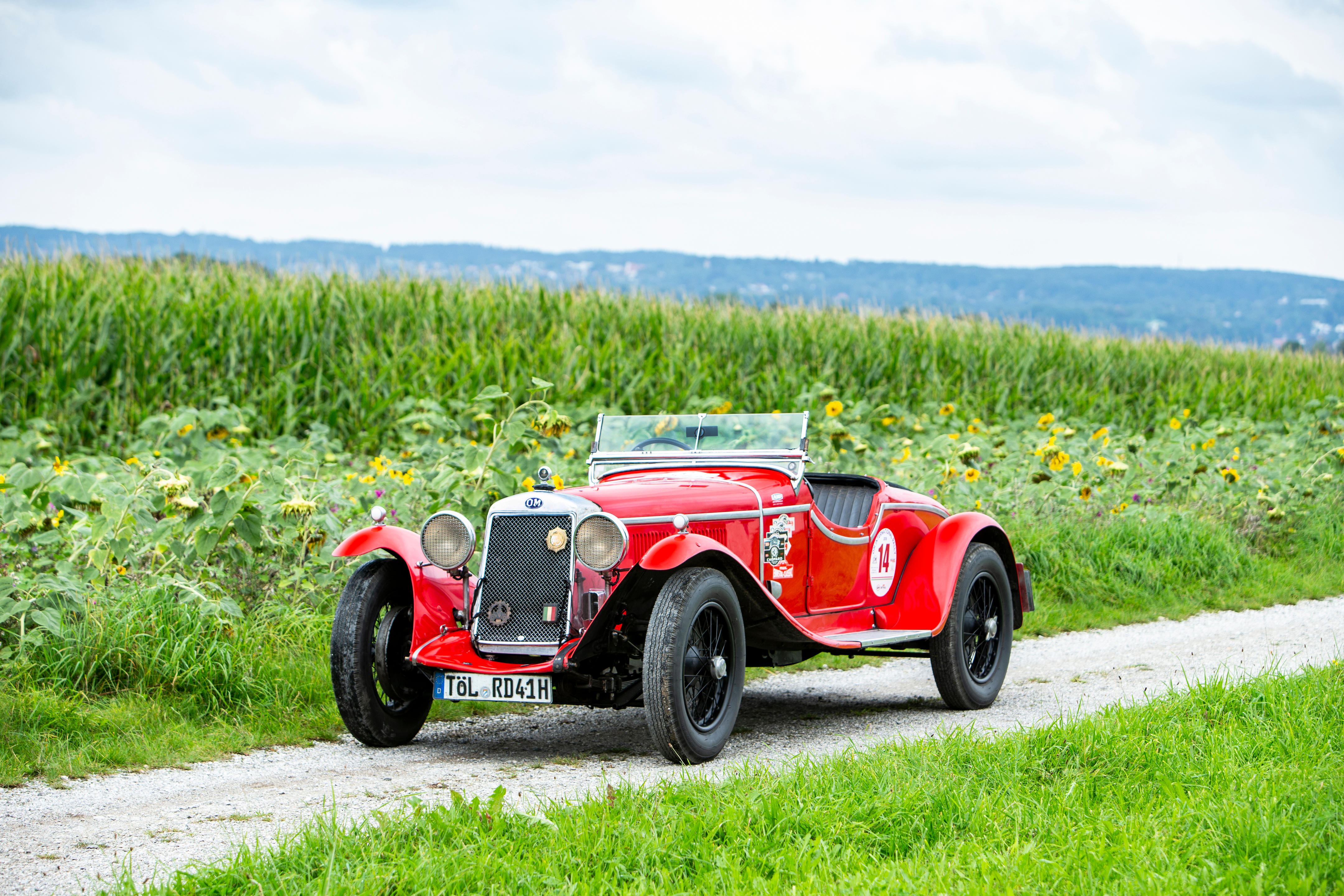 The Ex-Piero Dusio 1930 Mille Miglia entry 1930 O.M. Type 665 Superba Supercharged Roadster Coachwork by Zagato Chassis no. 6651053 • Rare Vintage-era Italian sports car • Period Mille Miglia history • Known ownership history • Engine fully rebuilt in 2018/2019 • Multiple Mille Miglia rerun participant Fußnoten From 1933, when they became part of FIAT, O.M. produced commercial vehicles, but in the 1920s and early 1930s O.M. sports cars competed with outstanding success against the more illustrious Bugatti and Alfa Romeo marques in the major continental long distance events. The O.M. (Officine Meccaniche - Mechanical Workshops) company came into being in 1899 as a result of the merger of Miani, Silvestri & Co with Grondona, Comi & Co, both firms being active in the production of railway locomotives and rolling stock. O.M.'s involvement with car manufacturing began in 1917 when it bought the Roberto Züst factory in Brescia and the first O.M. car, closely resembling a Züst, appeared in 1918. Designed by the Austrian-born engineer Lucien Barratouch and introduced in 1920, the first model of wholly O.M. design - the Type 465 - was powered by a four-cylinder 1,325cc sidevalve engine. This was followed by two more four-cylinder models, the Types 467 and 469 (O.M. type nomenclature being the number of cylinders followed by the bore dimension in millimetres). The firm's most noteworthy competition successes came in the 1927 Mille Miglia, when Ferdinando Minoia and Giuseppi Morandi headed an O.M. '1, 2, 3', and the 1928 race when an O.M. finished in 2nd place overall. That car also won the 2-litre class, in which category O.M.s filled the next seven places! These were six-cylinder Type 665 cars but the earlier four-cylinder models won their share of honours too, with many 1,500cc class wins in the early 1920s. O.M. also took the team prize in the 1928 Coppa delle Alpi. The make was imported into Britain by the concessionaires, L C Rawlence & Co of Sackville Street, London W1, whose development engineer and driver, R E Oats, raced O.M.s to numerous victories at Brooklands. In the mid-1920s O.M. obtained a licence to build the Swiss firm Saurer's diesel engines, a move that facilitated its diversification into commercial vehicle manufacture. The car side of the business had already been sold off when FIAT acquired O.M., which continued as a truck and bus manufacturer until the mid-1970s when FIAT's commercial vehicles division was reconstituted as IVECO. This rare and beautiful O.M. sports car was purchased new on 2nd April 1930 by none other than Piero Dusio, the former soccer star whose sports equipment company Consorzio Industriale Sportiva Italia (Cisitalia) would earn him a fortune during WW2 manufacturing military uniforms. A motor racing enthusiast, Dusio used his fortune to become involved with the sport he loved, building the first Cisitalia competition car in 1946. Dusio's O.M. was registered in Turin as 'TO-19611' with a certificate of origin dated 22nd March 1930 recording it as a 25hp chassis. The car was later bodied by Carrozzeria Zagato of Milan as a two-seater with two jump-seats. Dusio drove this O.M. in the 1930 Mille Miglia together with co-driver Zamaglia; the car's competitor number was '127' and Dusio/Zamaglia finished 25th overall having completed the course in 21 hours, 10 minutes, 26 seconds. On 29th June 1930, Dusio drove his O.M. in the Cuneo-Colle de la Madalena race carrying competitor number '40', finishing 6th in class. On 24th January 1931, Dusio sold the O.M. to Mr Dini Egisto in Turin, who sold it on 12th June 1931 to Mr Febo Vaccari of Valenza; the car was reregistered as 'AL-7390', changed to 'AL-8738' on 21st October 1932. Fast forward to 1942 and we find that the O.M. is now in the UK. Writing in Motor Sport magazine (March 1942 edition, pages 54/55) Captain Lesley Seyd states that the car had been purchased by Mr W W Blackstone from Maidenhead. Mr Blackstone had been competing in the 1933 Alpine Tri 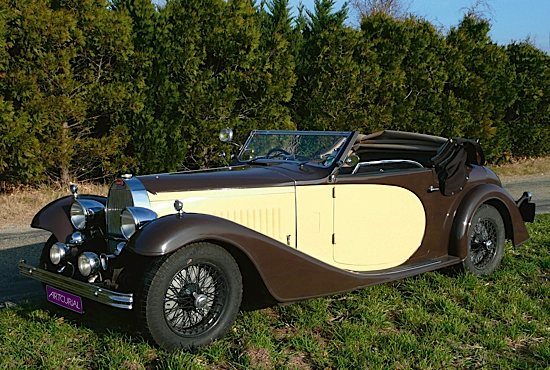 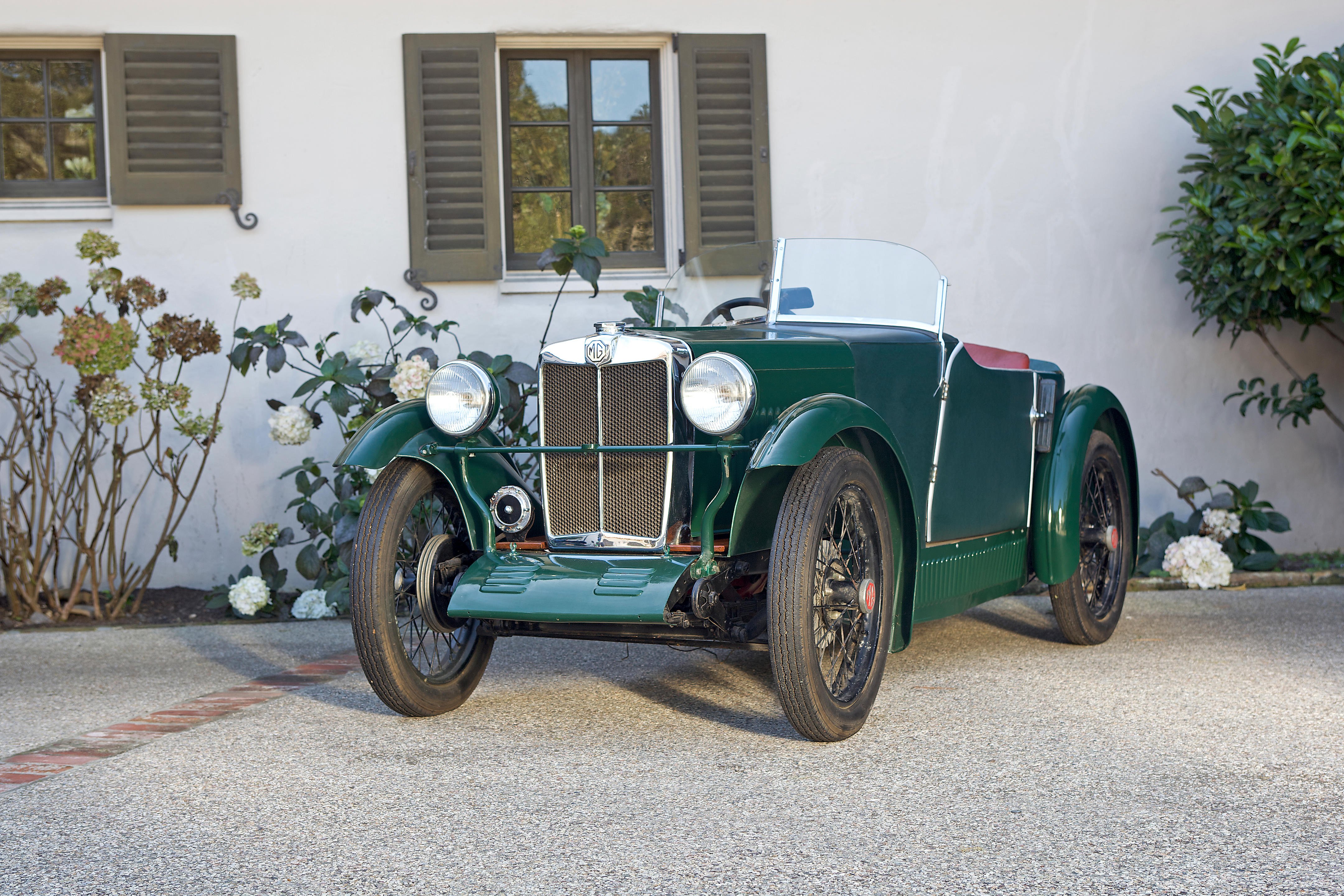 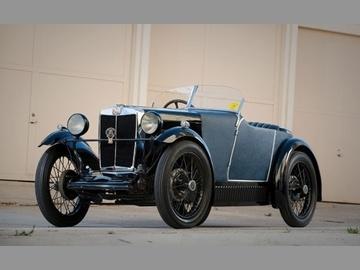 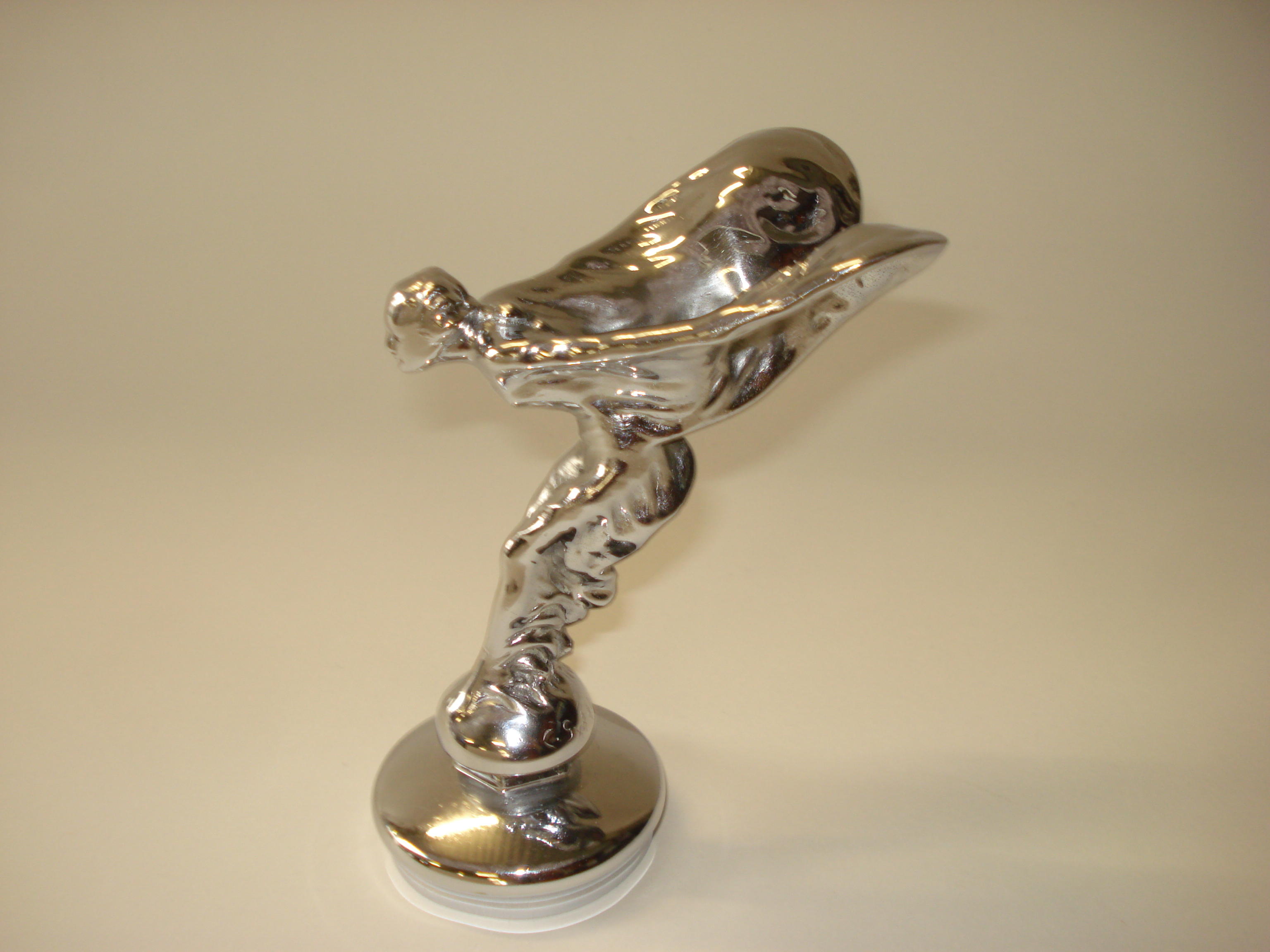 A Rolls-Royce Spirit Of Ecstasy mascot, 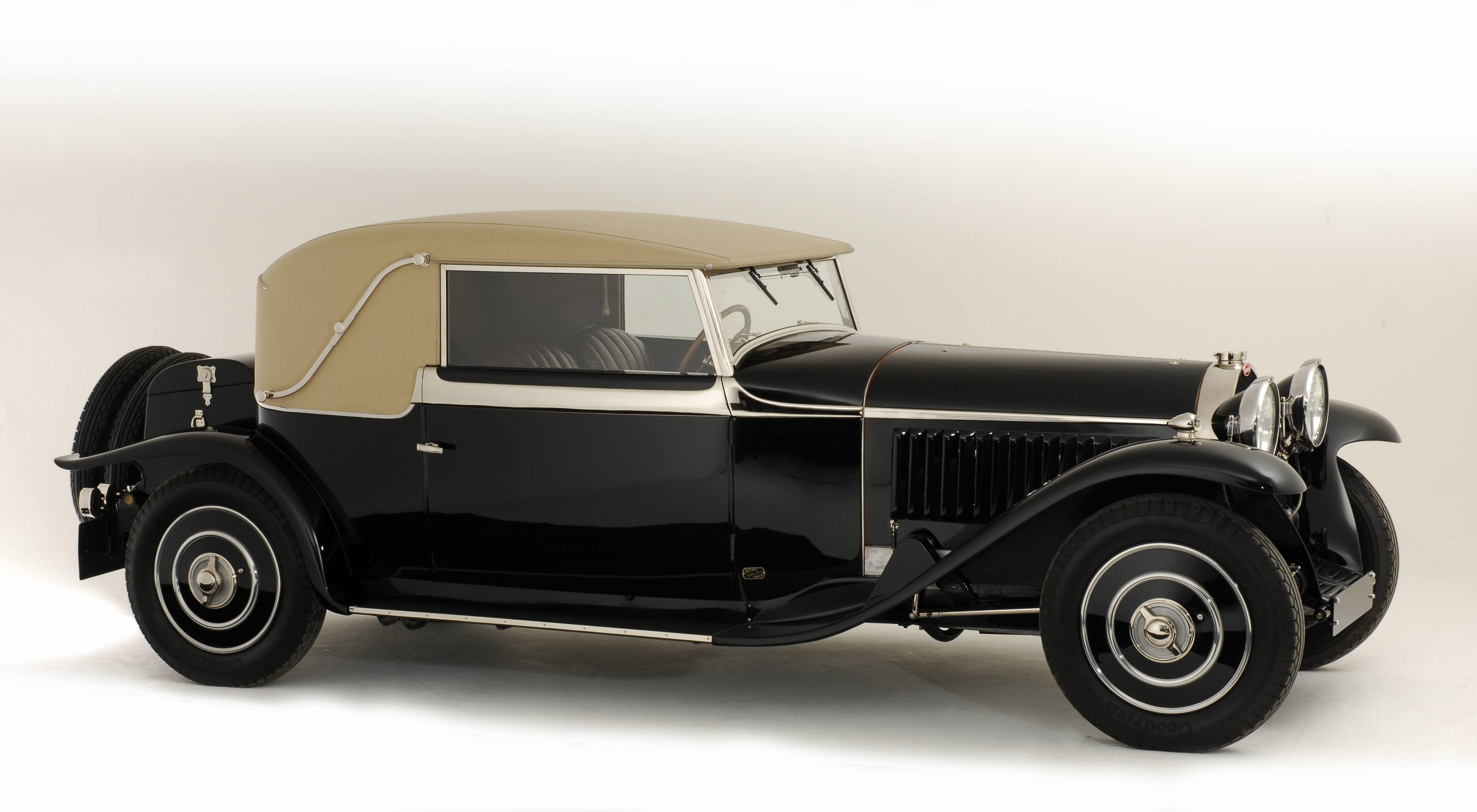 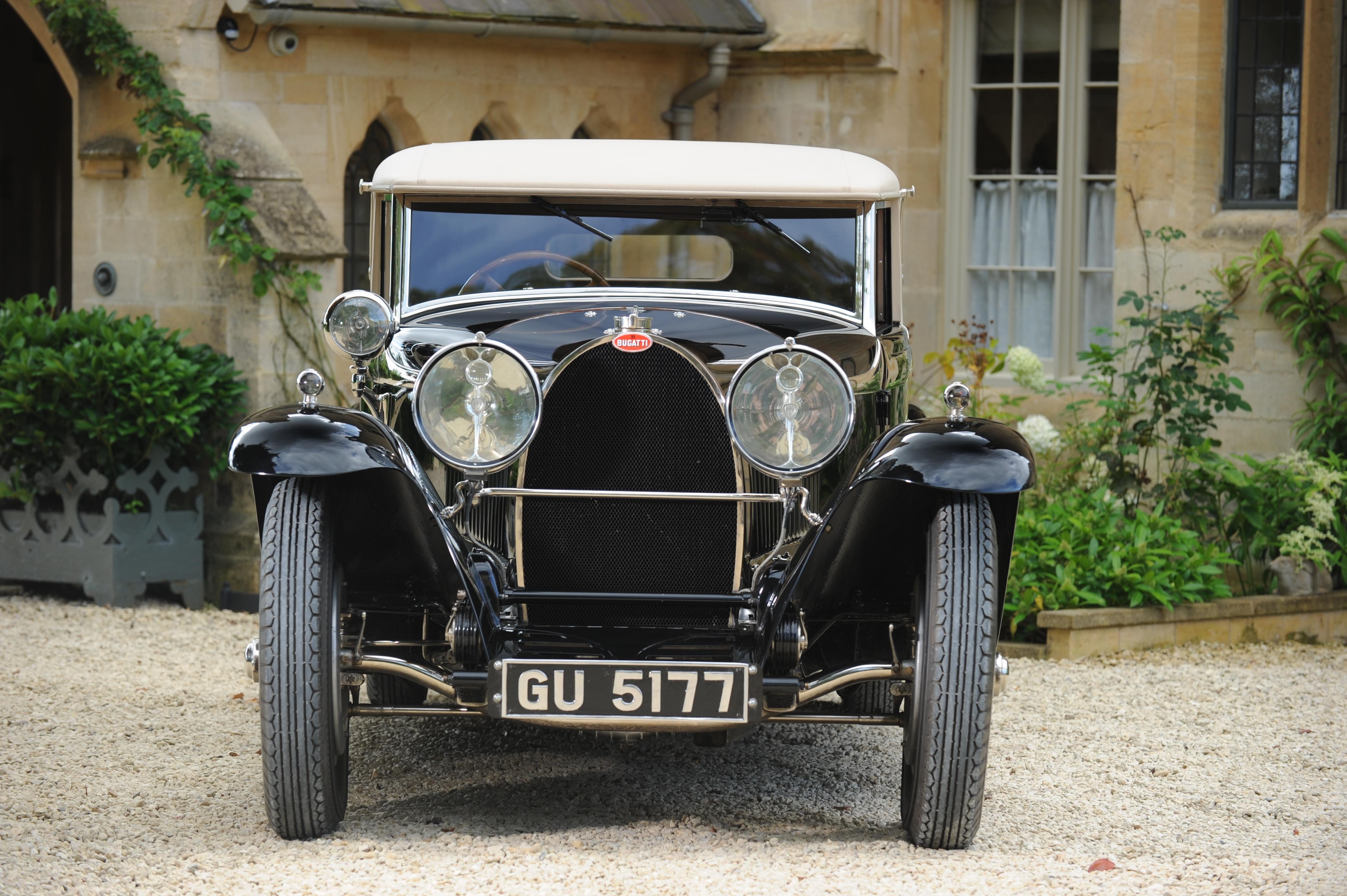