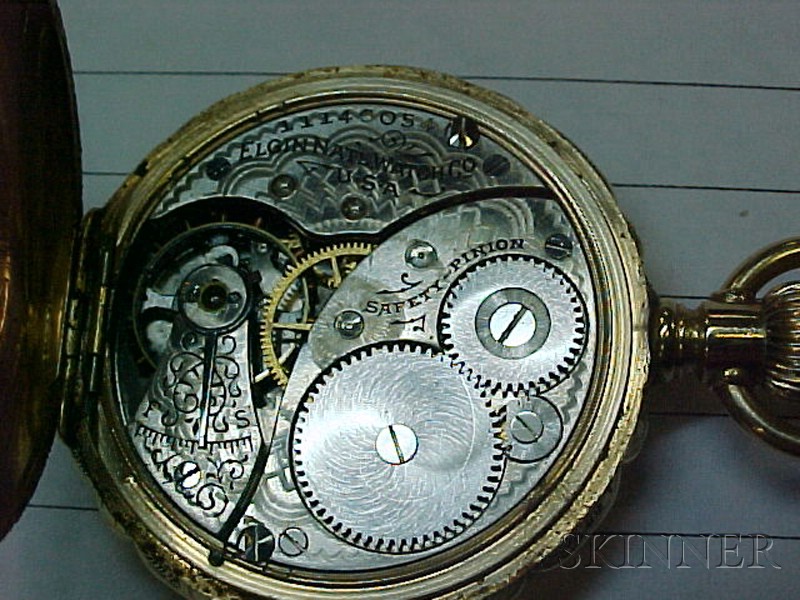 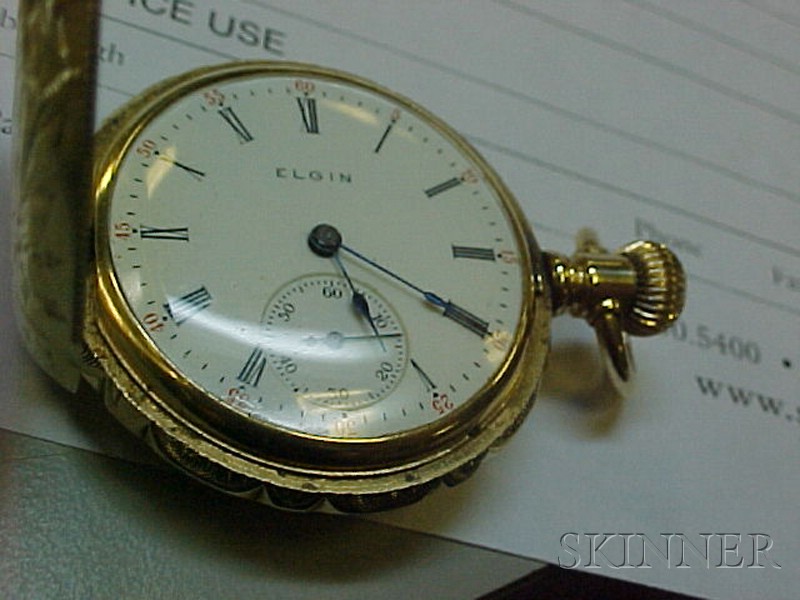 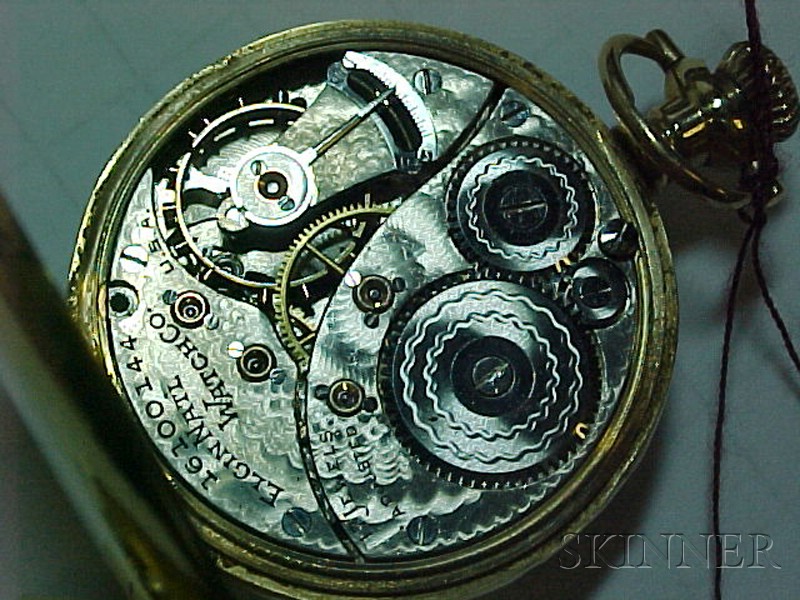 14kt Gold Open Face Pocket Watch, Hodson Kennard & Co., International Watch Co., the goldtone dial with Arabic numeral indicators, 21 jewel, 6 adjustment signed International Watch Co. nickel movement, 45 mm, together with a hunting case Elgin pendant watch, the white enamel dial with Roman numeral indicators, nickel movement no. 11146054, within an engraved case, 32 mm, and an open face Elgin pendant watch, the white enamel dial with Arabic numeral indicators, enclosing signed movement, 31 mm, 75.7 dwt. Provenance: Descendants of the Belle Epoque actress Rejane. Rejane (1865-1920) was a great actress of the Belle Epoque, and an early international celebrity. She was a star of the popular theater, the queen of French comedy, vaudeville and light drama. Her personality and intelligence also inspired the admiration of contemporary artists and intellectuals. She was the ideal Parisienne, a woman of inexplicable charm, elegance, and wit, and a leader of fashion. A muse of the great Parisian couturier Doucet, Rejane was one of the best dressed women in Paris. Aubrey Beardsley sketched her at least six times in his brief career, and no less than three portraits by her friend, the celebrity portraitist Giovanni Boldini survive. Albert Besnard's 1900 Salon portrait of Rejane, in a flowing pink gown, was considered 'epoch making' by contemporary writers, and was 'continually surrounded by groups of worshippers and detractors'. Her likeness was also painted by John Singer Sargent, James Jacques Tissot and Toulouse-Lautrec. Although not a conventional beauty, Rejane inspired her admirers with what one theater critic called a 'fascination' that went beyond admiration of her vivacity, animation and lovely voice. Her close friend and counterpart in the field of tragedy, the actress Sarah Bernhardt considered Rejane a genius. Marcel Proust was first among the intellectuals who were friends and supporters of Rejane. She was an influence in the character of 'La Berma', the actress in Proust's novel The Remembrance of Things Past. Proust told a contemporary journalist: 'I have a cult for Rejane, the great lady who has worn by turns the twin masks (of comedy and tragedy), who has put all her intelligence and all her heart into her innumerable magnificent roles…' He claimed that the memory of her tragic performances sent him into fits of depression. For many, Rejane represented the spirit of the age and what was best in French theater. When planning a flamboyant 18th century-themed costume ball, James Hazen Hyde, the heir to a vast New York fortune, made Réjane the centerpiece of the occasion. The Hyde Ball, heavily attended by high society, was perhaps the most lavish party of Belle Epoque America. Architects redesigned Sherry's restaurant on Fifth Avenue to resemble the gardens at Versailles, complete with an orangerie, turf, armies of flunkies in period livery, several orchestras, and the dancers of the Metropolitan Opera. Rejane appeared as Marie Antoinette, alighting from a sedan chair, and performed a skit written for the occasion. Hyde toasted her as 'The Queen of the French Theater'. The social pages' reviews of the party were very favorable, even if the revelation of its cost, and the source of those funds, ultimately set off the Wall Street scandal of 1905. Among her admirers was Tsar Nicholas II, a person of broad education relative to monarchs of the time. He was fluent in four major European languages and loved French drama. When the Tsar visited Paris in 1896 after the signing of the Franco-Russian Entente, the French government asked Rejane to perform for him at Versailles. In 1897, she traveled to St. Petersburg on the Tsar's invitation to play at the Imperial Theater, which was usually off limits to foreign theater companies. The Tsar's diaries, housed at the Alexander Palace, contain an entry mentioning his enjoyment of her performance. Through emissaries, the Tsar presented her with the ruby and diamond brooch offered as lot 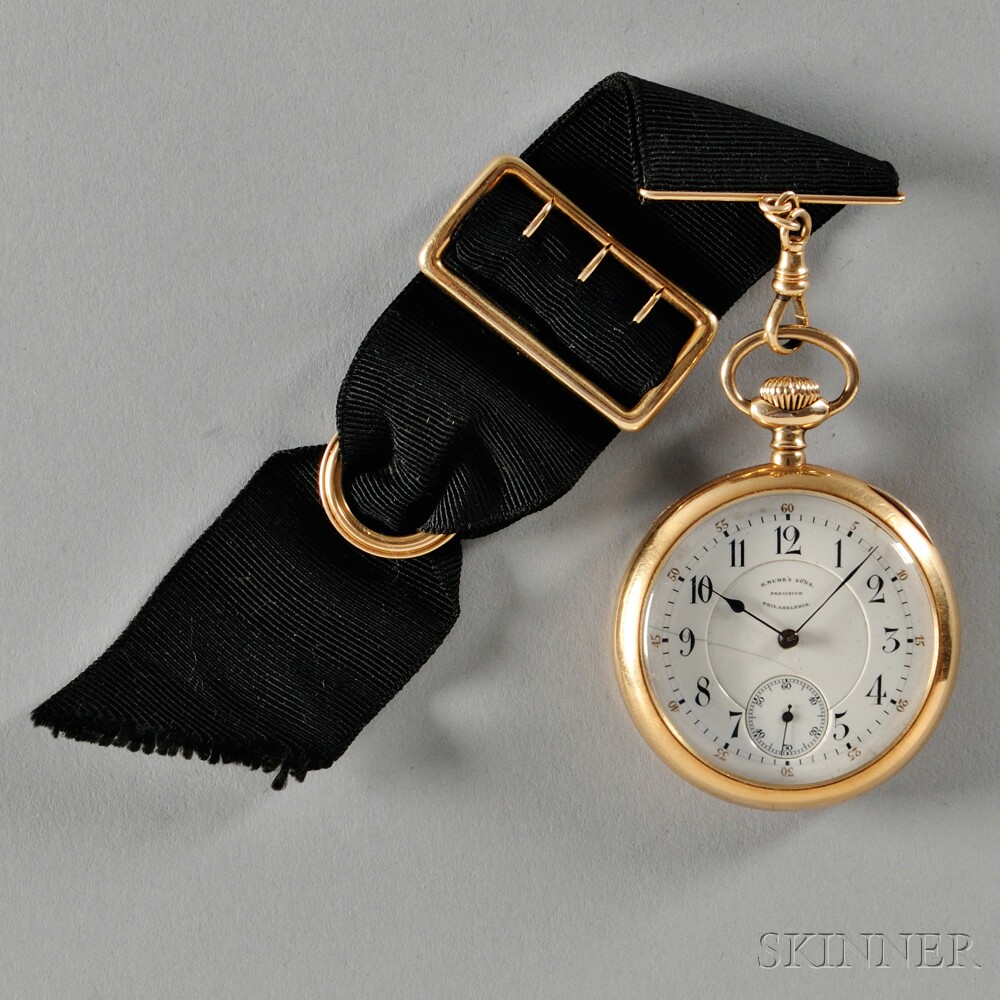 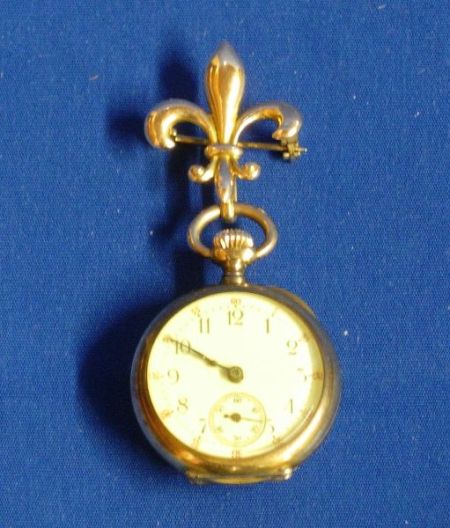 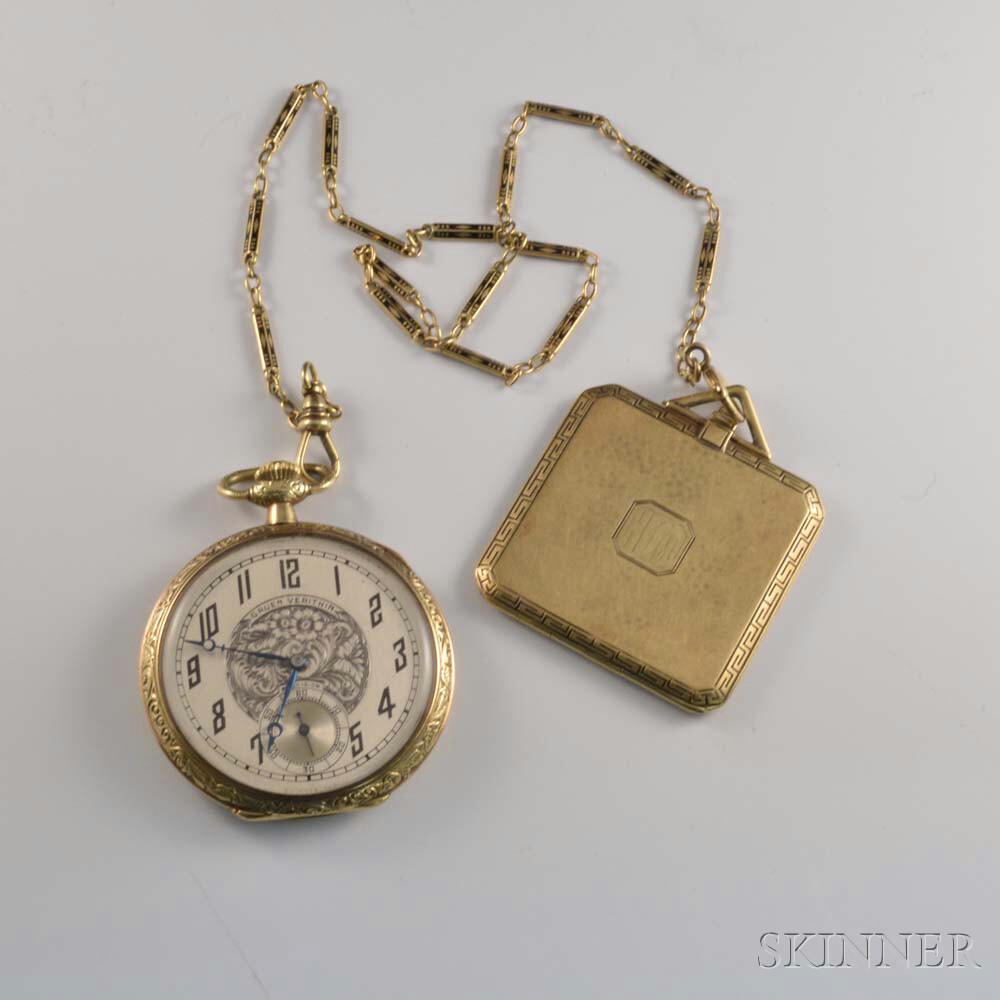 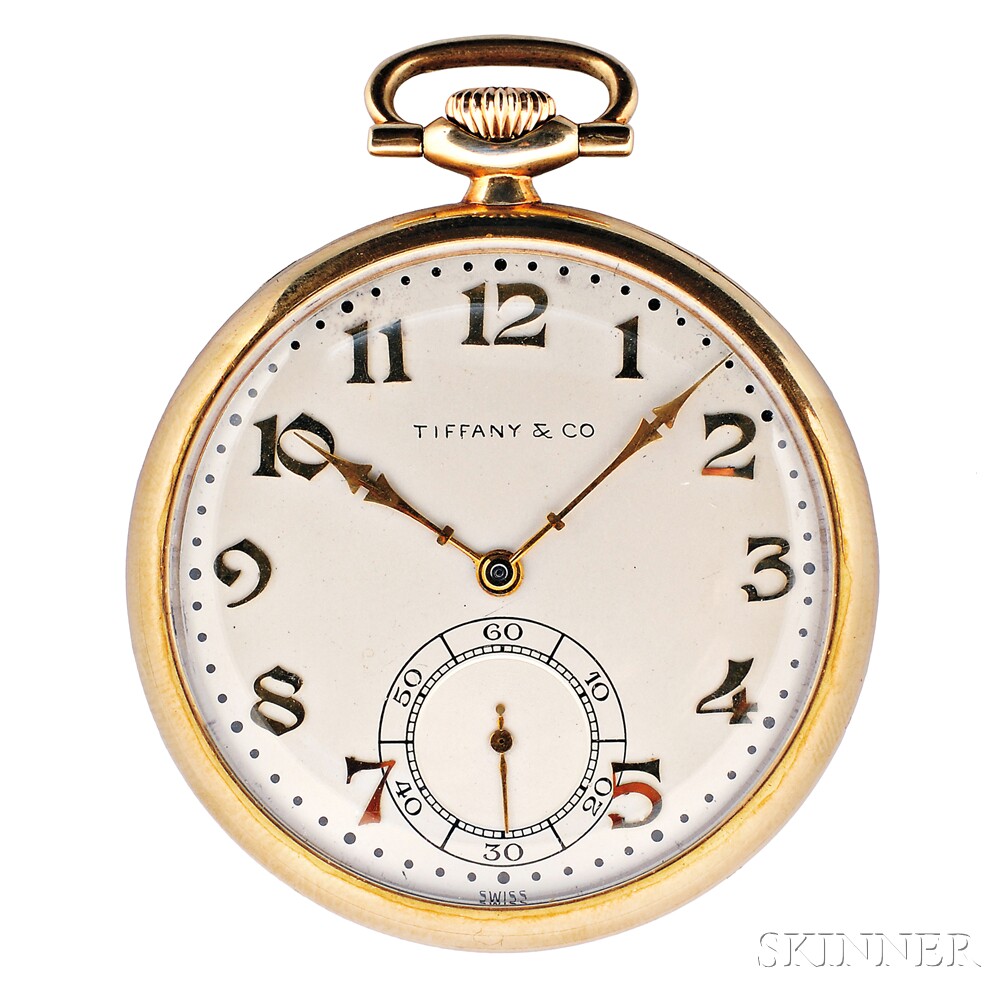