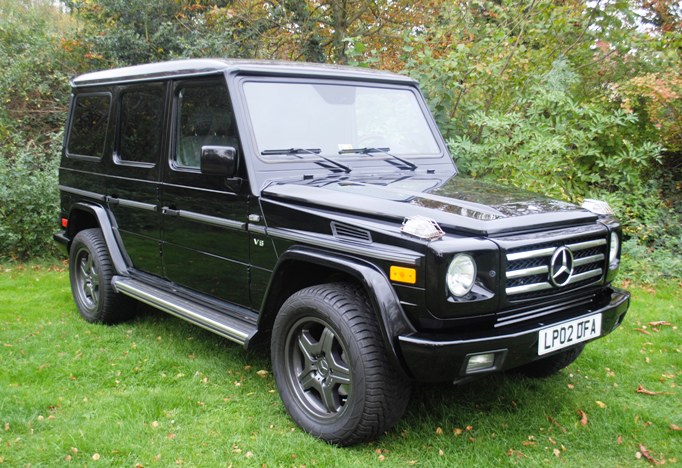 The Mercedes-Benz G-Class or G-Wagen, short for Geländewagen (or cross-country vehicle), is a four-wheel drive vehicle/sport utility vehicle and characterized by its boxy styling and body-on-frame construction. It utilizes three fully locking differentials, one of the few vehicles to have such a The Triumph Tiger 110 with its 650cc OHV Twin was Triumph's fastest production motorcycle to date, developed initially for the American market which wanted a higher power output model. The T100 first appeared in 1954, originally produced with a cast iron cylinder block and head, this was quickly Ariel was a bicycle, motorcycle and automobile marque manufacturer based in Birmingham. Car production moved to Coventry in 1911 and the company name was reused in 1999 for the formation of Ariel Ltd, a sports car producer. The company dates back to 1847 when Ariel made an early pneumatic-tyred In 1957 Aermacchi produced their first sporting motorcycles; the company directors finally realized that the love of every Italian was a bike that looked fast and not luxurious. There were four new models that year: the Ala Bianca (White Wing), Ala Azzurra (Light Blue Wing). Ala Rossa (Red Wing The Harley-Davidson VRSC (V-Twin Racing Street Custom) family of cruiser motorcycles were introduced in 2001 in a single model called the V-Rod, developed by Harley-Davidson to compete against Japanese and American muscle bikes. The 'V-Rod' made use of the Revolution engine, developed jointly with The Ducati Gran Sport, particularly in the 100 and 125cc versions, was incredibly successful between 1955 and 1958 and even after it was replaced by the Ducati F3, many riders in Italy continued to campaign the Gran Sport. The success of the Gran Sport in competition was such that Fabio Taglioni was Bimota's reputation for providing the ultimate in motorcycling thrills had come under threat during the early nineties. Honda's Fireblade, in particular, had proved the Japanese could build light, powerful machines that were anything but bland. The search for an engine to power a new flagship sports Racing versions of the Ducati Mach 1 appeared during 1965, the Mach 1/S and the more exotic 250 and 350 Sport Corsa. The SC was a completely different machine to the Mach 1/S which was a race version of the road motorcycle. The SC, like the earlier Ducati F3 was a hand-built racing machine that The 1950's saw the launch of the popular Bedford S type trucks, the so-called Big Bedford's, which brought the company into the seven tonne range. The S series was immortalised in RL form (a four-wheel drive, high ground-clearance version), as the 'Green Goddess' emergency fire tender, used by the The new 1941 Chevrolet truck's entire front end: hood, louvers, fenders, bumpers, headlights, parking lights and grille were all new. When combined with a 1½-inch increase in wheelbase, the result was a larger, more impressive truck. Chevrolet engineers backed up the truck's bigger look with more The Ford E83W, also sold under the Fordson brand, was a 10cwt (half ton) light commercial vehicle, built at the United Kingdom's Dagenham plant between 1938 and 1957. They were powered by the 1172cc Ford side-valve engine, with a commercial gearbox, and were equipped with a very low ratio 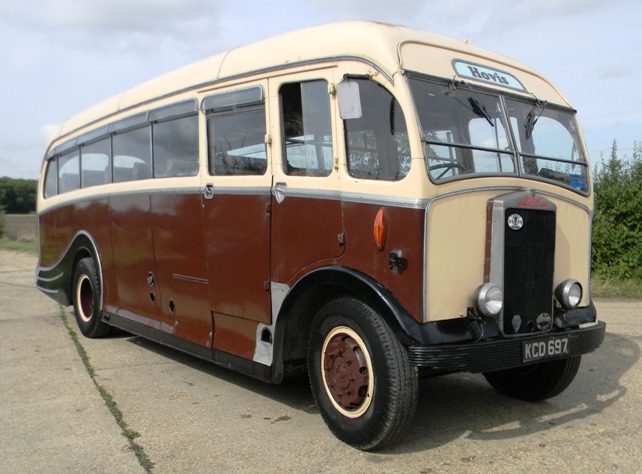 In 1897 Thomas Harrington (1859-1928) started building light horse drawn passenger wagonettes, flys and landaus at his premises in Church Street, Brighton. Within three years the original works was expanded and new showrooms were acquired in King Street. The increasing popularity of the motor car Rolls-Royce Phantom VI seven passenger limousine coachwork by Mulliner, Park Ward was introduced at the 1968 Motor Show and listed as the world's most expensive motor car. The mighty Phantom VI was an exclusive cost-no-object car for an elite and discriminating clientele, indeed a Phantom VI was the The Bentley Brooklands was introduced in 1992 as a replacement for the Bentley Mulsanne and Bentley Eight models. It was intended as a slightly cheaper alternative to the Bentley Turbo R, featuring the same styling, underpinnings and the Rolls-Royce 6.75 litre V8 engine, but without the more Mercedes-Benz have been producing an SL (Sport Leicht) model or range of models since 1954 when the landmark 300SL was unveiled. The similarly styled, but mechanically unrelated, 190 followed in 1955, completing the first generation of cars. The second generation SL's began with the 230 in 1963. It The design of the Prowler was said to have been inspired after Chrysler engineers were given free reign to create whatever they wanted in a 'hot rod' or 'sportster' type vehicle. One of the most striking design features of the Prowler is the open, Indy racer style front wheels. Although he is The TVR Cerbera was manufactured between 1996 and 2003. The name is derived from 'Cerberus', the three-headed beast of Greek legend that guarded the entrance of Hades. The car itself was designed from the start as a four-seater. The rear seats are smaller than the front, a design commonly referred The MGB was first introduced in May 1962 as a direct replacement for the MGA. Performance was brisk with power supplied by a 1798 cc four cylinder iron block engine set within a monocoque lightweight body shell with crumple zones incorporated. October 1965 saw the introduction of the GT and was AK Sportscars Ltd started in the mid 1980's when Ken Freeman decided to build a kit car. Never one to do things the easy way, he spent 18 months making his own pattern and moulds. His good friend Alan Frew (the 'A' in 'AK'), who was in the fabricating business, produced the chassis. Although it The Triumph TR6 was produced between1969-76 and was the best-seller of the TR range built by Triumph when production ended in July 1976; however this record was then surpassed by the angular TR7. In total 94,619 TR6's were built of which 86,249 were sold overseas and only 8,370 were sold in the UK The 911 can trace its roots back to sketches drawn by Ferdinand Porsche in 1959. The Porsche 911 classic was developed as a much more powerful, larger, more comfortable replacement for the Porsche 356, the company's first model. The new car made its public debut at the 1963 Frankfurt Motor Show and The Jaguar XK120 is a sports car which was manufactured between 1948 and 1954. Jaguar's first post-war sports car, it succeeded the SS100, which ceased production in 1940. It was launched in roadster form at the 1948 London Motor Show as a test bed and show car for the new Jaguar XK engine. It 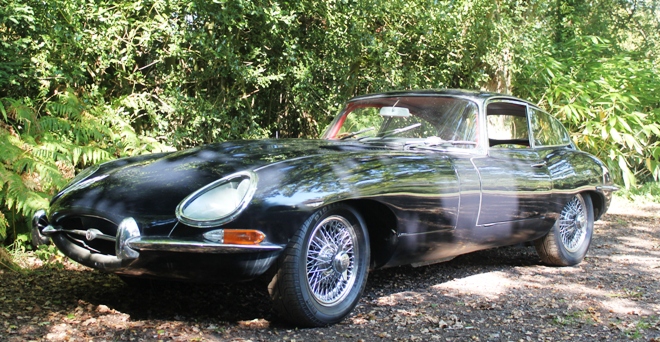 Launched at the 1961 Geneva Motor Show, the Jaguar E-Type was nothing short of a revelation. With its heady blend of supercar performance, breathtaking styling and low price tag, the newcomer left its rivals reeling and customers clamouring. Built as a monocoque with a front sub-frame to cradle the Presented in white with a contrasting black leather interior, this evocative example was the 128 th MG of the Abingdon production line. Used infrequently in recent years and garage stored, this was reported to be the subject of a light restoration in 2002 as well as a brake overhaul in earlier this 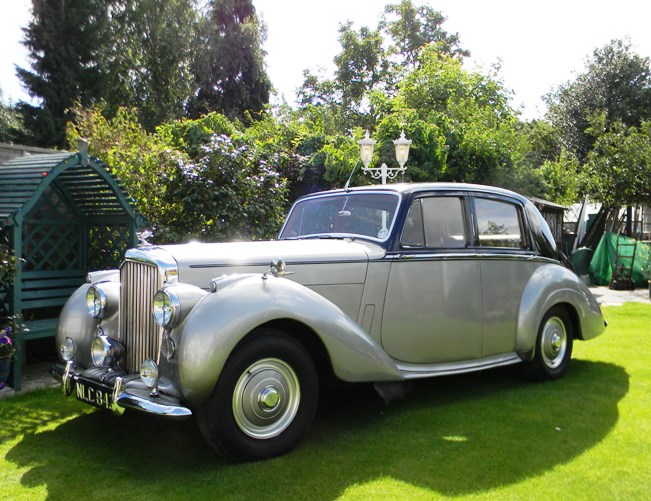 The R-Type is the second series of post-war Bentley motorcars and replacing the Mk. VI. Essentially a larger-boot version of the Mk. VI, the R type is regarded by some as a stop-gap before the introduction of the S-series cars in 1955. As with its predecessor, a standard body was available as well A stunning example of a Rolls-Royce Silver Spur first registered on 7 th October 1982. Supplied by Jack Barclays and only having covered 17,000 miles from new, the condition of this vehicle needs to be seen to be fully appreciated. Finished in Cream with chestnut interior, if you wish to purchase a